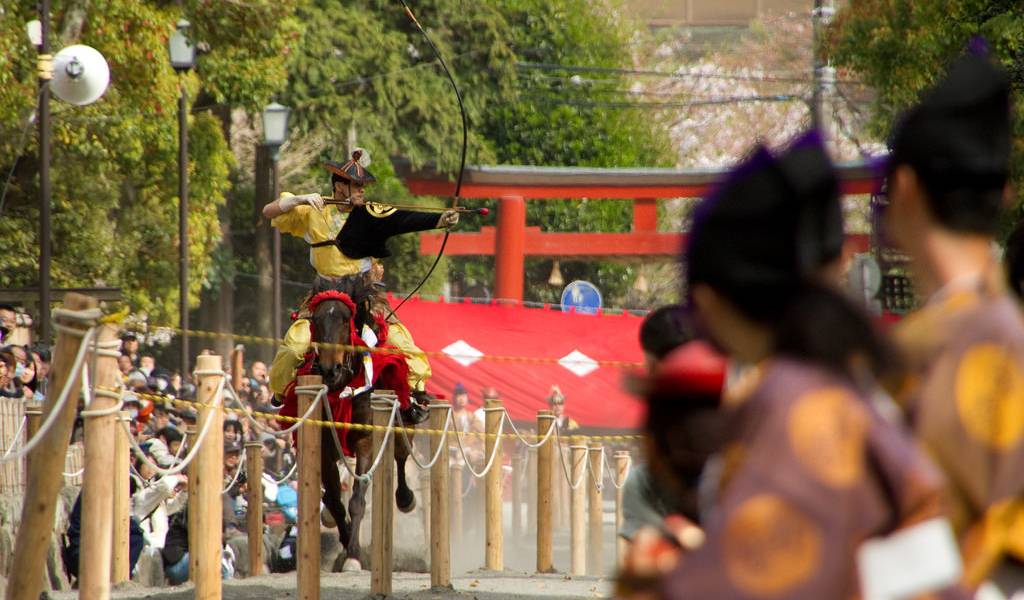 Kamakura Matsuri (April 9-16): The annual Kamakura Matsuri festival features a variety of parades and performances with the highlight being a display of horseback archery (from 1:00pm on Sunday, April 16).

Perfect Liars Club (April 13): A smash-hit comedy story interrogation show hailing all the way from Washington, DC. Four people tell an incredible story—but only three of them are true. Listen, laugh, suspect, interrogate—then vote. Are you shrewd enough to spot the liar? All taking place at Good Heavens bar in Shimokitazawa. Advance tickets are 1,700 yen and include a drink.

Downtown Drinks #17 (April 14): No plans Friday night? Come hang out with the TC crew and fellow readers at Commune 2nd for some drinks, food, and a casual hangout vibe.

Asakusa Yabusame (April 15):This is a chance to watch yabusame, the impressive Japanese martial art of horse-mounted archery in Asakusa. While there are a few yabusame events throughout the year, this one in Asakusa is most spectacular due to the high performance levels of the archers. Also, April is still cherry blossom season, targets are loaded with pink and white confetti symbolizing the petals of the blossoms—when they are hit, they burst and the confetti flies much to the delight of the viewers.

Paper Expo (April 15-16): All your stationery needs can be met this weekend at the Paper Expo. Choose from a myriad of colorful, creative or subtle Japanese designs on a range of goods—from notepads, to cards, sticky notes, and even tape.

Late-blooming cherry blossoms (mid to late April):  It’s not too late to see cherry blossoms! While the iconic five-petaled Somei Yoshino are mostly gone, there are plenty other varieties that are just as beautiful and blossoming all around Tokyo. Or if you had your fill of the sakura season, check out these flower festivals including wisteria and tulips, among others.