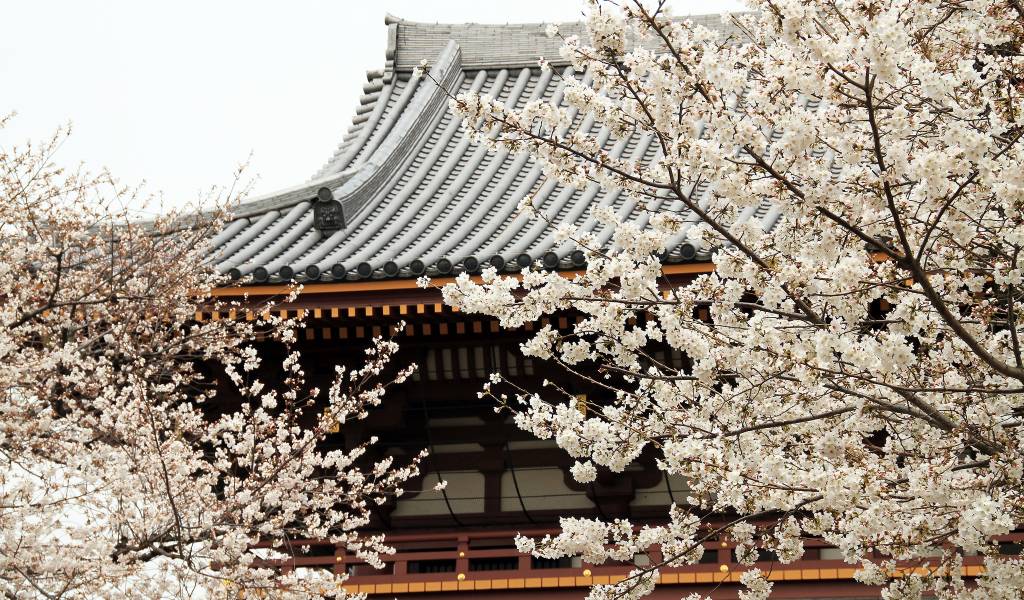 Plum blossom season is here, so what better time to share one of our favorite spots to see some pink-petaled beauties. And that spot is Ikegami Plum Garden it Tokyo’s Ota Ward—home to over 370 plum trees, made up of 30 unique varieties. The garden measures about 8,000 square meters, and was originally an artist’s studio before it became someone’s home and later was granted to the ward to be opened as a public space.

Upon your approach to the garden’s entrance the first thing you see is the slope covered with beautiful plum trees welcoming you in with their vibrant colors. Along the side you will also notice two small houses that each have a traditional tearoom occasionally used to entertain visitors.

If you have some time to spare, why not enjoy Ikegami Honmonji just around the corner? This beautiful temple belongs to the Nichiren Buddhist sect which believes everyone has an inherent Buddha nature in them. This teaching contrasts with other sects which believe that one gradually becomes a Buddha over the course of many lifetimes. The temple grounds are quite vast encompassing many impressive buildings housing the living quarters and training facilities of the sect’s monks. The main temple is truly dwarfing with its elaborate dragon painting looking over you from the ceiling.

The oldest building is the five-story pagoda. The pagoda reaching to the sky at almost 30 meters in height was built in 1608 and survived the extensive bombing of Tokyo during World War II which spared few of its counterparts. The main temple itself for example did burn down and was not rebuilt until 1964. 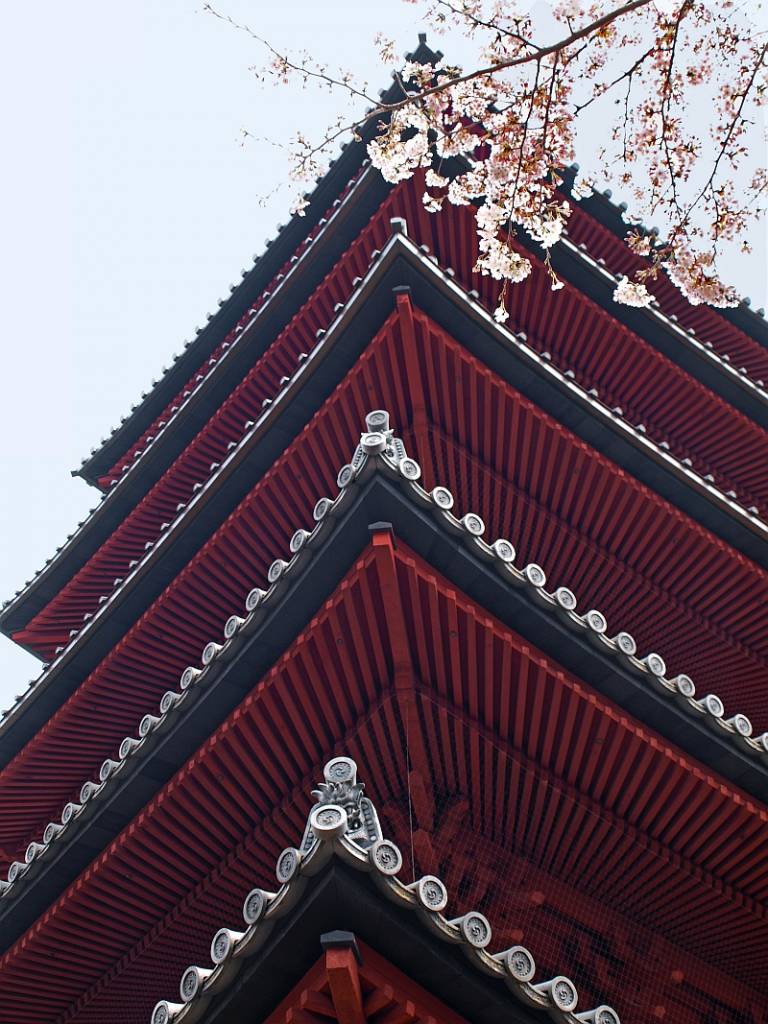 As you walk around the grounds you may find yourself in the temple’s cemetery. No worries, it is perfectly fine as it here that you will find a small red pagoda named Hoto. This peculiar structure is built on the spot where the sect’s deity, Nichiren, was cremated and is quite a surprise find to conclude your visit.

Ikegami Plum Garden is just a short walk from Nishi-Magome Station on the Toei Subway Asakusa Line or Ikegame Station on the Tokyu Ikegami Line. The garden opens to the public around 9:00 until 16:30 with a last admission at 16:00 for a minor fee of 100 yen for adults and 20 yen for children between 6 and 15 years of age. Ikegami Honmonji Temple is just around the corner and is open all day for free. Overall, the best time to visit the garden and temple is late February until the middle of March when the plum blossoms are generally in bloom.

Written by: Bjorn
Filed under: Outdoors and Nature
Tags:
Sharing
Questions or comments about this article?
Start a thread on our community forum
Ask our local experts about Tokyo