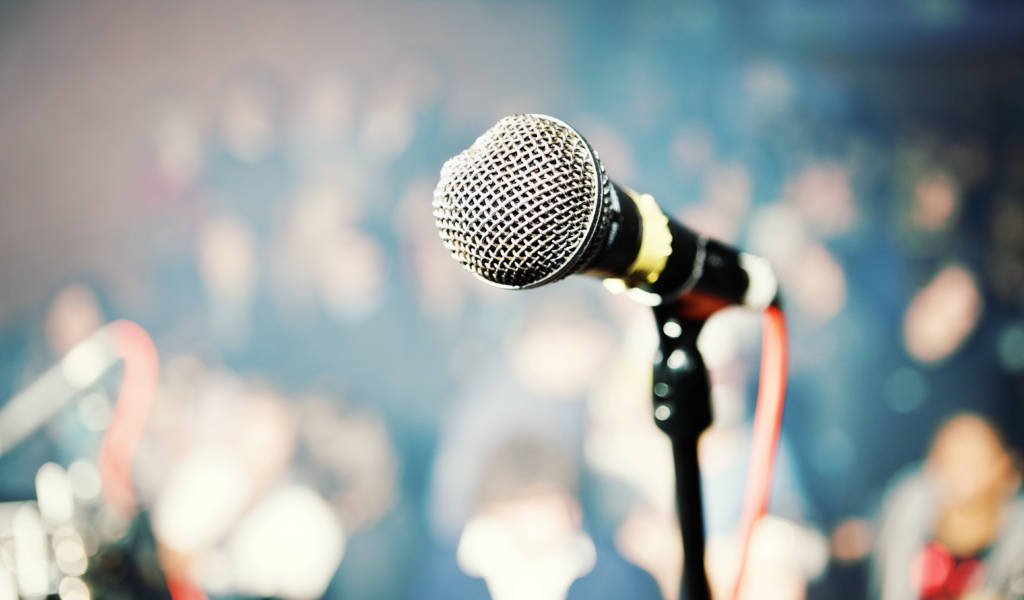 If you’re bored of Netflix and want some cerebral stimulation for Tokyo’s colder nights, where do you go? Luckily there’s a busy scene of creatives hosting nights of comedy, poetry and talks!

While live music is easy to find, spoken word and open mic nights are a bit more of a challenge in Tokyo, with word-of-mouth ironically not always being the best method of promotion. Whether you’re into poetry, comedy, talks or art, there’s something for everyone—it’s just a matter of knowing where to go.

There is a great variety of comedy nights in Tokyo, ranging from your traditional stand-up to improv to storytelling. While there are plenty of free nights dotted throughout the month, the regular paid events are usually reasonable, include drinks, and have a nicer atmosphere since people have paid to be there, rather than wandering in by chance. Here are some of our favorites:

Wednesday nights in Shimokitazawa have become Tokyo’s go-to comedy night, and with good reason. With ever-increasing audiences, the mid-week shows have been drawing local regulars, newcomers and visiting performers from across the world to take to the stage. With around 10 acts a night, weekly spots held open for first-timers and a mixture of styles including raconteurs, one-liners and songs, there’s something for everyone.

There are also monthly shows and occasional international headliner shows with special guests: previous acts include Hannibal Buress and Yuriko Kotani, so the  bar has been set high! If you would like to take part, contact Stand Up Tokyo on Facebook/email/Twitter to book your first slot.

A show of two distinct halves, Improvazilla is the biggest improv night in town, held on the last Friday of every month (except December) in Shibuya. During the first half, the stage is filled with a variety of games, genres and stories, while the second is an on-the-spot musical based on a title suggested by the audience. With creativity overflowing and surprises around every corner, the audience participation adds a friendly and interactive atmosphere to the night.

Tickets are ¥1,500 and there is a one drink minimum—you can pay on the door or reserve a table on their site for a better view.

In its own lovely category, Perfect Liars Club is always a sell out with a steady following. Started in Washington DC, with another in London, the show’s creators moved to Tokyo—and luckily the show came with them. A laidback and friendly night, it involves four people telling a story of their choosing to the audience, but only three are telling the truth. It is up to the audience to pick holes in, untangle and clarify their stories with questions after the break, with the whole crowd working as a team to catch the liar.

This is a really welcoming night, great for groups or if you’re on your own, since you’ll soon be discussing flaws with your neighbor! Tickets are ¥2,000 to ¥2,500 and include a drink, you can reserve online and we would recommend it to avoid disappointment!

With more nights being imported from far-flung countries, and plenty of new and longstanding nights originating in Tokyo, you can try out slam poetry, listen to tales from the lives of others and learn about everything under the sun at these events!

Slam poetry with an optional theme, DPSG is a long-running night with over 40 shows, and plenty of poetry to prove it. Readers get a maximum 20-minute slot, but anything from a minute is fine to bring to the stage, with a real mix of styles and content throughout the night.

With plenty of regulars the show is always interesting and has a great mix of seasoned veterans and newcomers keeping things fresh. To take part, arrive when the doors open at 7 pm to sign up! Entry is ¥1,000 and the first readings start at 7:30 pm at Bar Gari Gari in Setagaya.

A night of true stories told by their protagonists, Apocrypha aims to help the audience answer some of those 3 am questions that never really go away. Inspired by shows like ‘The Moth’ and ‘Risk’, speakers share personal events from their lives, developed into stories with which the audience can relate. Organized jointly with the Yokohama Theatre Group, each night has a theme (previous nights have focused on first times, fear and in retrospect).

Another addition to Tokyo’s nights out from Washington DC, Nerd Nite is an evening for geeks and drinks, with talks covering science, curiosity and more. Often taking place at Nagatacho Grid but not always, each monthly night features three speakers who give a guest talk on their special subject. Previous topics have ranged from The Tragedy of Macbeth, The Importance of Failure, Artificial Intelligence and The Psychology of Magic—so there will be plenty to surprise even the most well-informed attendees.

A night with a simple concept: the name is taken from the Japanese word for the sound of chitchat and the event focuses on the design community. It uses presentations with a very precise format: 20 images for 20 seconds, allowing people to share their work and experiences in a relaxed environment. Running since 2003, the style keeps things short and concise, with speakers covering every possible kind of subject, with plenty of guest speakers making appearances, from freedivers to women in industry (check out the featured video of the Tokyo marathon runner for an idea of the style).

The event has snowballed from a one-off night in Toyko to over 1,000 cities. It is a guaranteed good night and a great community. Doors open at 7 pm and the presentations begin at 8.20 pm (20:20 of course) often at Nagatacho Grid or the Core K, but locations can vary. If you would like to take part, there is a form on the website.

If words aren’t quite your thing and you feel more at home with a pencil in hand, there are some events for you too. Whether you prefer an evening group with its own twist on life-drawing or a casual Sunday meet-up, Tokyo has options for the artistically gifted (and those who just want to give it a go).

With one of the best names on the circuit, this is an alternative art event where artists, newbies and scribblers alike meet up to drink and draw burlesque models in downtown Tokyo. Providing models and fun since 2006, the unusual art club is held every third Wednesday of the month in cafes around Shibuya. Popular all over the world, there are always great models with a variety of styles, so you can try something new! There is no need for you to be skilled, just willing to try (and the drinks help too). Entry is ¥2,000 and includes a drink.

This article was first published in 2016 and was last updated in December 2019. While we do check events regularly, details are subject to change so please check in advance before attending.