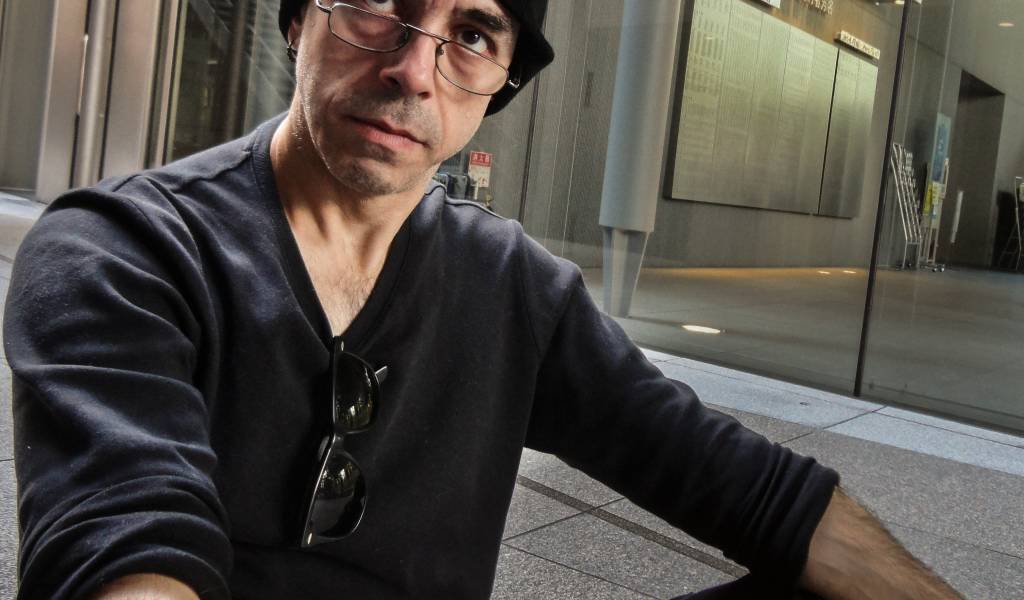 Get to know Grigoris, resident cheapo and expert on all things traditional. His love and super knowledge of the Japanese culture brings much appreciated and highly valuable insider tips and tricks on getting the ‘real Japanese experience’. He’s to thank for the knockout articles on how to really visit and enjoy Sensoji, where and when to see some impressive displays of martial arts (with years of practicing martial arts himself, he’s learned a thing or five about samurai), and even where to get a real deal ryokan experience in the heart of the world’s biggest metropolis.

I had a thing for Japan since I was a child; probably something I heard or saw made an impression but I can’t really remember when or what it was. From my early teens on, I’ve been gathering all Japan-related information I could lay my hands on, then I got involved with the martial arts and Zen Buddhism and the connection became even deeper so you could say that coming here was inevitable.

I’m a freelance journalist and occasional photographer. Recently I also got involved with teaching (I know, very original) but not English; believe it or not there are Japanese who want to learn Greek so I’ve got a few of them.

4) Briefly describe a typical day in your life?

I get up at 06:00, walk my wife to the station, return home and work, take a break and go out for errands (or use errands as an excuse to walk around and take pictures), return home, do some chores, work some more, study Japanese (a work in progress etc.), do zazen, pick up  my wife from the station, have dinner (occasionally out but usually in) and go to sleep. Life on the fast lane in the world’s greatest metropolis, huh?

I’ve been writing professionally since 1989: I went to a 2-year journalism school (journalism wasn’t taught in college in Greece back then), started working immediately after that and since then I have written in dozens of publications (newspapers, magazines, newsletters, flyers, posters—if it comes to writing, you name it, I’ve probably done it at least twice). I’ve also done quite enough translation work (GR<->EN and lately some JP->EN as well): 54 books and literally countless other documents of almost every conceivable kind.

Despite its colossal dimensions, it’s very livable; also it’s extremely interesting and even though some people might think this is a trivial thing to say, in my book it’s one of the most important qualities for a place. Furthermore, and again this is quite surprising considering its size, it is quiet and subtle—it doesn’t overwhelm you or, at any rate, it doesn’t overwhelm me, it didn’t even on day one. As for what I dislike, I’d say the crowds: it’s impossible to do almost anything in Tokyo without having to compete with several thousands other people. On the other hand, if it was less crowded it wouldn’t be Tokyo, so…

Photographic equipment I guess—and books. I’m rather frugal though, or at least I became since I came to Japan. I grew up in a 200 m2 house so I got used to having lots of stuff (again, mostly books) but here you get to reexamine your needs and stick to what you really can’t do without because there’s only so much stuff that can fit in a typical Tokyo house. Oh, I also buy a lot of tenugui hand-towels: I have a sizable collection of those.

10) Do you have a website/social media account for people/stalkers who’d like to find out more about you?

Several: I have been covering the Internet industry since the mid-90s so I have accounts pretty much everywhere. You can find them all in my About Me page, but I’m particularly proud of a thing I do for my neighborhood, Asakusa, on Pinterest;  my blog, “Nihon Arekore”; and the “Letters from a floating world” essays I write for a Greek-Japanese website called (what else?) “GreeceJapan”. The latter is a proof that I occasionally write a little more seriously—or at least that I pretend to.