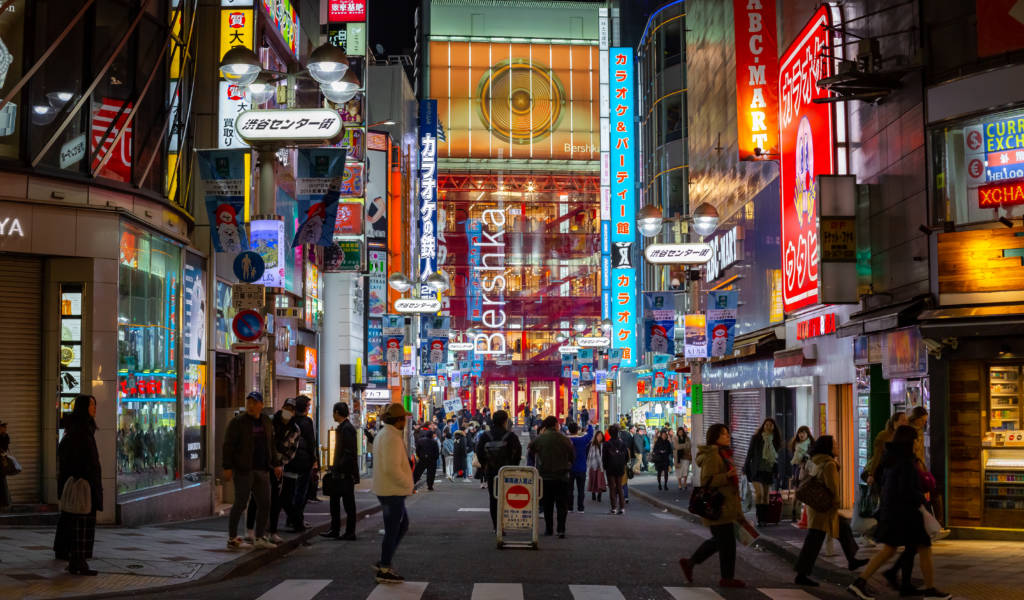 When planning an overseas trip, you can sometimes feel overwhelmed by the sheer volume of information available to you about accommodation, food, activities, and transportation.  Whether in print or electronic form, somebody is bound to have their own opinion on the ‘must-see’ attractions of a given city.

So much choice, though, can be a hindrance rather than a help.  Sifting through millions of blog posts about Japan can no doubt leave readers in an indecisive knot.  This discomfort is only compounded for travellers who are time-poor or whose budgets are poor-poor.

As part of the solution, Tokyo Cheapo has compiled a list of five blogs about Tokyo that provide very personal, albeit practical, advice about making the most out of your trip to Japan’s capital city.  Each blog post gives a humorous and sensitive take on what makes Tokyo an ideal destination for individual travellers, couples, and those with children in tow.

Leave Your Daily Hell: ‘30 Pictures that Will Make You Want to Visit Tokyo’

With an approachable writing style, exquisite images, and an exceedingly photogenic face, there’s very little to dislike about Robert Schrader.  Leave Your Daily Hell is all about escaping the 9-5 slog and beginning to see the world in a new and different light; in other words, it’s a “one-stop shop for anyone who wants to break free of monotony, see the world and start living.”

In ‘30 Pictures that Will Make You Want to Visit Tokyo’, the anticipation with which Schrader viewed his upcoming trip to Tokyo rubs off on you, the reader, very quickly.  We can easily relate to his feeling of disappointment when he realises that after taking into account jet leg and transportation to his next destination, he would in fact “only have four full days in Tokyo.” But Schrader manages a well-rounded itinerary of Tokyo during his limited stay, visiting popular locations like Senso-ji, Yoyogi Park, and Tsukiji Fish Market.  He also squeezes in a side trip to Nikko, which, much to his relief, isn’t a destination fit only for the 60 and over demographic.  Schrader’s travelogue is filled with characters both from within and outside of the blogging community; special mentions, however, go to Andika, a Leave Your Daily Hell reader from Indonesia, and Sabrina of Just One Way Ticket.

For TCs hoping to do more travelling around Japan, have a look at Schrader’s other posts, such as ‘The Cutest, Cuddliest Islands in the World’ and ‘These Japanese Cedars Pre-Date Civilization’.

Never Ending Voyage: Because Life Is Short and the World Is Large

Let’s face it.  When travelling, it’s very easy to be a man-about-town and want to live large.  You have every intention of sticking to your budget, but hey, it’s just only one extra drink, or a box of chocolates for your work colleague, or another plush toy for your niece that you’re going to purchase, so it can’t matter too much, can it?  Wrong.  When you only have limited funds and are going to a country which, however wrongly, has been cast as prohibitively expensive for travellers, it’s important to keep on top of your expenses, lest you’re left high and dry halfway through your holiday.

As perpetual travellers, Simon Fairbairn and Erin McNeaney of Never Ending Voyage know a thing or two about budgeting wisely.  Having given up their jobs and rented out their house in March 2010, Fairbairn and McNeaney are a self-described ‘digital nomad couple who sold everything to travel the world indefinitely.’  In ‘How Much Does It Cost to Travel in Japan?’, they provide handy tips on how to cut down on accommodation costs, for example, house-sitting as an alternative to capsule hotels and hostels.  In the section entitled, ‘Money Saving Tips for Japan,’ Fairbairn and McNeaney offer pretty sound advice when they say “eat in cheap noodle places, often found near train stations.”

Much of their advice is well worth taking, for example, not tipping (“It’s not expected here and can even offend.”) and avoiding taxis in Japan.  Fairbairn and McNeaney also recommend buying “beers from a vending machine or convenience store instead of bars” to cut down on costs.  As another Cheapo writer has pointed out, though, higher quality alcohol than what is typically available at your local conbini can be purchased at discount stores such as Liquor Off.  Also, as regular TCs will note, alcoholic drinks when part of a nomihodai (all-you-can-drink session) can be very cost effective as well.  That way, visitors and locals in Japan’s needn’t sacrifice on soaking up the unique ambience of the country’s drinking culture due to shrinking wallets.

As many travellers have no doubt observed, Tokyo is a city of contrasts.  With centuries-old shrines and temples as well as teeming skyscrapers, Tokyo straddles the old and new.  Guest blogger, Trupti Devdas Nayak of Exploring the Blue Marble, writes lyrically in ‘Tokyo Temples (Photo Essay)’ of her time visiting Senso-ji and Meiji Jingu.  Like her photographs, her words capture the brilliant colours and majesty of Tokyo’s oldest temple: “The massive paper lanterns are gilded with gold paint, the towering five-tier pagoda glows as though on fire against the backdrop of the gray sky”.  For her, “no visit to Tokyo is complete without stepping into this sacred space.”

Nayak’s visit to Meiji Jingu was no less memorable than that of Senso-ji.  Having visited this Shrine during mid-November, Nayak witnessed a procession of children commemorating Shichi-Go-San, a festival marking the transition of three and seven year-old girls and three and five year-old boys into middle childhood.

Vicky and Dave are the sweethearts behind A Couple Travelers, a blog that emerged from a mutual dissatisfaction towards the monotony of “cubicle corporate America”.  Vicky ditched her career as an accountant and Dave his work as a business analyst in Washington, DC, to go on a backpacking journey across Asia and Europe.  During this time, Vicky and Dave compiled a list of their ten must-see attractions in Tokyo.  The list features expected highlights such as the Imperial Palace and the Shibuya Scramble, although surprisingly the Tokyo Stock Exchange is placed at number three on the list.

My Little Nomads: ‘Tokyo with Kids – The Ultimate Guide’

Tokyo doesn’t necessarily stand out as a kid-friendly destination, what with its noise pollution, extreme pedestrian traffic, and strict social customs and etiquette.  This is all before mentioning the plethora of adult entertainment on offer; suffice it to say that for every itch there is someone—or something—with which to scratch it.

That being said, David Robert Hogg of My Little Nomads is out to prove that travelling with kids not only in Tokyo but all around the world can be a rich and insightful adventure.  For him, travelling with children opens up a range of opportunities to connect with locals and fellow tourists which are not necessarily accessible to those travelling alone or as a couple: “even the most jaded and shady taxi driver… will let his guard down when he sees your kids.”  Hogg has most likely fixed permanently to the brim of his nose rose-coloured glasses when witnessing the interaction between his own children and strangers, but he does have a point in saying that travelling with children is indeed an incomparable experience.

In ‘Tokyo with Kids – The Ultimate Guide’, Hogg suggest plenty of outdoor activities and museums to satisfy the most active of youngsters and even bring out the kid in the most intractable of adults.  A highlight of the Lego Museum for Hogg was a game “where you try to walk through a hallway the fastest while avoiding laser beams.” Free admission to the Fire Museum in Yotsuya means both kids and adults can interact with the real-size trucks and helicopters on display.  Hogg also provides useful advice for finding reasonably priced accommodation for families while visiting Tokyo.

Written by: Liz
Filed under: Living
Sharing
Questions or comments about this article?
Start a thread on our community forum
Ask our local experts about Tokyo