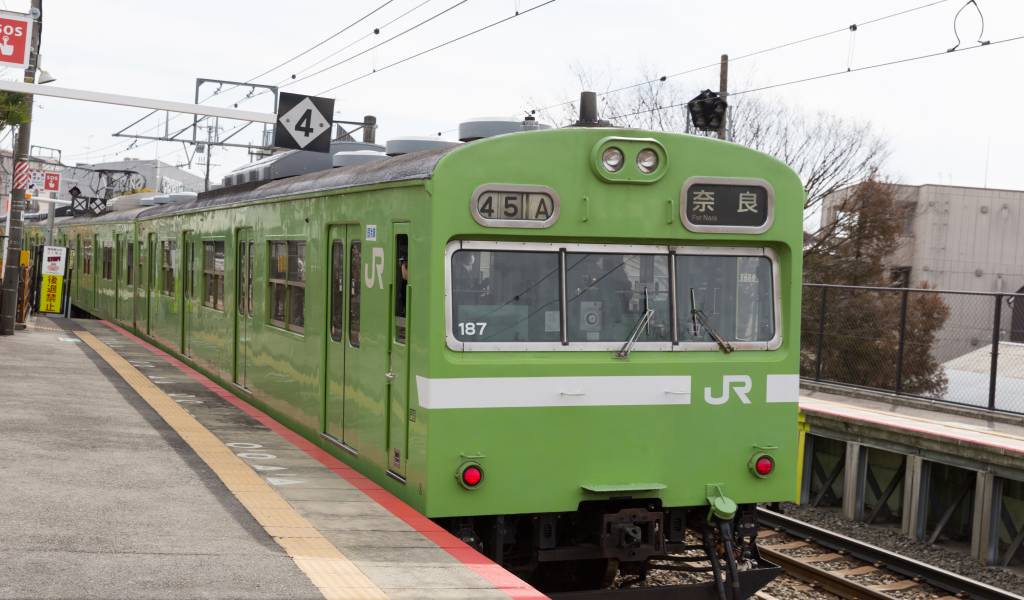 Tokyo to Nara: The Fastest and Easiest Ways of Getting There

Nara is a sizeable prefecture just south and east of Osaka in the Kansai region of Japan, and one that’s increasingly giving Kyoto a run for its money as top spot to visit. Stuffed full of Buddhist temples, sacred deer and sakura-covered mountains, it should be on any traveler’s bucket list. Nara City was once the capital of the country, and its history can be sensed on every street corner. Here’s how to get from Tokyo to Nara to begin your journey down one of Japan’s most important memory lanes.

Note: If you’re planning on making any other domestic trips while you’re visiting Japan, buying a Japan Rail Pass is highly recommended, as it gives you virtually unlimited bullet train rides for 7, 14 or 21 days. If you’re traveling from Tokyo to Nara, Osaka or Kyoto, and then down to Hiroshima, for example, the pass will more than pay for itself.

However, if you’re only doing a quick run to Nara, Osaka or surrounds, a one-way bullet train ticket may be, well, just the ticket. But read on for a full breakdown of your travel options.

Shinkansen (bullet train) from Tokyo to Nara: The easiest option

Getting from Tokyo to Nara is super quick via the Shinkansen, taking around 2.5 hours from Tokyo to Kyoto Station, and then about 50 minutes from there to Nara Station via the JR Nara Rapid Line (a regular train). The Nozomi is the fastest bullet train available on this route, though if you have a Japan Rail Pass you’ll be limited to the very slightly slower Hikari and other models.

The slowest Shink is the Kodama—it’s an old model that takes upwards of 3.5 hours to make the journey from Tokyo to Kyoto. In general, this slowpoke is best avoided, but taking it can be a way to save money. See below for more on that.

Taking bags on the bullet train

During peak season, which encompasses spring and summer holidays, Golden Week and New Year, a one-way bullet train ticket + onwards ticket purchased at the station will cost you around ¥14,650 (on the Nozomi). Taking the Hikari and traveling during low periods will shave a few hundred yen off the price. To hang onto a few more coins, you can opt for unreserved seating (jiyuuseki), but this might mean standing for the entire journey. It’s better to go for reserved seating (shiteiseki) and ensure a comfortable ride.

The best way to bring down the cost of bullet train travel is by taking advantage of a JR Pass, which is available to short-term visitors to Japan. Another possibility is purchasing a Puratto (Platt) Economy Plan ticket for the Kodama from Tokyo to Kyoto—these are sold by a company called JR Tokai Tours for ¥10,300–¥11,600 a piece.

Flights are the next option most people consider, and indeed you can fly from either Haneda or Narita Airport in Tokyo to Kansai Airport in Osaka in about 1 hour 20 minutes. Specials are often available on Japan’s low-cost carriers, but it’s a good idea to work out the transfer times and costs (on both ends) before booking your ticket, as these can quickly add up to make it a bit of a bum deal.

Highway buses from Tokyo to Nara

A budget way of getting from Tokyo to Nara is simply hopping onto an overnight highway bus. One-way tickets usually start around ¥5,000, though prices may be lower depending on the season. Buses depart from major train stations in Tokyo, such as Shinjuku, between 9pm-11pm at night, rolling into Nara around 6:30am. The buses also stop in Kyoto and Osaka. See what’s available for your travel dates.

A less common way of getting from Tokyo to Nara is by taking local trains. While this can take a full day or longer, it can save you some pennies—especially if you snag a Seishun 18 discount ticket. Available in spring, summer and winter, these rail passes cost ¥11,850 and allow five days of travel (consecutive or not) on local and rapid JR trains. One pass can be shared among a group, for example giving five people one day of train travel for ¥2,370 each.

To see what routes you can take with a Seishun ticket, play around on Hyperdia—just uncheck all of the boxes except for Japan Railways and local. When we last checked, the trip from Tokyo to Nara looked like it would take roughly 9-10 hours, with six transfers needed. Without a Seishun 18 ticket, the regular cost was ¥7,880, making an overnight bus or flight a better bet.

Summary of transport options from Tokyo to Nara

Hands down the easiest and most convenient choice is the Shinkansen from Tokyo to Kyoto and then a connecting train to Nara, particularly if you have a Japan Rail Pass. The cheapest option is often a highway bus.

You could also rent a car and drive from Tokyo to Nara. However, unless you’re traveling in a group, this is not very economical—the gas and highway tolls can really add up. It’s not very environmentally friendly either, nor is it quick or even particularly scenic.

Pro tip: Read our guide to what to do in Nara once you arrive.