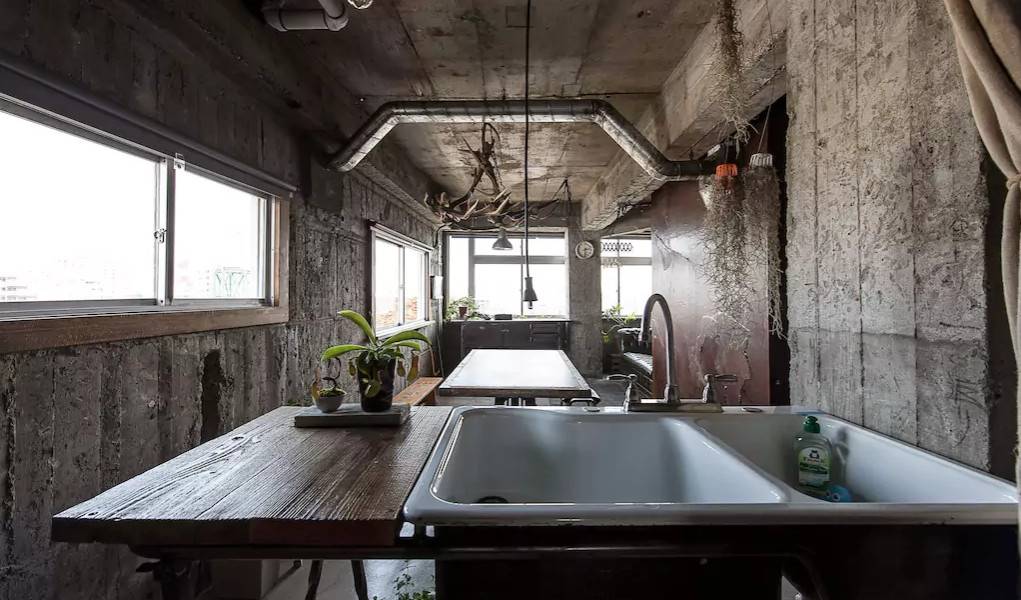 Tokyo Gets Creative with These 7 Unusual Airbnbs

Hotels all look the same, you’re over hostels and you want to set up a good base for your explorations. Airbnb is the answer—and there are plenty of unusual choices in Tokyo.

Despite the slightly contentious legal status of Airbnb in Japan due to the new(ish) Minpaku Law, they are fast becoming the preferred choice for many travellers who don’t want a generic hotel experience. In Tokyo, your homes-away-from-home can vary from regular small apartments to stunning penthouses. There are also some more, let’s say, creative options. Here, we explore seven of the more interesting rentals Tokyo has to offer.

Sleep above a sento in Asakusa – Taito, Tokyo

So the apartment may be pretty standard, but the real draw of this Airbnb is that you would be staying above a local sento, with free access to the baths and a great way to meet locals. Sentos, or public baths, have been an important part of Japanese culture for hundreds of years. The host works in the sento on the first floor and is happy to meet and talk with guests, so you can be sure you’ll be welcomed into the community. It’s also just about the best way to relax after a long day of sightseeing! See it on Airbnb.

Enjoy yoga and yurts on the edge of a cliff – Isumi, Chiba

Ok, so it’s technically Chiba rather than Tokyo proper, but at under 75 minutes from Tokyo and with those views, Buena Vista House couldn’t be left out. Situated on the quiet cliffs above the Pacific Ocean in Isumi, this yurt offers a total getaway. It comes complete with a full kitchen and natural brick barbecue outside, so you’ll be able to make the most of the fresh foods from the local market. The terrace also has a large hot tub, a cabana bar and there is an on site masseuse and acupuncturist as well as yoga teacher… so what are you waiting for? See it on Airbnb.

So for any Girls fans out there, this is basically Shoshana’s ridiculous apartment in Tokyo, and you can stay here. The Reversible Destiny lofts were built in memory of Helen Keller and are liveable works of art. With minimum stays starting at weeks rather that nights, these are billed as creative getaways and will certainly stimulate your senses. With space for four and all the mod-cons, this would be an adventure in itself, and yes, hammocks are included…See it on Airbnb.

Out on the Boso Peninsula (not that far from Tokyo), there’s a wooden chalet straight out of your favorite forest-getaway fantasy. Built from New Zealand lockwood, the Enclave is near the Nakadaki Art Village, but has a half-acre of lush forest and landscaped grounds (including a koi pond, jacuzzi, and a meditation hut/children’s playhouse) to itself. Dogs are allowed. The owners, one of whom is a chef, can also curate menus and wine pairings for you. If you’re feeling like this is your chance to live like a king in a forest palace, book now. See it on Airbnb.

Do you want a neighbour Totoro? More than one Totoro? Here’s your chance. This themed apartment is not only chock-full of Ghibli memorabilia itself, it’s also very near the Studio Ghibli museum, as well as popular tourist spots like Shibuya and Akihabara. See it on Airbnb.

If you’re travelling with a group of friends or with kids, this one’s for you. This traditional Japanese house is over fifty years old (fairly rare for Tokyo) and was the current owner’s father’s childhood home. Located fairly centrally, it’s a good home base for trips to Tsukiji, Tokyo Disney, Skytree etc, and, if you’re more interested in window-shopping and soaking in a sento, the area offers those too. Kids are welcome, and there are even some traditional Japanese toys for them to try out. See it on Airbnb.

Pining for your beloved moggy while you’re exploring Japan? Try out this unit, which is cat-themed and may, in fact, be hosted by a cat (a superhost cat). Cat pillows, cat tea-towels and cat curtains will soothe your floof-deprived soul, as will the fact that you’re not far from Harajuku, Shibuya and Hachiman Shrine. Breakfast, Nespresso and Netflix included. See it on Airbnb.

If you like the idea of Airbnb-ing on your holiday in Japan, but these listings are a little out of your price range, take a look at our top cheapo Tokyo Airbnb picks.

This post was written by Lily Crossley-Baxter and updated by Kylie van Zyl in May, 2019. Although we make every effort to ensure our information is accurate, details may vary.

Written by: Lily Crossley-Baxter
Lily's Tokyo favorites are: Shirohige Cream Puff Factory, Anata No Warehouse, Todoroki Valley
Filed under: Places to stay
Tags:
Sharing
Questions or comments about this article?
Start a thread on our community forum
Ask our local experts about Tokyo