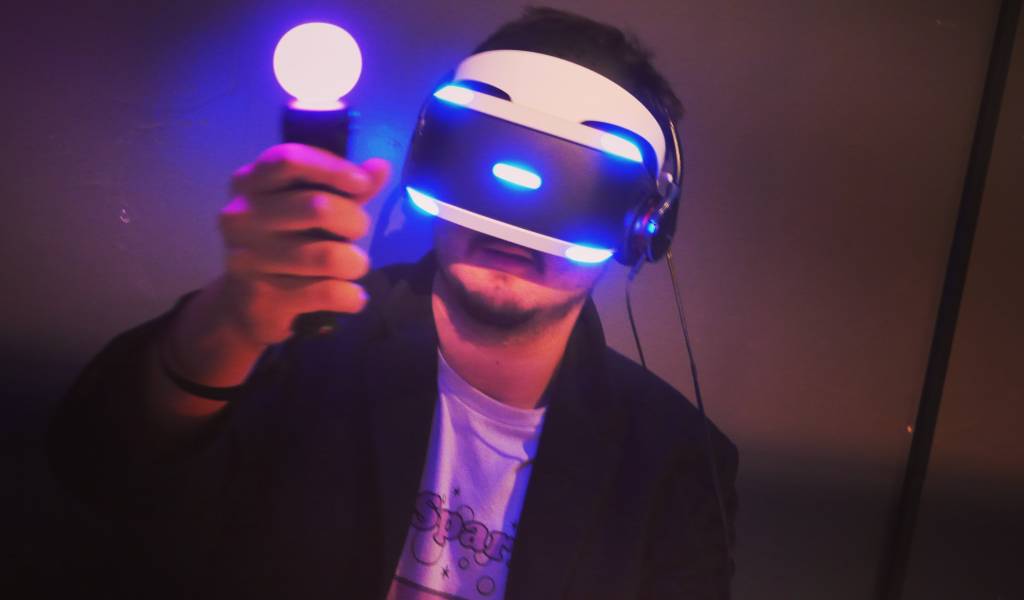 Why Are Videogames So Interesting?

A great man once stood upon the information super highway and said, “The future is now. Soon every home will integrate their television, phone and computer…You can do your shopping at home, or play Mortal Kombat with a friend from Vietnam. There’s no end to the possibilities!” The words spoken by Jim Carrey in The Cable Guy have never rang truer, for I have seen that future. It’s here. It’s now. It’s a dorky Daft Punk video.

The Miraikan National Museum of Science and Innovation located in Odaiba is a fantastic opportunity for tourists and Tokyoites alike to learn and play, with some of the most advanced hands-on technology available to the public. The permanent exhibits on their own, which include technological marvels like ASIMO and cute robotic baby seals are worth the visit, but running from March through the end of May is an exhibit showcasing something very near and dear to my heart.

Why Are Videogames So Interesting? That’s the question Miraikan’s new exhibition is asking. I could answer that right here and now if you were a bad enough dude to throw down in Super Smash Brothers, but I believe Miraikan is really asking a multitude of questions. Why have videogames become ingrained so deeply within our society and culture, becoming a multi-billion dollar industry yearly? What do the developers of videogames think? What even makes a game a game? I mean every time someone refers to themself as “such a nerd” because they leveled up in FarmVille I cringe a little. Speaking of which, what makes videogames so addicting? I spent a good chunk of my life braving Fargo Deep Mines and ganking low-level horde in World of Warcraft, so I too would like to know the answer to that one.

There are over 120 game cabinets and console setups on display illustrating the evolution of gaming since their conception with both English and Japanese text, and every single one is playable. Old classics like Missile Command, Metal Gear, Space Invaders, to not so old classics like Guitar Hero and Minecraft are on the showroom floor ready to kick your nostalgia into overdrive. It really is crazy seeing how much gaming has changed over so little time, as well as seeing how much they’ve stayed the same. The moon physics of the first Virtua Fighter still make me laugh, and it is absolutely surreal seeing little kids playing the original Dragon’s Lair, wide-eyed as any kid watching a Don Bluth animation should be. There’s even a couple of cool red cabs with a name that sticks.

Real talk. While the exhibit is awesome, and you should absolutely support the sciences, education and anything that helps pull gaming out of the shadows of basement dweller virgin stereotypes, the truth is that you’re in Tokyo. Retro gaming isn’t hard to come by here. There are a ton of retro gaming joints in places like Akihabara and Nakano Broadway. It might not be in its original cabinet, but at the end of the day, Pacman is still going to gobble down a ghost, so making the trek out to Miraikan just to play Space Invaders might not be the best idea. However, Miraikan’s gaming exhibit is being sponsored in part by Sony, and they’ve brought their new toy, the PlayStation VR to show. I am completely sincere when I say it’s worth the trip. The hype is real, people.

The future of gaming is virtual reality. A lot of you are scoffing right now. You’re probably getting migraine-induced flashbacks of the Virtual Boy, or rolling your eyes at the thought of another ham-fisted 3D Michael Bay explosion. I understand where the feeling comes from. Mass media has tried over and over again to get us into 3D and virtual reality, but only recently thanks to technology like the Occulus Rift have we really started to pay attention, and I assure you, the PlayStation VR is the real deal. When I sat down at the PlayStation VR booth all I knew was that I would be playing a game called London Heist. I’d read about it being an on-rails shooter, but I didn’t know much more than that.

As the Miraikan staff placed the PlayStation VR over my head and wrapped cheap headphones around my ears, I grew skeptical. I immediately pictured a six-inch iPhone screen stuck in my face and started to dread the next five minutes I had with the device. However, when the game started up? Holy #%¥€. I was in the game. I was the passenger of a car with a driver straight out of Snatched. I looked at my hands and they felt like my hands. I reached for a cup, picked it up, then I threw the cup away. I opened the glove compartment and pulled magazine clips out. I could even turn the dials on the radio. Then I did something that blows my already shattered mind no matter how many times I retell it:

I opened the car door and peered outside behind me.

I can overhear the staff and attendees laughing as they watch me lose my mind and feel around at thin air, but I am completely submerged in this game. I am sold. Day one. Sony couldn’t even finish telling me that they contractually require my soul before my signature is on the dotted line. When unruly bikers show up and the driver tosses me an uzi, I have already mastered the physics of this virtual world. I’m picking up clips and reloading, reaching out over the hood of the car to better position my shots. I’m not going to say it was the greatest moment of my life or anything, but my son better cure cancer.

That being said, I went with a group of four. We were told PlayStation VR passes sell out by 10 a.m. everyday, but we could queue in the cancellation line. We ended up only waiting about ten minutes. Three of us were selected to play London Heist, and we all thought it was incredible. One of us was selected to experience another game though, the PlayStation VR Room, and he found it to be lackluster as it only showcased head tracking. While the website states you cannot choose what you want to demo (and you can only do it once), my advice is to bat your eyelashes at the staff and ask pretty please for London Heist. It worked for us.

Why Are Videogames So Interesting? is running from March 2nd through May 30th, 2016. Tickets are 1,500 yen for adults. There is a discounted package if you also want to see the permanent exhibitions and the dome theater. PlayStation VR passes are included with your ticket. You can reach Miraikan by walking 15 minutes or taking an insanely slow shuttle bus from Tokyo Teleport, but I recommended going to Telecom Center Station, as Miraikan is only a five-minute walk away.

Open with Maps
GAME ON: Why are videogames so interesting? @ Miraikan
Adults: 1,500 yen| 18 and under: 750 yen (Saturdays: 650 yen) | Free admission for preschooler
2-3-6 Aomi, Koto, Tokyo 135-0064, Japan
Odaiba
Official Website
03-3570-9151
10:00-17:00 (Entrance closes 30 minutes prior to museum closing time.)
Written by: Aaron Baggett
Filed under: Anime And Gaming
Tags:
Sharing
Questions or comments about this article?
Start a thread on our community forum
Ask our local experts about Tokyo