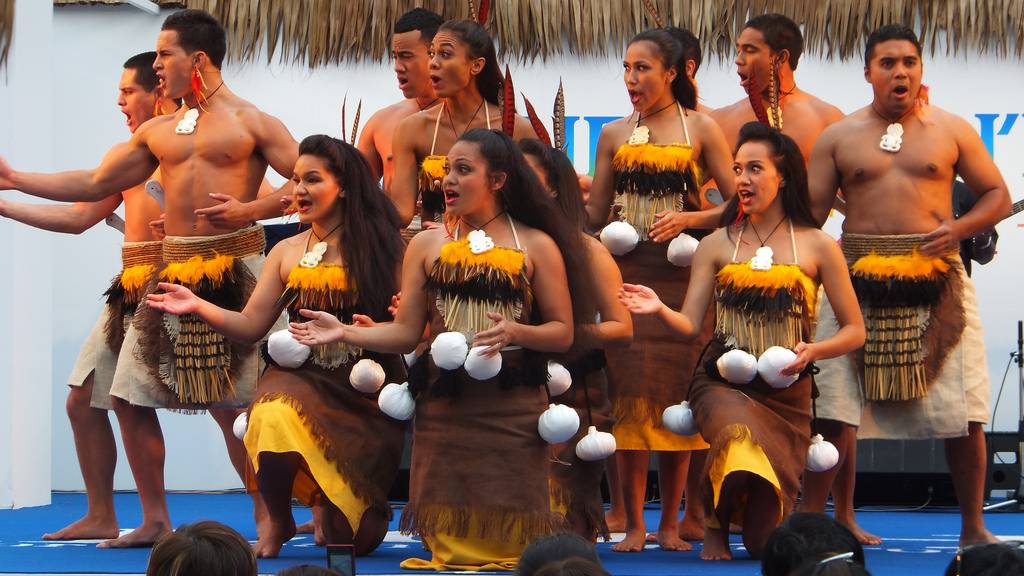 Whether your living in Tokyo or just visiting, make the most of the Golden Week holiday (April 29-May 1/May 3- 5) with these freebie events:

Spring Oktoberfest (April 28-May 8): The spring edition of Oktoberfest will be taking place in Odaiba over Japan’s Golden Week holiday. Entrance is free but food and drink is pay as you go. There will be a plethora of beer stalls, featuring both German and local Japanese brews, and food stands with the usual German fare, like pretzels, sausage, sauerkraut and more.

Odaiba Hawaii Festival (April 29-May 8): This year’s festival will feature Hawaiian music performances by national and international artists, a Polynesian show, Hula & Tahitian dance shows, and Hawaiian market where you can pick up goods and snack on tasty Hawaiian food.

Museum of Modern Art – Free Admission Day (May 1): The MOMA houses mainly Japanese works of the 20th Century including a number deemed ‘Important Cultural Properties’ or masterpieces—see it all for free this Sunday.

Cinco de Mayo Festival (May 3-5): This lively three-day festival will host a slew of musical acts from across Latin America, a perfect soundtrack for a outdoor Golden Week party. There will also be piñatas, food, craft beer and Latin dance/exercise lessons.

Tokyo Sea Life Park – Free Admission Day (May 4): Tokyo Sea Life Park is a very impressive aquarium whose mission is to display animals from Tokyo’s own sea and the rest of the world. Of notable importance is its famed bluefin tuna tank and penguin park.

Ueno Zoo – Free Admission Day (May 4): Tokyo’s oldest and most famous zoo, known for its pandas, gorillas and tigers, is free to enter on Greenery Day. The zoo is housed in Ueno Park, perfect for a stroll either before or after.

Tama Zoo – Free Admission Day (May 4): West of central Tokyo is the massive Tama Zoo. It has three ecological areas: African, Asian and Australian. Some of the must-see animals include: tapirs, snow leopards, red pandas, wild African horses, koalas and kangaroos. There’s also a lion bus where you drive into the enclosure for a close-up experience. Other highlights include the bird dome, Butterfly House and Insectarium.

Inokashira Park Zoo – Free Admission Day (May 4): This zoo is much smaller than the previous two, but its focus on Japanese and Asian species including deer, monkeys and aquatic birds makes it a contender to fill your afternoon. It also contains a botanical garden and sculpture museum.

Azalea Festival at Nezu Shrine (ongoing until May 5): Nezu Shrine’s 300-year-old garden is at it again this spring with its colorful azalea bushes, of which there are 3000. In addition to that, there is a plant fair, an antique fair, and many festive stalls.

Pixar: 30 Years of Animation Exhibition (on until end of May): Take a stroll down nostalgia lane by visiting the temporary Pixar exhibition at the Museum of Contemporary Art. The exhibition has been on a world tour as part of the animation company’s 30th anniversary celebrations, and has finally made its way to Japan for a two-month stint. On display will be hand-drawn sketches, original storyboards, paintings, color scripts and character models—see how your favorite Pixar peeps made their way to the big screen!

Why Are Videogames So Interesting? Exhibition (on until end of May): Try out up to 120 games at this video games exhibition at the Museum of Emerging Science and Innovation. We highly recommend trying out the London Heist virtual reality game—our minds were blown!

And for more inspiration on having fun for Golden Week in Tokyo, read our featured article here.