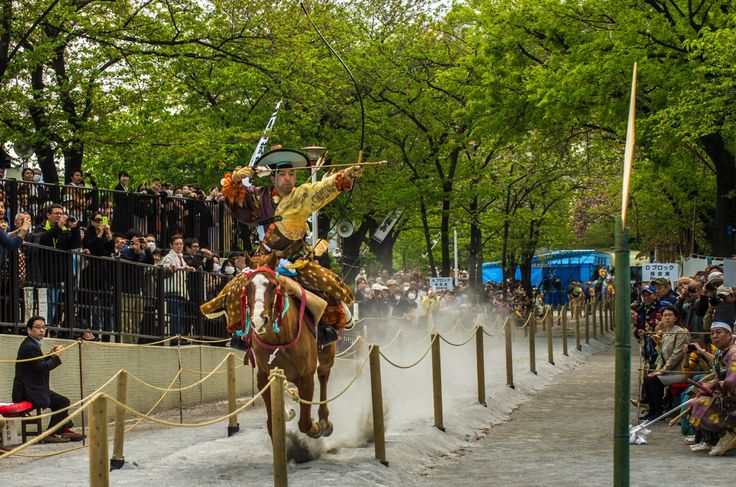 The second Monday in October is Sports Day, thus making this weekend a long weekend (hurray!). There are plenty of traditional and cultural festivals to choose from, with notable highlights including yabusame (horseback archery)—which comes around only a few times year—and the Fukuro Festival.

Perfect Liars Club (Oct 6): A smash hit comedy story interrogation show hailing all the way from Washington, DC. Four people tell an incredible story—but only three of them are true. Listen, laugh, suspect, interrogate… then vote. Are you shrewd enough to spot the liar? All taking place at Good Heavens bar in Shimokitazawa. Entry is 1,500 yen and includes a drink.

Taste of Tokyo 2016 (Oct 7-9): A food festival spanning the Hibiya, Yurakucho and Marunouchi areas. The neighborhoods will be peppered with food trucks serving up the best of Tokyo’s local dishes and specialties.

Fukuro Festival (Oct 8-9): The second half of Ikebukuro’s biggest annual festival with dancing, music, parades, food and featuring a massive yosakoi competition on the Sunday. All the action takes place on Ikebukuro Station’s west side.

National Museum of Western Art – Free Admission Day (Oct 8): This Saturday, check out the extensive permanent collection at the Museum of Western Art in Ueno Park—an activity that which would normally cost you 430 yen. Works includes paintings from the late medieval period through to the 20th Century and modern French sculpture. Artists include Ruebens, Renoir, Monet, Van Gogh, Picasso, Pollock and many more.

Setagaya Bread Festival (Oct 9-10): We can’t think of a single thing more deserving of its own festival—bread! And lots of it at this festival in Setagaya Park. In addition to the market, there is a bread university, with various carb-related courses on offer, and live performances all weekend.

Toyama Park Yabusame (Horseback Archery) (Oct 10): A rare opportunity to see the traditional Japanese martial art of yabusame (horseback archery). The event starts at 2pm but we recommend going early as the crowds get pretty thick and you’ll want to secure a good viewing spot.

Oeshiki Festival at Ikegami Honmonji Temple (Oct 11-13): Oeshiki is a Buddhist festival commemorating the anniversary of the death of Nichiren—a revered Buddhist teacher who lived during the Kamakura period until about 730 years ago. The highlight of the festival is the mando (10,000 light) rite in which about 3,000 people carry sacred lanterns decorated with cherry blossoms along the approximately 2-km route from Ikegami Station to the temple. Hundreds of thousands of people attend the festival each year.

Koganecho Bazaar (Oct 1-Nov 6): A must-see for art lovers of any kind, Koganecho Bazaar features artists from across the world and Japan, with sculpting to photography and everything in-between. The Bazaar is held in Yokohama, and focuses on every day life and community collaboration. Originally held to celebrate the revitalization of the area after it was cleared of hundreds of prostitution houses, the event has developed to use the city streets, reclaimed houses and specially built studio buildings to display artwork, hold talks and allow the public to explore the work of the artists.