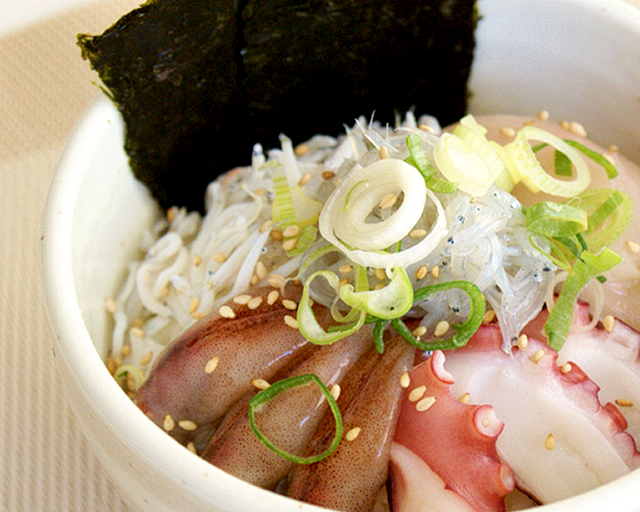 The sun is coming out and what better way to explore Japan on a relaxed weekend than with some local specialties?  This weekend is host to a practical buffet of choices, allowing you to sample some of the best  of Japanese cuisine at your own pace—be sure to arrive earlier rather than later though as these tasty treats are likely to sell like hotcakes!

If you’re a life-long fan, new-found addict or suspicious newcomer to the wonder that is curry-pan, then this is the festival for you. Creamy mild curry encased in a crispy, deep-fried bun, there is nothing as comforting as this (mildy unhealthy) treat and the Curry-pan Association (yes there is one, but I don’t know if you can join) have arranged their first formal curry-pan festival to showcase hundreds of different examples, carefully selected from bakeries and convenience stores across Japan.  With one-off specialties like a spicy Thai curry version and free entry, the only thing holding you back is your stomach capacity (and not even that as you are free to take them home with you for later). The festival starts at 11am and technically runs until 7pm, but is expected to sell out, so get in early to try the Japanese-wonder in all of it’s best forms.

If seafood is more your thing, then the Fisherman’s Festival in Hibiya Park will be your one-stop shop this weekend. With dishes from  over 40 top restaurants and countless seafood exhibitors from all over the country, you will be spoiled for choice. Visitors will be able to sample the delicious offerings from top chefs and then cast votes in two competitions: the Pride Fish Cooking Contest and the Made in Japan Fast-Fish Products Contest. The winners will be announced at the Fish-1 Grand Prix on Sunday along with performances and demonstrations, so it’s sure to be a fun fish-filled day out. Be sure to check out the “Super Chef Club” exhibit where several of Japan’s award-winning chefs will provide tastings and demonstrations of Japanese, Chinese and Western cuisine.

Location: Hibiya Park (near the Imperial Palace, if you would like to make a day of it)

Now there aren’t many ways to improve a farmer’s market, but a sake-invasion might just be one of them. Seventeen breweries from all over Japan will be selling bottles and offering tastings as well as providing a rare insight into how to make the nations’s most traditional drink. You can pick up your multi-cup ticket and hit the hard-stuff from 10am – 4pm, whilst picking up some of the freshest local produce around. With over 40 stalls selling fruit, vegetables, rice, flowers and all manner of green things, what’s not to like? (and drunk-vegetable shopping is far better for you than drunk-internet shopping, so you can’t really lose!)

And once you’re stuffed, try one of these non-food-related weekend events.