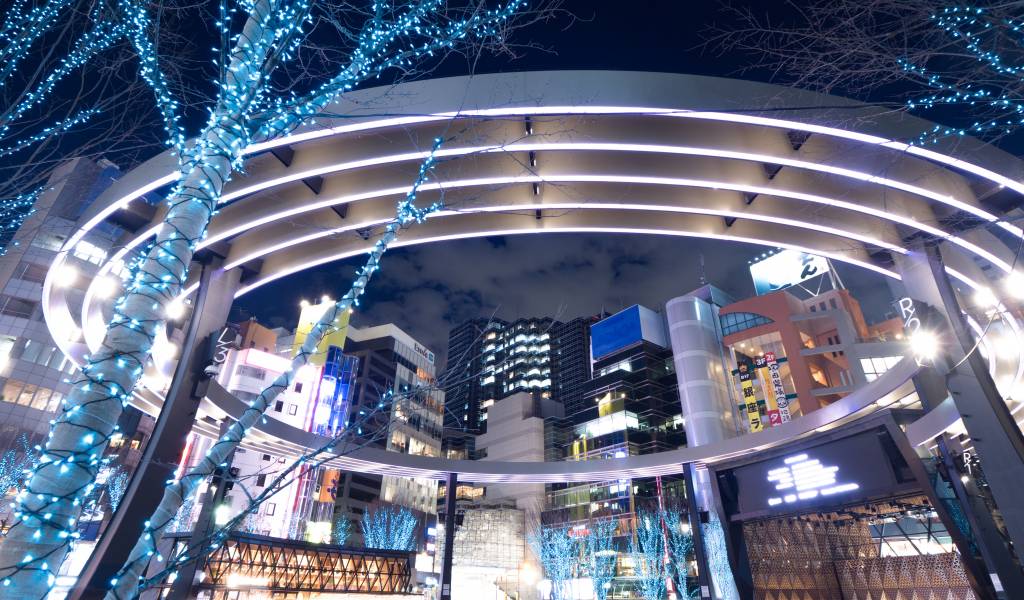 9 Free Things to Do in Ikebukuro

While often outshone by popular hubs like Shinjuku and Shibuya, Ikebukuro is one of Tokyo’s top metro areas. The busy terminus of multiple train lines including Fukutoshin, Seibu, Tobu-Tojo and JR, Ikebukuro is a bustling mix of business and schools, with cool cafes, good shopping options and some quirks to boot. You should definitely add it to your to-explore list, and this list of 9 free things to do will show you why.

Ikebukuro is written using the kanji for pond (池) and bag (袋), which makes for a bit of a nonsensical name. But bag is fukurou in Japanese—the same word for owl, and the place is commonly known as owl central by locals. While your chances of seeing a real feathered beastie (outside the owl cafes, anyway) are about as slim as finding a spork at a ramen restaurant (good thing you’re so adept at using those chopsticks, eh?), you can spot heaps of statues, pictures and other owl facsimiles dotted around. See how many you can count—it’s a fun way to explore the area.

2. Cruise around the department stores

Ikebukuro Station is surrounded by fancy department stores. We recommend scoping out Seibu and Tobu to see what the multi-level shopping centers are about. Sometimes they have free stuff that you can sample. Usually pickles. Grab some and go.

Just to the west of Sunshine City (see below) lies a street that’s known as the female-friendly equivalent of Akihabara. Otaku like to peruse the many manga and anime stores on Otome Road for bargains and rare finds. It’s worth a peek.

While you’re on the east side of town, you should check out Sunshine City. It simply radiates cheap fun (see what we did there?). Truth be told, that was both a bad pun and a lie. While it has an aquarium, branch of Tokyu Hands, an observation deck and a Pokemon Centre, it’s a bit of a money-eater. Still, there’s sometimes free music and other entertainment, and if you’re looking to do a spot of shopping, this is the place to go. There’s also an indoor food theme park called Namja Town.

Whether you’re into anime or not, the seven-story headquarters of the Animate brand are worth a visit. They have games, DVDs, comics, merch and more. Including cushions. And food. Everything you need, really. And it’s on Otome Road.

6. Pop into the Rampo Museum

Literary cheapos might be interested in the Edogawa Rampo House, which is adjacent to Rikkyo University’s Building 6. It’s the residence of the late novelist, who is known as one of Japan’s most foremost penners of mystery and suspense. It’s open to the public on Wednesdays and Fridays between 10.30 and 16.00.

A short walk (approximately 15 minutes) from Ikebukuro Station is a lovely old temple called Kishimojindo, located in the Zoshigaya area (which is also where you’ll find Zoshigaya Cemetery, the place where Natsume Soseki was interred). The 350-year-old temple is dedicated to Kishimojin, the goddess of safe birth and child rearing. It’s a peaceful spot with zelkova trees, and a gingko that has seen its 700th birthday.

8. Watch the world go by at Ikebukuro Nishiguchi Park

While it may only be a park in theory, this spot is good for soaking up some sun and watching the world go by. You’ll find the Tokyo Metropolitan Theatre here—and sometimes interesting clumps of drama types. The fountain is kind of cool, as are the stray cats. Also, keep your eyes out for owls! Oh, and it’s a Pokemon Go hot spot.

This joint was designed by American architect Frank Lloyd Wright. Termed “The House of Tomorrow”, the Jiyu Gakuen Myonichikan (link in Japanese) used to be a school for girls. You won’t hear any school bells these days though; it’s used for weddings and the odd alumni function. It’s classified as an Important Cultural Property and looks cool. So go take photos. If you want to see the inside, you will have to cough up 400 yen though.

Here are some other ideas for spending time in Ikebukuro.

Got any suggestions for other free things to do in Ikebukuro? Leave them in the comments.

Ikebukuro
Written by: Carey Finn
Carey's Tokyo favorites are: artless craft tea & coffee
Filed under: Things to do
Tags:
Sharing
Questions or comments about this article?
Start a thread on our community forum
Ask our local experts about Tokyo