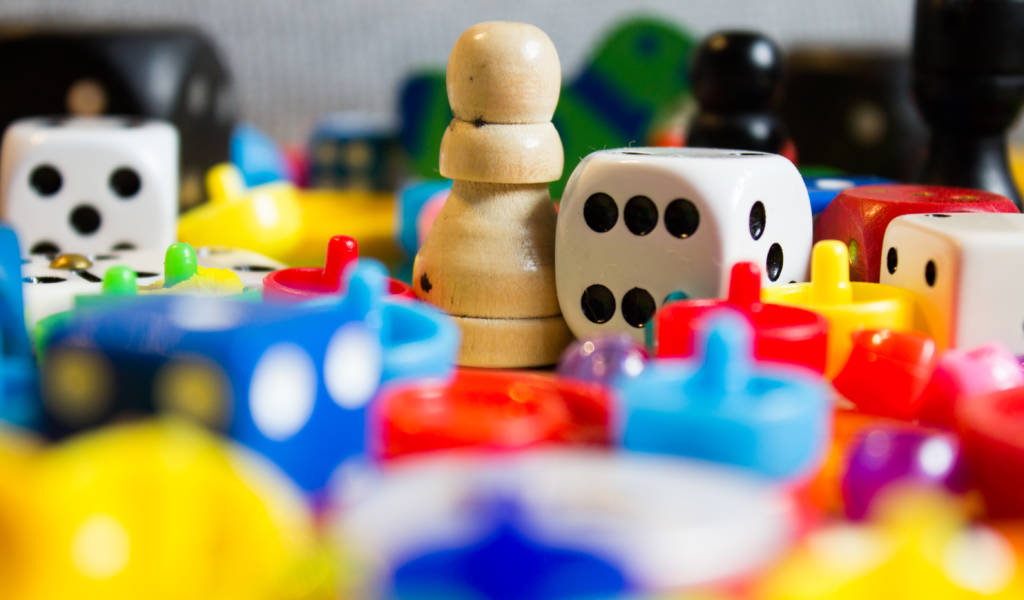 Tabletop gaming is more popular now than ever. What was once considered something only enjoyed by introverts sitting in a dark basement surrounded by Cheeto crumbs is now mainstream and enjoyed the world over by people from every clique and class. And really, it’s about time. It’s fun, social, and can be the catalyst for out-of-the-box critical thinking.

However, it can also be quite an expensive hobby. Not to mention a time sink. It’s hard enough getting three or more adults together for a couple of drinks, let alone for a night of monster slaying and wooing elven princesses. That being said, if you can actually get a group going a couple times a month or more, it’s definitely worth your time and money—but let’s try to save some money anyway.

Where to buy tabletop games in Tokyo

Japan is into tabletop RPGs and board games just as much as the rest of the world, and there are tons of specialty shops that cater to the hobby. However, unless you can read and understand Japanese, your options are going to be limited. Like with most things, Amazon is your best bet for the cheapest prices. However, it is possible to find imports out in the wild, but expect to pay a lot more. You’ll also find most supplies that you need such as dice, figures, and hex maps.

Supposedly, the founder of this shop just wanted a place he could play Magic: The Gathering in peace. It’s now the most popular hobby chain in Japan with 27 stores located across Japan. Most focus on card games such as Magic and Pokemon, but it’s also the defacto store for card games, tabletop games, RPGs, and board games in the country.

Naturally, the Akihabara shop is bigger and better, but you might find what you’re looking at in one of the other locations such as Ikebukuro, Shinjuku, and Machida.

Besides Yellow Submarine, the other shop on most Tokyo tabletop and RPG enthusiasts’ list is Roll&Roll Station. There is only one shop, and it is pretty small, but they make up for it with a nice collection. You can also find independent and Japan-only games here.

Surugaya is a well-known online hobby shop, but they have a few brick-and-mortar stores—including a specialty shop with a huge collection of tabletop, board games, and RPG material. From my own personal experience, Surugaya is the most likely to have the cheapest games and the largest selection of imports. But again, you’re within walking distance of Yellow Submarine and Roll&Roll Station so it is worth visiting other stores before making a final purchase.

There are also a lot of secondhand games and books at Surugaya that are worth checking out.

Where to play tabletop games in Tokyo

Ideally, we would all know someone with a dedicated gaming room large enough to comfortably fit six people and a dinner table, but that is probably not the case. Fortunately, you’ll find a lot of options.

For starters, all of the above-mentioned stores offer all-day rental space and tables starting at ¥300 per person on weekdays. However, weekends and holidays are more popular so you can expect to pay closer to ¥3,000.

Another possibility is renting office space. Supenavi has all kinds spaces up for rent—some of which are specifically for tabletop and board games.

Then there are the board game cafes. These are exactly what they sound like—though a few of them feel a lot like maid cafes. They tend to be a little expensive—typically around ¥1,500–¥3,000 per person, and usually come with a time limit. Board game cafes also do not normally allow you to bring your own games.

Probably the most famous board game cafe is Dear Spiele in Nakano. Their collection of games is considered to be pretty good and, like maid cafes, the staff dresses up in cute costumes so depending on how you feel about it may or may not be for you.

A karaoke room is also an option. There isn’t any rule that you have to sing when you’re in a booth. They almost always come with big tables and cozy couches, and food and drinks are just a call away. As long as your group is paying, the staff isn’t going to bat an eye that you’re all quietly sitting in a circle and wearing robes when they awkwardly drop off the beer and melon soda.

Finally, if you still can’t find a place to play, then it’s worth asking your local community center. Prices and terms will vary depending on your ward, but you can expect to pay about ¥1,000–[2000] per hour for a meeting room. Some community centers are by the hour, while some are not. It’s usually as simple as presenting your ID and reserving a room.

Where to meet other players

Tokyo can be a lonely city. It’s completely understandable if you don’t already have a group of friends itching at the chance to storm Mordor with you for several hours. Thankfully, there are already established tabletop communities and ways to connect.

There are dozens of groups on Meetup. Some of them even offer language exchange. Whether you’re into card games, DnD, or Scrabble, you’re more than likely to find a group to play with.
There’s also always Reddit. Yes. I know. You will never find a more wretched hive of scum and villainy, but as long as you don’t take things too seriously, you might find a decent group of people on r/japanlife or r/tokyo. Reddit is also great because you get a glimpse of the kind of person you’ll be playing with. I was once invited to a tabletop session by someone on Reddit. Their offer was polite enough, but a little time looking at their post history revealed they were quite the a-hole.

Lastly, board game cafes like Jelly Jelly Cafe and the aforementioned Dear Spiele are almost always hosting events. It’s a great way to meet people and also brush up on your Japanese.

Video games more your thing? Check out our article on the Smash Bros community in Tokyo.

Akihabara Nakano
Written by: Aaron Baggett
Filed under: Shopping | Things to do
Tags:
Sharing
Questions or comments about this article?
Start a thread on our community forum
Ask our local experts about Tokyo