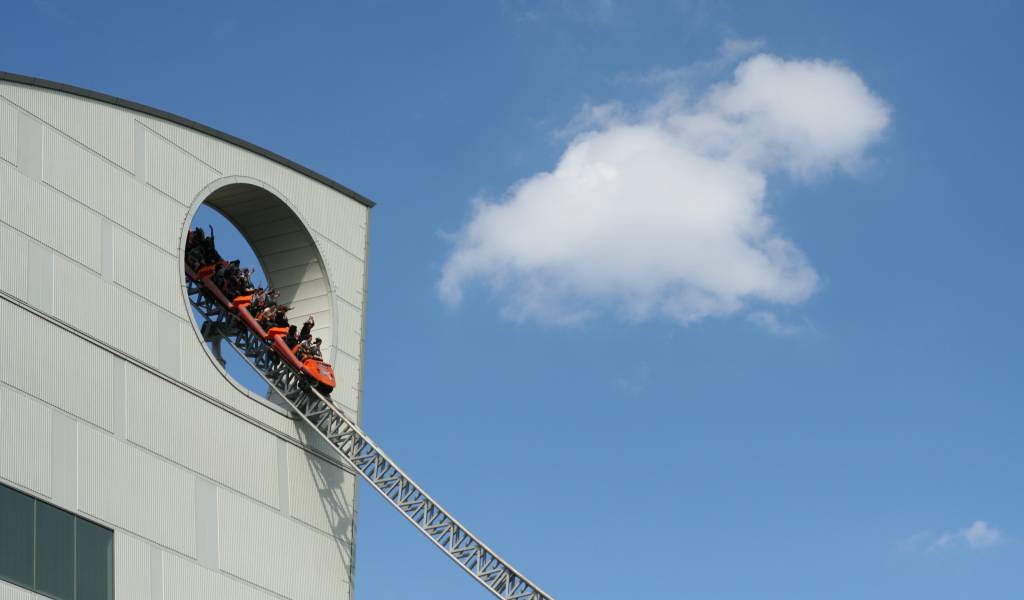 6 Alternatives to Tokyo Disneyland and DisneySea

Tokyo Disneyland and its equally whimsical, yet unequivocally wetter neighbor, DisneySea, are two of the most popular destinations in Japan. But these other theme parks—Tokyo Disneyland alternatives—are also worth a visit.

Toshimaen is the type of fun park most of us experienced as children. It’s an easily accessible amusement park with a few old roller coasters, swinging pirate ships, fun-houses, merry-go-rounds and that looming sense of dread that you get when you’re not too sure if this thing is going to hold together or not. But in the end isn’t that part of the fun?

You could call the park nostalgic, though I’ve definitely heard more than a couple of people refer to it as “broken down”. A realtor might call it a “fixer-upper”. While it’s true the park isn’t as clean or as new as other parks in Tokyo, I have definitely seen worse. Besides, it’s a decently sized park with a nice variety of thrills for a cheapo price of ¥300 to ¥500 per ride. You can pay as you go, but entering the park is ¥1,000 for adults so if you think you might want to spend the day here you might as well pay ¥4,200 for the day-pass. It’s worth mentioning that in the summer, Toshimaen doubles as a popular water-park called HydroPolis. Be warned though, patrons with tattoos will be denied entry to both parks.

On the other end of that spectrum and nestled on the border of Yokohama and overlooking Tokyo Bay is the neon-wonderland of an amusement park called Cosmo World. The park is free to enter and features à la carte style thrills ranging from ¥300 to ¥800. While like Toshimaen in that it’s more of a traditional amusement park than Disneyland, with its fun houses and carnival rides, the park still manages pull off a spectacular and slick look. A large Ferris-wheel overlooks the ocean on all sides, and a jet coaster actually plunges you into the Ooka River.

While fun for kids in the daytime, the park really comes to life at night when the place is lit up like Christmas all-year long. It’s the type of light pollution that you can really get behind. The park on its own makes for a fun outing, but the surrounding area is great too thanks to its abundant attractions, restaurants and bars. Right across the street is the Cup Noodle Museum, and China Town is within walking distance. Due to its popularity with families and couples I probably wouldn’t visit too long on the weekend, but I’ve personally never seen Disney levels of people at Cosmo World.

In Japan, the word for cute is kawaii. Everyone aspires to be kawaii and every organization has a kawaii mascot. You either go kawaii or you go home, and it doesn’t get much more kawaii than Hello Kitty. Known as Kittychan in Japan, the character has become a cultural and world famous icon so it should come to no surprise that she’d have a theme park built in her honor.

Everything at Sanrio Puroland is geared towards children, and the only rides consist of an adorable boat and train ride, so unless you’re an adult with kids, a fan of Sanrio characters or just enjoy watching grown Japanese adults rocking out to cartoon show tunes, it probably isn’t for you. However, what the theme park lacks in thrills it does make up for in impressive live performances. During the summer there is also a nightly firework show. Sanrio Puroland is probably the most like Disneyland on the list in terms of shows and costumes.

Pro tip: Get up to 45% off tickets to Sanrio Puroland by booking in advance.

Namja Town is one of the worst theme parks I have ever been to and that is why it is awesome. It’s so incredibly bad that I just can’t help but enjoy myself every time I go. I mean where do I begin? The haunted house makes Manos: The Hands of Fate look scary. There is a ride that seats you and a partner in one of those mosquito repellent ceramic pigs and … that’s it. You shoot mosquitoes. There is also a fishing game where people run around flailing wildly at random locations trying to catch virtual fish. You’ll just be sitting down in one of the themed dining booths and out of no where a grown man will just appear next to you wildly attempting to murder fish.

There is also a part of the theme park dedicated to gyoza (dumplings), home to the “Ikebukuro Gyoza Stadium.” Each booth is supposed to represent a different style of gyoza, but it is always so bad and overpriced I wouldn’t bother. On the other hand, the ice cream booth is the real star. With flavors like snake, ramen and coal, you can play one crazy game of ice cream Russian roulette. Namja Town used to have a large area called Ice Cream Town. There were tons of flavors lining the walls of a massive walk-in refrigerator. Now it’s just one tiny booth. There are other parks that I would consider bad (Hanayashiki), but the cheesiness of Namja Town will ensure a good time. It helps that the park is located in Ikebukuro’s massive Sunshine City.

Tokyo Dome City Attractions is one of the most popular amusement parks in Tokyo. Like Cosmo World, everything feels modern and new. The theme park has the world’s first hubless Ferris wheel and a large steel rollercoaster tumbles and weaves over the Tokyo skyline. There is even a mini-Splash Mountain. My only real complaint is the prices are way too expensive. You pretty much have to buy a day or night pass, and the weekend crowds are ridiculous. At least the park has the decency to close early if the crowds get too bad. The park is easy enough to find too. Tokyo Dome City Attractions is located in Tokyo Dome City right next to Tokyo Dome Stadium.

The park is also located next to my personal favorite garden in Tokyo, Koshikawa Korakoen. I’m pretty sure Tokyo Dome has made people forget all about this park, which is a shame, but also kind of great because I have never seen it crowded. Not even during the cherry blossoms. In fact, Tokyo Dome City Attractions was known as Korakuen for the past 50 years. It wasn’t until in the last decade when the name was officially changed. I guess when you build a rollercoaster that screeches through a hole in the sky people just forget all about ancient Chinese gardens.

Located in one of my favorite Tokyo hot spots, Odaiba, is the Sega arcade amusement park Joypolis. You remember Sega? It does what Ninten-don’t. That apparently includes indoor theme parks because this place is a blast, at least for a couple of hours. The park’s hallmark is virtual reality styled attractions, interactive rides, and enough Hatsune Miku to make you question and marvel humanity all at the same time. Suffice to say, it caters to the otaku crowd.

Of particular interest there is an interactive jet coaster that changes its theme every year. For example on my last visit I battled waves of the undead in a horror environment before speeding and tumbling over the heads of fellow patrons. Another attraction straps you and a friend to an oversized skateboard that rocks back and forth. You each have to synchronize your footwork in order to make the skateboard spin and rack up points. Trust me when I say it’s a lot easier said than done.

The day passes at Joypolis are ¥4,300 for adults and ¥3,300 for kids. I have personally never spent more than three hours here tops, so I highly recommend getting the night pass when they’re available after 5pm. That is when a day pass drops to ¥2,800 for adults, or even go for the the “late-night pass” after 8pm which is even cheaper. Like Cosmo World, I wouldn’t recommend visiting on a weekend, but I’ve yet to experience large crowds at Joypolis. That’s why I’m able to leave after three hours. I’ve done everything. Also, stay away from the food and gift shop. There are more than enough cheap options to eat at in Odaiba.

Ok, this one is cheating because while Nara Dreamland is not located anywhere near Tokyo (it’s in Nara), there is one thing I can promise you and that is that your visit to this Disneyland knock-off will be entirely crowd free. It doesn’t get better than that, am I right? Of course I can’t guarantee your visit will be free of ghost children, axe-murdering clowns, or the Scooby Doo Gang because Nara Dreamland has been abandoned for over 10 years.

Nara Dreamland opened up in 1961 as the Disney of Japan before Japan ever had a Disney. When Disney actually came to Japan in 1983, it was nothing more than the park could do than try to stay financially afloat. The park officially closed due to low visitor numbers in 2006, and it’s amazing it lasted that long. Since then it’s become a popular destination for urban explorers, photographers and insufferable Youtubers. Also keep in mind that the locals have security guarding the place, so if the ghosts don’t catch you, the back of a security guard’s baton might. So actually, this one’s best avoided entirely.