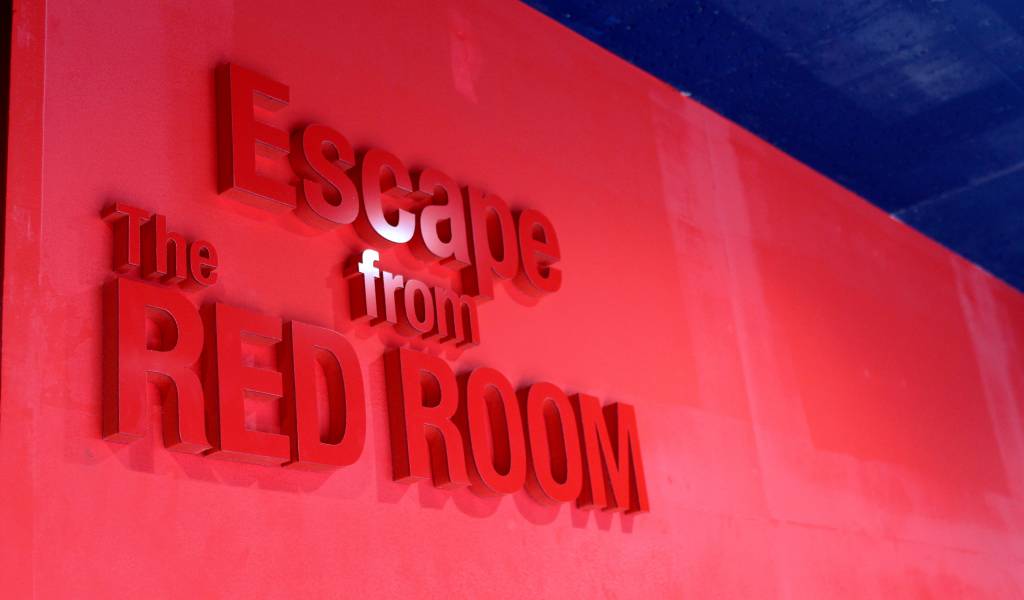 There’s a new trend in entertainment and it’s sweeping the globe! I’m talking, of course, about live escape rooms, a problem-solving adventure where you use your mental (and sometimes physical) agility to unlock yourself from a puzzle-ridden room.

Escape rooms have existed in Japan for close to a decade, but only recently have they been available to English-language players. Real Escape Games (REG), designed and developed by Japanese company SCRAP, is the leading international brand for these live-action games. It opened up shop in Tokyo’s Asakusa ward—at first with just two distinct but equally captivating rooms, but as of July 2018, it currently has three rooms.

Escape from the Red Room

Description: “You find yourself locked in a room. There are no puzzles or codes around you—only red walls, mysterious props and two locked doors. You must rely on your own abilities to open these doors and escape.”

Escape from the Red Room is a classic minimalistic-style escape room, and has a less than 3% success rate—so if you’re looking for the mental challenge of a lifetime, this is the room to try. In an effort to not give away any clues, I can only offer this cryptic advice: think outside the box. And bring your phone as the camera will come in handy.

When this article was originally written in 2016, the horror-themed escape room at Real Escape Game was called Escape from the Haunted Manor. Designed in collaboration with Japan’s leading haunted house producer Hirofumi Gomi, it offered nothing less than spine-chilling Japanese horror.

Back then, players were investigators for a series of missing-person cases, and their mission was to sneak into a suspected kidnapper’s hideout (which, unbeknownst to others, is a haunted house) to find clues. To quote the official description: “As you’re looking in the dark, searching for anything that might be a clue, the door opens—someone’s entered the house..! ‘Are you ready?’ And thus begins the game of horror hide-and-seek.”

The success rate was much higher than the Red Room (about 50%), but with the added thrill of the undead lurking around every corner. The haunted house had three levels, which you can reach by stairs only, so not accessible to those with limited mobility. This one was by far my group’s favorite out of the two rooms, as it offered a uniquely Japanese horror storyline.

In 2017, however, SCRAP unveiled Survive the Urban Legend, part two of its “haunted manor” series and once again the product of a collaboration with Gomi.

Description: “‘It wasn’t supposed to be this way. I just wanted a friend, someone to talk to. A strange dark shadow started following me. I tried a way to end it, but it didn’t work. If this continues, I will be killed.’ In this town, there is a place called ‘the house of no return.’ The residents have gone missing and all those who have entered have never come out. Thus, “the house of no return”. You, the special investigators, have been requested by the police to survey this house. Can you live through the fear, discover the secret, and solve the mystery!?”

We haven’t had the chance to try this one out yet, so we’re not quite sure about its success rate. One thing’s for sure, though—since it’s the brainchild of Japan’s haunted house maestro, you won’t just get cheap thrills here—you’re in for a fright.

We haven’t tried this one just yet, but seems MacGyver-esque.

Description: “Your heart beats. Sweat drips down your forehead. The sounds of footsteps are getting closer… The threat of death is imminent.

Hunter X. Here to steal your top secret information, an assassination machine is closing in on you! With no weapons, the only thing you can do is hide. You scan around the room and find a few items that can be utilized as traps: a rope, a net, and oil. The only way to survive is to set up a trap and fight back. What will you use? Where will you put it? Your very life depends on these decisions. Can you set up the trap and defeat the pursuer?”

As previously stated, I don’t want to give away any clues that’ll take away from the fun, but here are a few general tips if  you’ve never tried an escape room before:

– Check everything/everywhere. Clues are not hidden in obvious places, so this is where your knowledge of prepositions come in: up, down, around, in, on, between, under, over… you get the idea.

– Teams of 1 to 6 players are allowed. However, the more players, the higher your chance of escaping within the allotted time as you can split up tasks/puzzles.

– Show up 10-15 minutes before your time slot to be given instructions on how to play. 10 minutes may be barely enough, so the earlier, the better. And if you show up late, you will not be able to join your other team members once the game has begun.

– You can buy tickets in advance (¥2,300 for Escape from the Red Room, and ¥3,200 for the other two games) to ensure a time slot. Or you can show up at the door and try your luck—but keep in mind availability is not guaranteed.

– You’re given 30 minutes to escape from the red room, with a 10-minute extension option for ¥800. The time limit for the other two games is one hour.

– All rooms are playable in English, Chinese, and Japanese.

For even more real-life gaming options from the same creators, try Tokyo Mystery Circus in Shinjuku or some haunted house attractions in Tokyo.