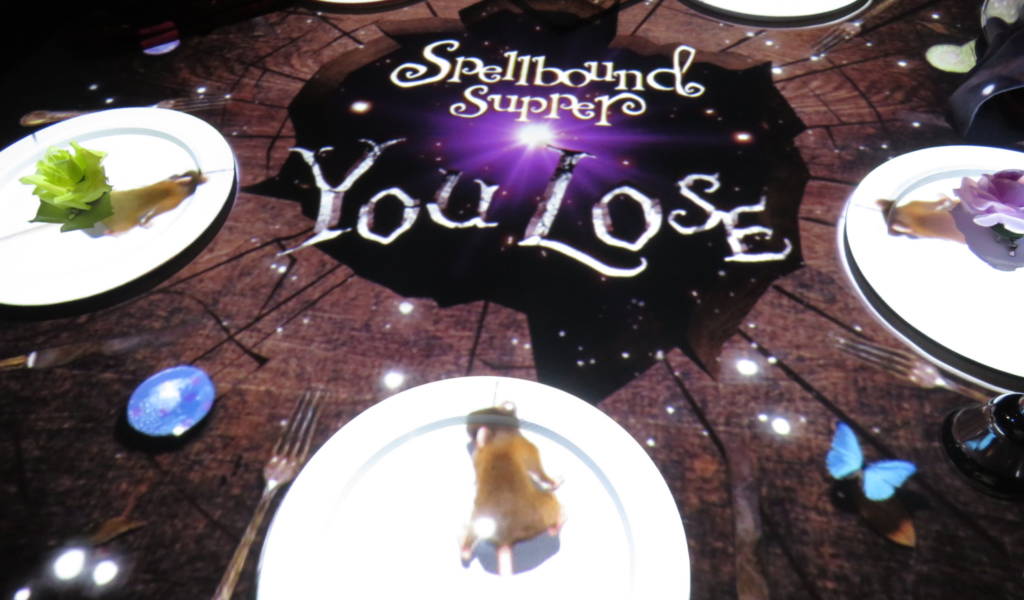 Immerse Yourself in Escape Games at Tokyo Mystery Circus

Originating in Japan, real-life escape games have grown in popularity in the recent decade, and they’re just as exciting as they sound.

As the name implies, the objective is often to escape something, such as a prison cell or haunted house, but these games can also be about, say, solving a murder mystery or finding a lost treasure. Usually played in groups of 3-5, the games make for a fun activity among friends, and they involve solving puzzles to find clues and get answers within a time limit.

Celebrating their 10th anniversary in 2017, SCRAP, Japan’s pioneer creator of escape games, has created plenty of hits, including English ones such as The Red Room and Escape from the Haunted Manor. Now, they’re launching their most ambitious project yet: Tokyo Mystery Circus (TMC), billed as the world’s first entertainment facility devoted to escape games. Located in Shinjuku’s Kabukicho, close to Toho Cinemas (with the Godzilla statue) and Bandai’s VR Zone, this five-story building is practically an escape game theme park.

SCRAP invited this writer to a free sneak peak of TMC, during which she tried all three of its English games before its opening on December 19th, 2017. The opinions expressed here are the author’s own.

The lobby at Tokyo Mystery Circus

It’ll be hard to miss TMC, thanks to its glass facade and distinctive signage. The first floor is the Mystery Atrium, which serves as a reception area with a cafe and a shop.

Yelo Cafe serves not only drinks, but also light snacks like hot dog sandwiches (640-821 yen, including tax) and pancakes (720-861 yen), as well as shaved ice desserts (810-950 yen). Toppings and portions are generous, and the shaved ice desserts are not only colorful, but also a treat to the palate. The unicorn-themed shaved ice (821 yen) is especially Instagram-worthy.

The shop sells TMC-themed merchandise, including goods related to current and previous games. The staff especially recommended candy in a package designed to resemble prescription medicine.

On to the games—and don’t worry, no spoilers here!

This colorful, magical game takes place on your table with the help of projection mapping. You have been invited to a magical dinner hosted by a powerful but sadistic witch. You’ll have to work for your dinner feast by solving puzzles that will be projected onto your table. Carefully listen, read through, and follow the witch’s rules to enjoy your dinner . You better not leave any leftovers, or she’ll turn you into rats!

As with most escape games, this one requires a lot of brain work. (Despite playing with friends, the author found this to be the most mentally challenging.) The combination of typical escape game puzzles with technology makes for a fascinating, aesthetically pleasing game. If you ever fancied yourself an alchemist, wizard, or mage, this is the game for you.

In this spy-themed game, players are on a mission to infiltrate the enemy’s base and destroy their secret weapon within 30 minutes. Naturally, this won’t be an easy feat, since there are armed guards, tripwires, lasers, and other traps to avoid—and getting caught up in these obstacles will shorten your time limit. While not requiring as much brainpower as Spellbound Supper, the game definitely takes a lot of stealth and agility, and is far more physically challenging. As such, this game is not for small children.

Game 3: Escape from the Prison

Recommended for people who are new to escape games or have no time to play a full-length game, this is a condensed escape game. You’ve been imprisoned and sentenced to death, but thanks to a blackout, you have the chance to escape! The catch? You have only 10 minutes to plan your escape using clues and objects in your cell. Experienced players might find this easy (but nonetheless exciting), while beginners may find this a good introduction to escape games.

All three games are also available in Japanese. Additionally, there are Japanese-only games: Escape from a Sinking Luxury Ship, Escape from Planet Orion, Mystery Mailbox (a free, beginner-friendly game that can be played in between games), and Kabukicho Detective Seven.

By far, Kabukicho Detective Seven looks to be the most interesting offering, as it pays homage to Kabukicho’s reputation as a seedy entertainment district. With character designs reminiscent of the Persona game series, this open-air game requires players to explore Kabukicho for clues.

According to SCRAP, the game, despite alluding to Kabukicho’s infamous reputation, was conceptualized to get players to see the neighborhood in a different light. While shady bars with pushy touts still exist (fear not, the game won’t require you to venture into such places!), Kabukicho has become a lot more sanitized in recent years, with family-friendly attractions being set up in the area.

Much as SCRAP would like to offer more games in English, not all of their games translate well, so they only come up with a few English ones at a time. Rest assured that they aim to have the English version of Kabukicho Detective Seven up by next year.

A memorable experience with friends

Tokyo Mystery Circus is definitely worth a visit. Except for Spellbound Supper, the other two games can be played alone, but it’s more fun to round up your friends and play together. Two (or more) heads are better than one, after all, and unlike UNO or Monopoly, escape games aren’t friendship ruiners… unless you and your friends are highly competitive. (Plus, it’s much cheaper to play as a group.)

As of this writing, despite the listed walk-in rates, reservations for English games are required. (TMC does not have many English-speaking staff at the moment.) You can make a booking on their website. It’s recommended to show up 20-30 minutes before your appointment to get yourself in the zone.

SCRAP plans to change things up from time to time, so their roster might be different on your next visit. What will they come up with next? For sure, SCRAP will keep escape game enthusiasts on their toes!

Open with Maps
Tokyo Mystery Circus
Shinjuku
Official Website
03-5341-4915
11:30 am-11:00 pm (weekdays), 9:30 am-11:00 pm (weekends)
Written by: Tiffany
Filed under: Things to do
Tags:
Sharing
Questions or comments about this article?
Start a thread on our community forum
Ask our local experts about Tokyo