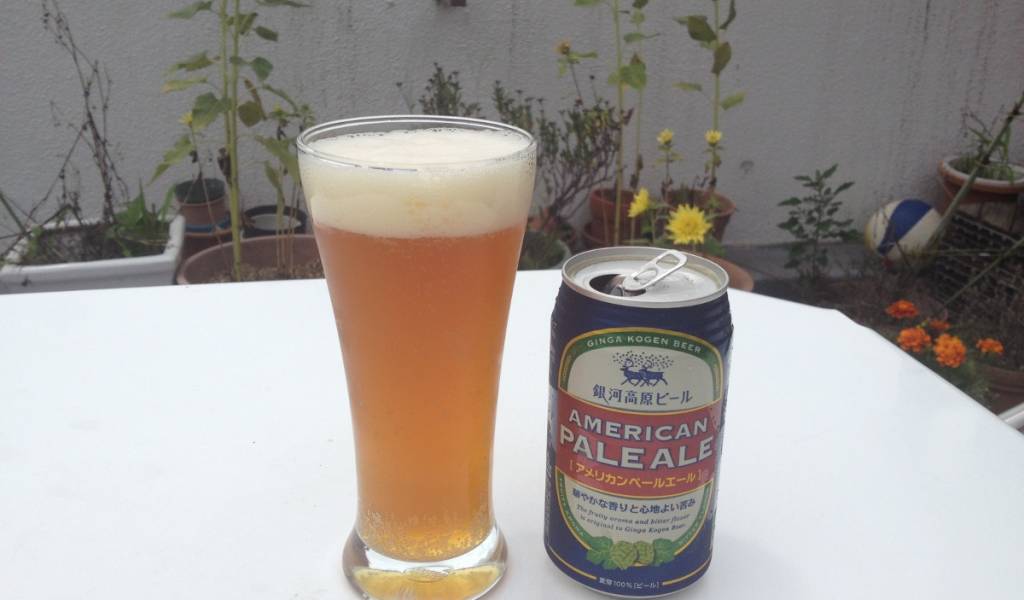 Japan has seen an explosion in both the production and popularity of craft beers (called jibiiru in Japanese) over the last few years.  For those not satisfied with a production line pilsner from one of the big four breweries, there are plenty of options that won’t break the bank. 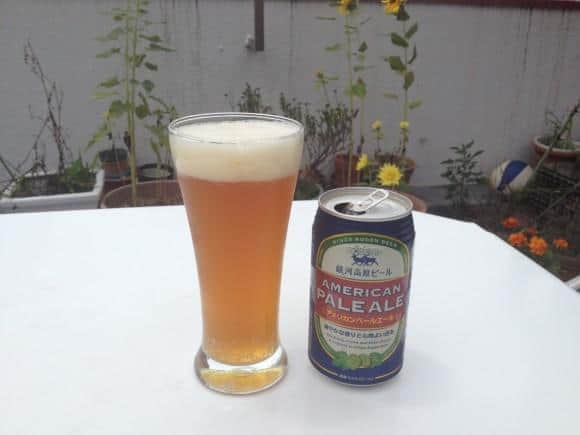 Although Ginga Kogen is famous for their wheat beers, their American Pale Ale is quite different.  The appearance is cloudy and amber with plenty of carbonation and a frothy head.  The taste is both hoppy and sweet – despite the marketing on the can that says “The fruity aroma and bitter flavor is original to Ginga Kogen”, this is Ginga Kogen’s answer to Yaho Brewing’s Yona Yona.

At least for me, this is the best beer that I’ve tasted from Ginga Kogen and it’s much more impressive than the various wheat based beers in blue bottles. 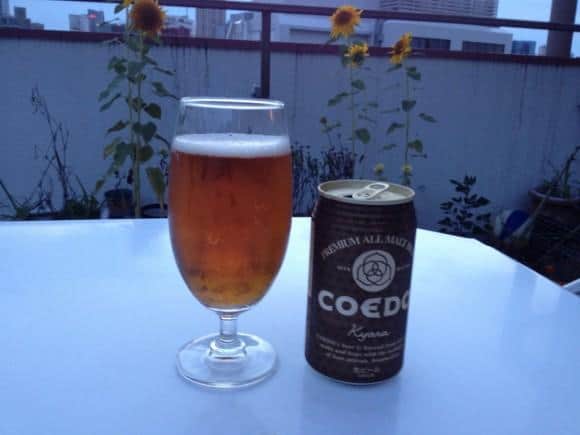 This is quite an unusual beer. I picked it as a Pale Ale or an IPA but it is in fact an ‘IPL’ – an Imperial Pale Lager.  This means it has the hoppy bitterness of an IPA mixed with the light body of a lager.

This is a solid, tasty beer. It is very hoppy but without a lot of sweetness like you get with the Ginga Kogen APA above.  If you’re not a hop head then the bitterness of this beer might be a bit much for you. This is the kind of beer that if you let your cheeky eight year old nephew have a sip, he’d probably run his tongue under the tap for two minutes to get rid of the taste. Don’t let that put you off though, that’s why beer is for grown ups.

, Seijo Ishii and lots of other supermarkets 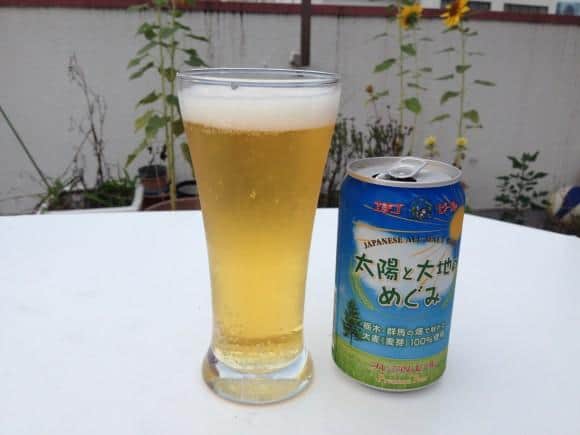 The name of this beer basically translates to the “Grace of the Earth and the Sun”.  Names like this and a description that talks about “kodawari” and farmers working the land are usually a red flag for me.  Also the can looks like it should contain peas rather than beer.  Nevertheless, the concept of the beer is that it contains domestically grown ingredients – malt and hops from Gunma and Tochigi.

The beer itself is a pilsner with a relatively clear, pale colour and a pleasant malty aroma. It is perhaps slightly hoppier than a big 4 beer but is smooth and easy to drink. So easy in fact, that I hardly noticed I was drinking it – so probably a good beer to drink with company when it’s more about being social than wanking on about the taste of a beer. 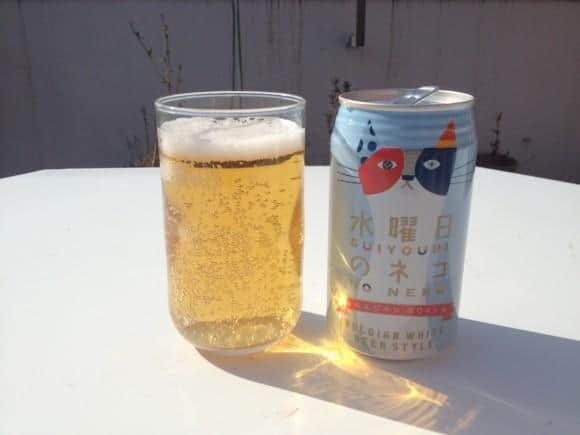 Talking of beers with ridiculous names, this one is called “Wednesday’s cat”.  It’s maybe not so strange for Yaho Brewing though – Yona Yona and Blue Devil are a bit different too.

Apart from the name, the other unusual thing about this beer is the style. While white beers are almost too common among Japanese brewers, this is the first one I’ve seen from Yaho Brewing.

This is apparently a Belgian style witt bier. I’d call it ‘witt bier lite’ – definitely a white beer taste but not as creamy or smooth as you might expect. This beer would probably go nicely with fried food such as oysters or chips.

Yaho Brewing is another brewery known for its flowery prose. They claim that “Suiyobi no Neko has the fragrance of green apples and orange peel with a faint taste of herbs highlighting the fruitiness of the beer”. There’s probably something in the orange peel thing, but compared to Belgian style whites from Echigo and Hatachino it’s quite mild. 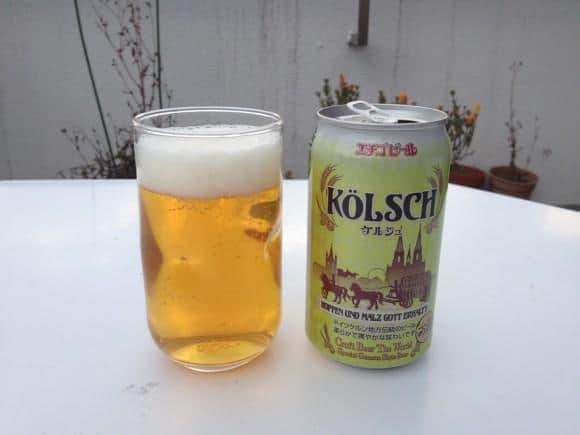 Kolsch is a local speciality of brewers in the Cologne area of Germany. This lager like beer is very bubbly with a clear, golden appearance   It has a mild hoppiness – not a ‘grab you in the crotch’ bitterness of an IPA but more than you’ll be accustomed to from a Sapporo Black Label.  Contains some wheat as well as malt and hops. I’d recommend this as a good accompaniment to a summer BBQ.

If you’re wondering why this is called “5 more”, take a look at our post on Japanese Craft Beers from last summer.