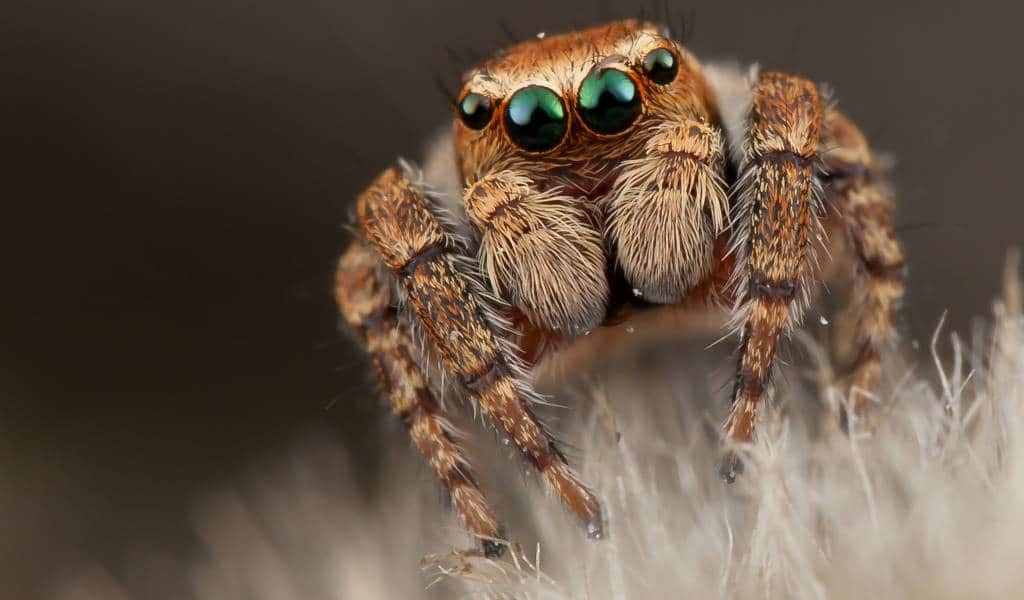 Pet or Threat: Wildlife in Your Japanese Home

Tokyo lies in a subtropical climate zone, home to some surprising biodiversity—welcome or not. Whether you’re living in Japan or just visiting, here’s a list of 10 critters commonly found in Japanese homes and how to react to them. While many are completely harmless, some of these Japanese bugs are pests or poisonous. So let’s take a look at who is your pet and who’s a threat.

Found inside homes, sticking to the walls on your balcony or veranda, the Japanese gecko is a common sight from Kyushu to Honshu. Keep them around! The small, harmless reptiles are insectivores that will rid you of at least some of the mosquitoes and flies around your house.

Special ability: they can shed their tail that will keep moving for a while to distract an attacking predator (like your cat) and flee.

Small and compact-bodied spiders that move by jumping, rarely larger than 3–4cm. They are covered in a short, dense fur and are surprisingly cute for a spider. There are various species and they’re commonly found inside Japanese homes. They tend to flee rather than attack if feeling threatened and they are neither poisonous nor usually big enough to pierce your skin. No reason to worry at all, just let them pounce the fruit flies and other small insects in your house.

Ugh. Of course you knew of these guys before coming to Japan—but maybe not how common they are in Tokyo! In summer, they can infest especially older Japanese homes. But truth be told, no matter how clean or new your place, they will come by to check out your crib.

Keep your doors and windows closed tightly to bar them entry and also check air vents in the walls and the fan above your stove as possible entry points. They like warm and humid places with food leftovers and trash on offer, so keep your house cool, dry and clean.

If they keep on coming back, it might be time to set up a trap: the gokiburi hoi hoi (ゴキブリホイホイ) is the most popular one. In summer, drugstores and some supermarkets have whole areas dedicated to roach-fighting implements, which are easily detectable from the images and the term goki (ゴキ) somewhere on the pack. Read our full guide to dealing with cockroaches.

A small, brown and unsuspicious looking beetle, less than half a centimeter in size. You might just overlook it when you see the first one. But if you let them be, they will infest all your dry foods (like rice, pasta, oats, flour, etc.) that aren’t sealed completely airtight. And lay eggs in them, which will hatch larvae that look just like rice grains (guess how I found out).

The only thing you can do is seal absolutely everything in containers, with tape if you must, or store it in the fridge during the summer months. And kill every single one you see! Also, putting a bay leaf into your dry foods can prevent infestation. They will disappear again in winter—thank God, but might leave their eggs behind.

If you are from a colder climate, chances are you have heard of but never seen termites—and are unaware of the havoc they can wreck on a wooden Japanese house. And chances are you won’t see them in Japan either. The species in Japan are subterranean and only come out at night. They usually infest wooden structures from outside and below and are often only detected when it is too late.

Signs can be termite wings on the ground around the house (they swarm and look for new homes in spring), sagging floors with a hollow sound when walking on them (as they hollow the wood out from below), shaky beams and the tapping sound of their mandibles chewing at the wood. They can weaken a house to the point of collapse, meaning you must get a professional exterminator—it’s too risky to try getting rid of them on your own.

I know, I know. They look horrid. But, for one you haven’t seen what else is on the list below yet, and two, they are harmless. That is a lot of legs indeed, but the house centipede is a non-aggressive and smaller (up to 3.5 cm) variety of centipede that generally doesn’t bite. If you let them be, they will decimate other creepy-crawlies like insects and spiders around the house.

If you don’t like them, and they keep on coming back, you might need to check which open cracks they are coming in from and seal those. Also, all centipedes like humidity. These arthropods can’t self-regulate moisture and would suffocate in a dry environment, so they seek out cool and damp areas. Make sure your kitchen and bathroom are dry and well aired and keep the air conditioner on dry mode.

This is a species of mite, so small you probably won’t see them—but you will definitely feel them! They leave bites that are small, red, itchy, and some say they find two bites close to each other. Bites are usually on those parts of your body not covered by pajamas: feet, ankles, hand, neck and the face (thanks a lot).

Even if you don’t have tatami in your home, you aren’t 100% safe. They can also live in bedding, clothes and carpets. To prevent a dani infestation, first rule is to keep clean: vacuum your tatami every week and shake out and change bedding frequently. Heat and UV light will kill dani, which is why you see your Japanese neighbors hang out their bedding and futons out in the sun.

For more severe cases, there are anti-dani wipes for your futon, and dani-killing sprays available in the supermarkets and drugstores. Look for the katakana ダニ as in e.g. ダニアースand ダニよけ sprays.

Japanese name: Ashidakagumo
Verdict: Not a threat (pet if you are hardcore)

Huntsman spiders exist all over the world. The Japanese ones happen to be rather large, up to palm size. And hairy. If you can’t stand to be in the same enclosed space with them, I don’t blame you, but apart from the fact that they fell out of the ugly tree and hit every branch on the way down, they aren’t dangerous. They can bite, but usually don’t. They don’t make webs and turn your home into a horror house. They aren’t aggressive, unless it is a female with eggs, and usually keep to themselves in some corner—like your underwear drawer, behind the curtain you just opened and so on.

So if you had enough of the jump scares, try to remove it. The catch-it-in-a-glass thing works well if you’ve got the guts for it (and a jar large enough to fit in all the legs). Otherwise, you’ll have to somehow kill it. Good news is that usually not too many of them are around, as they are also territorial.

Kill it! Burn it with fire! I am usually known to love all animals, but I draw the line at giant centipedes. Up to 20 cm long, these hideous creatures can not only bite you (which is said to hurt 10 times as much as a bee sting but isn’t fatal), they are also mildly venomous and aggressive. Not a great combo for any house guest. They have a tendency to appear out of nowhere and move really quickly toward people’s feet, probably to hide under them. Also, Japanese people who live in rural, mountainous areas have told me that they like to snuggle up in bed with you if you sleep on a futon. Great. Sleep tight then and sweet dreams!

If you encounter one, get rid of it. In this case, it means killing it. Because throwing it out won’t work. They are territorial (they fight over territory with the huntsman by the way, keep that in mind before you smack that spider) and will just walk right back in. They live a couple of years, so they’ll be around for a while as a cherry on top. And don’t touch it, because a) it can bite and b) they secrete an irritating substance from their exoskeleton that you don’t want to get on your skin, making them both venomous AND poisonous, how wonderful.

Apparently some Japanese people actually do kill it with fire or hot water but that sounds very cumbersome and unnecessarily dramatic. More practical (but equally horrid if you think about it in depth) is to vacuum it away. It is my best advice. Also, again, check for cracks from where they could come in. They can also come up through drains, so cover them when not in use. Keep your home dry; they can only live in humid areas.

And finally, tidy up! They love to hide under clutter on the floor or leaning on walls. Last resort, there are mukade powders and sprays available in drugstores and supermarkets. They are usually labeled with a picture of a centipede and the katakana ムカデ. Sprinkle or spray around doors and windows to stop centipedes from entering.

Frequently growing larger than 5cm, and equipped with a 1cm stinger, this last hellspawn on the list sports wings to top it off. It is a subspecies of the Asian giant hornet, the largest hornet in the world. Its Japanese name literally means sparrow bee due to its large size.

Their venom is potentially fatal and every year, a number of people in Japan die from the allergic shock caused by getting stung. A rule of thumb is that one sting won’t kill you (as long as you aren’t allergic to bees), but several can. Either way, if you happen to get stung by one, immediately wash it with water and squeeze (don’t suck) out the poison. Apply an antihistamine cream if you have one and go to the hospital. Don’t take risks with this one.

They are around from spring to late summer and luckily are unlikely to invade your home. If you happen to find a nest around your house, inform the authorities who will remove it. In parks, you sometimes find warning signs for hornet nests, so stay clear of those areas. A final—though hard-to-follow—word of advice is to stay calm if you encounter one. They are quite aggressive and waving your hands around will make them even more so.

Also, no one calls them “murder hornets”—that’s just a term coined by the U.S. media.

While we do our best to ensure it’s correct, information is subject to change. Post first published in August, 2018. Last updated September, 2019.