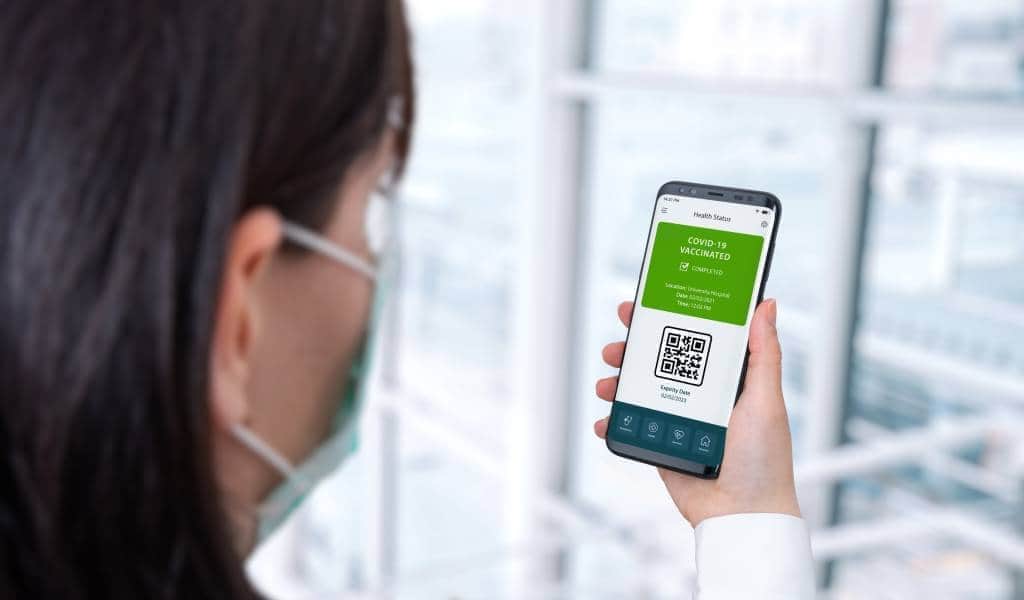 Japan's Vaccine Passports: What Does It Mean for International Travel?

May 5th, 2021 | Greg Lane
Sharing
** This article is based on information that was available at the time of publication and is no longer current. **

Vaccine passports are a system for recording the COVID-19 vaccinations and tests that an individual has received. Vaccinations and tests are no guarantee that someone hasn’t been or won’t be infected with the virus. But the argument is that a fully vaccinated and tested individual will be much less likely to pass on the virus or suffer serious symptoms if infected. Therefore, individuals could be permitted more freedom of movement—including the ability to attend events, dine at restaurants, and travel.

At the moment, the form that these passports might take is still being hammered out, but they will likely be digital and tied to your mobile phone. Various organizations are launching vaccine passports for travel, and at this stage it looks as if Japan will piggyback on one of the international passports.

As of this writing, some leading vaccine passports are:

Although not yet tied to international travel, the most thoroughly implemented vaccine passport is Israel’s Green Pass, which gives holders access to gyms, hotels, theaters, and concerts.

However, there is considerable pushback to vaccine passports. The World Health Organization, some states in the US, and even Japan’s vaccine czar Kono Taro (don’t say his name the other way around or he’ll get angry) have expressed reservations. The reasons behind opposition to vaccine passports varies, but it ultimately comes down to concerns over privacy and fairness.

Japan seems to be favoring CommonPass. However, the wild west nature of the market and absence of a worldwide consensus means that this could change. The system to be chosen by the European Union has a good chance of becoming the de facto standard due to the high volume of travel within Europe and the likelihood that Europe will be open to American travelers during summer 2021.

How is Japan planning to implement vaccine passports?

Japan has recently expressed interest in introducing vaccine passports for international travel (report from Kyodo). However, if you’re outside Japan, it’s still too early to get excited. Currently, vaccine passports are being considered to facilitate international business travel by Japanese citizens and residents. To date, there has been no mention of inbound tourists.

According to the report from Kyodo, vaccine passports will record negative PCR and antigen tests (it’s not clear what happens if you get a positive result!) and will be linked to Japan’s Vaccination Record System database. As mentioned, the likely base for the passport will be the CommonPass app.

The Japanese government is known for slowly drip-feeding policy plans to the media. The suggestion that something will happen means there’s a 90% certainty that it will be introduced unless the media release triggers an immediate pushback. So far, so good.

Written by: Greg Lane
Greg's Tokyo favorites are: Shinshu Osake Mura, Kiyosumi Teien Garden, The American Craft Beer Experience 2023
Filed under: Getting around
Tags:
Sharing
Questions or comments about this article?
Start a thread on our community forum
Ask our local experts about Tokyo