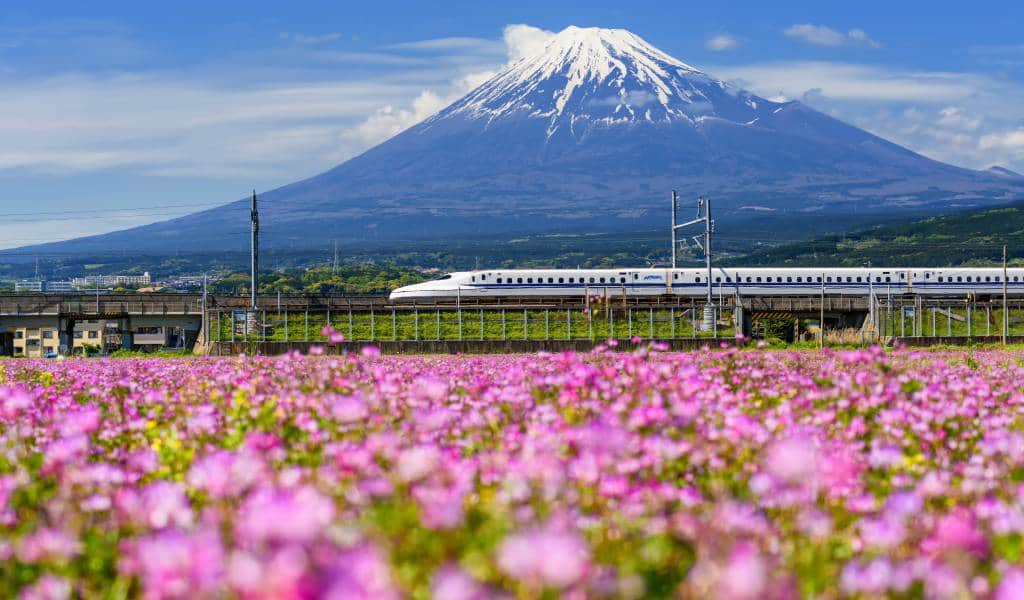 For us Japan old-timers it’s easy to forget just how confusing Japan’s enormous rail system can be. Each of Tokyo’s international airports are served by two different lines operated by two different operators that go more or less to the same place. Japan has above ground commuter trains that turn into subway trains, subway trains that become commuter trains, monorails, trackless trains, light rail, and high speed rail—operated by more than 50 different companies. What could be easier to understand than that?

Once open a time, there was a government run national rail operator called the Japanese National Railways (JNR) that controlled all of the government owned railways from the top of Hokkaido to the bottom of Kyushu. In order to improve profitability, in 1987, the assets of JNR were transferred to 6 regional companies together known as the JR group.

In each of these areas, most of the long distance trunk lines and a lot of the above ground commuter lines are run by JR. You can buy tickets that start in one JR area and finish in another. They also cooperate with each other on the Shinkansen high speed rail system (which we’ll get onto shortly.) Additionally, you can use your rechargeable IC travel card from one JR area in any of the others. In fact, luckily for everyone, transit cards are almost all interoperable.

Another area that JR siblings cooperate on is the JR Pass, which gives foreign tourists unlimited travel on the JR network for seven, fourteen, or twenty-one days. Be careful not to mix-up the JR Pass with the many regional passes that the JR companies also sell. Both JR East and JR West have an extensive range of passes—almost all of which don’t allow travel into a neighboring JR operator’s area. If you’re struggling over which pass to buy, we have a guide for that too.

The Shinkansen needs little introduction. The trains on the “New Main Line” (“bullet train” was a name coined by western journalists at the 1964 Olympics and isn’t used in Japan) are sleek, fast, comfortable, and efficiently transport millions of passengers each year from Shin-Hakodate Station in southern Hokkaido all the way down to Kagoshima Chuo in southern Kyushu.

The trains run on a dedicated network with a special wide gauge, except for a couple of hybrid Shinkansen in Akita and Kyushu which can also run on regular train lines.

The network is split up into the following lines:

Along with the various lines, there are a variety of different named services that run on each of the lines. For example, on the Tokaido Shinkansen from fastest to slowest the services are Nozomi, Hikari, and Kodama. Nozomi only stops at the main stations while the Kodama stops at every single station on the line. Each of the lines has their own versions. For example, on the Tohoku Shinkansen there is the super fast Hayabusa, the slower Hayate, and other services such as the Yamabiko and Nasuno which stop at more stations and don’t run the whole length of the line.

For more about riding the Shinkansen, see our complete guide.

New Shinkansen luggage rules from May 2020 dictate that luggage with dimensions of over 160cm but under 250cm will require special reservations (at no extra cost), and bags over 250cm won’t be allowed onboard the bullet train at all. This is only for the Tōkaidō (Tokyo to Osaka), San’yō (Osaka to Fukuoka), and Kyūshū (Fukuoka to Kagoshima) Shinkansen.

Pro tip: If you have a lot of luggage, or even one huge bag, consider sending it on ahead with a luggage delivery service.

In addition to the JR lines, there are more than 50 private railway companies which run hundreds of lines throughout the country. Many of these were established in the early 20th century during a population boom accompanied with a railway building boom. Some are commuter lines which run near or alongside JR lines, while others run to resort areas surrounding big cities. For example, around Tokyo, resorts and recreational areas such as Hakone, Nikko, and Mount Takao are all served by private lines. Riding a private line is no different to riding a JR line, but you might have to use a different station. For example, in Nikko, JR Nikko Station is separated from Tobu Nikko Station by about one hundred meters. In other places, JR might share a station with one or more private railways with each having their own separate ticket gates.

IC card based travel cards work seamlessly across most private lines, so you can catch a JR line, then switch to a private line without having to use a different ticket. If you are a whiz on the ticket vending machines, you can even purchase a paper ticket that will allow the same. However, you can’t use any JR passes on private lines. Often in large metro areas like Kanto, Nagoya and Kansai, private operators get together to produce their own travel passes, such as the Kansai Thru Pass.

One thing private railways do not offer is long distance travel between cities. You can get private lines from big cities to destinations around the city, but (with the exception of the Kintetsu line which connects Osaka and Nagoya) you can’t go long-distance intercity. Destinations around Tokyo served by private lines include Nikko, Hakone, Lake Kawaguchi/Mount Fuji, and Mount Takao.

Subways (the Tokyo Metro being the largest) are just private railway systems that (mainly) run underground and which are usually owned and operated by municipal governments. In Tokyo, with the exception of the Marunouchi Line, the Ginza Line, and the Oedo Line, all of the subways are heavy rail that connect with suburban lines. Most but not all of the lines that connect to the subway are private commuter lines. This means that commuters in far flung suburbs or “bedroom communities” can usually get right into the middle of Tokyo on a single train.

Tokyo, Yokohama, Nagoya, Fukuoka, Osaka, Kobe, Kyoto, Sendai, and Sapporo all have their own subway systems.

As with all countries, there are (often unwritten) rules about using trains. The most obvious one is queueing. People don’t just queue for long distance ticketed trains, they queue for ALL trains. You can probably get away with pushing in, but you will attract the worst of social censures—scornful looks and tut-tutting from everyone on the carriage.

Another custom that has become even stronger since COVID-19 came along is not talking on the train. Occasionally on the weekend or when a big group of school students board the train, the volume will rise. However, it will be a long time before reminders to “refrain from unnecessary talking” disappear. The worst offence is to talk on your phone. This is such a serious violation that grumpy old men have been known to jump to their feet and loudly admonish the usually young offender with a shout of “urusai!” (shut up).

Railways and the Shinkansen are enormously popular and a point of pride for many in Japan. People often make special trips to ride certain services and the rail operators themselves make a real effort to differentiate their services, running special promotions to attract passengers and sell tickets. Some examples of this are the Hello Kitty Shinkansen, Pokemon themed trains, an art gallery Shinkansen in Niigata, trains with interiors produced by world renowned designers, trains with foot baths, trains with wood stoves, trains with kotatsu—the list goes on.

One result of this is that there are plenty of train obsessives—known in Japanese as densha otaku (train nerds.) While most of them are harmless, they have gained a bad reputation in recent years for blocking train platforms and generally just behaving badly. A recent incident involving a foreign resident photo-bombing a large group of densha otaku was widely shared on social media with most people criticizing the train nerds for their reaction rather than the photo-bomber.

Socially inept densha otaku aside, Japan is a train photographer’s paradise. For some of the best spots in Tokyo, see our trainspotter’s guide.