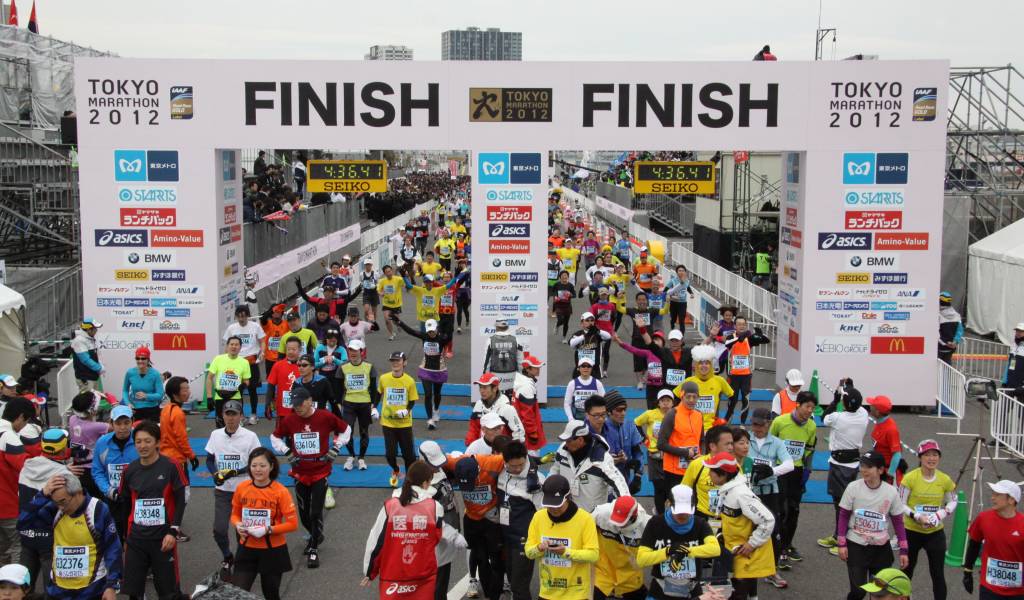 Some no Komichi – Fabric Dyeing Festival (Feb 26-28): If you’re of the opinion that indoor art galleries are a little over done, then we suggest checking out the Some no Komichi festival. In tribute to the dye producers that were common in the area until the 1950s, long brilliantly colored kimono fabrics will be hung by wires above Myoshoji River. Makes for a great display to appreciate art, tradition and city all at once.

Tokyo Marathon (Feb 28): Join the crowds as they watch tens of thousands of runners compete in the ever-popular Tokyo Marathon. If you decide to watch the start of the race by the Tokyo Metropolitan Government Building in Shinjuku, optimize your day by heading to the building’s observatory deck on 48th floor for a free view of the city. Or if you’re waiting at the finish line near the Imperial Palace, pop into the East Gardens for a stroll (no admission fee!). Among other costumed participants, keep an eye out for the flashing-lights-clad Joseph Tame—you’ll remember him as the running Christmas tree (he surely won’t be hard to spot!).

Hina Matsuri – Floating Doll Festival (Feb 28): Another river festival, this one taking place along the Sumida River, will honor of the good health of girls by sending dolls down the river by boat, which will carry away any bad luck.

“Pipes of Piece” Concert (Feb 28): This is a free concert at Yoyogi Park’s outdoor amphitheater whose line-up will feature various indie artists. Since you’re already in the area, check out the flea market also at the park. The official site doesn’t offer up much information of the types of vendors, but you safely expect cheapo pricing!