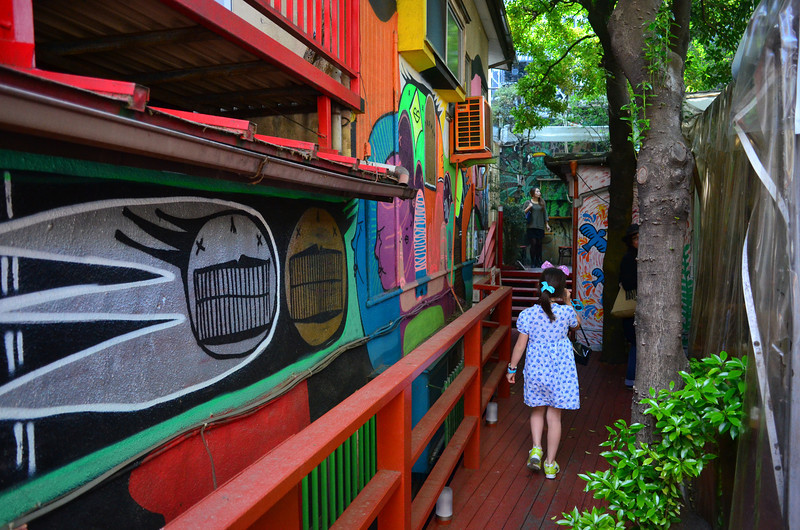 9 Free and Fun Places to Take Your Kids in Tokyo

Tokyo has the reputation of being an impenetrable and unfeasibly expensive place to live and travel. At least that’s what I thought when my son was born here in 2002. I was nearly broke, in a dismal job and certain that my boy and I would be relegated to dusty street-side playgrounds since we wouldn’t be able to afford anything else. How wrong I was.

I eventually found a better job, but I continued my search for fun, free and family-friendly activities in Japan’s capital. It turns out there are heaps of them, and by the time my daughter was born four years later, I had a large and growing list of places to go and things to do with my brood.

There are many reasons to love being a parent in Tokyo, including its fantastic kid-friendly museums and cultural spaces, many of which are either free or reasonably priced. A few of these were easy to find on websites or in various publications, but I found many to be elusive. One thing almost all of them had in common, I discovered, was that unless a place was specifically designed for children, it was hard to find a parent’s voice. Sure, I spend a lot of time in parks and playgrounds, but I wanted to take my kids to museums and galleries as well, so I wanted to know whether or not other kids had been and what their experience was like.

I created the Tokyo with Children city guide so I could share some of the places we discovered with like-minded families. Some may seem obvious, but many weren’t on any sort of kid-friendly radar. There were too many to put in a single book, actually—I capped the first edition at just over 100. Below I’ve listed a few of my family’s favorites, both on the radar and off. 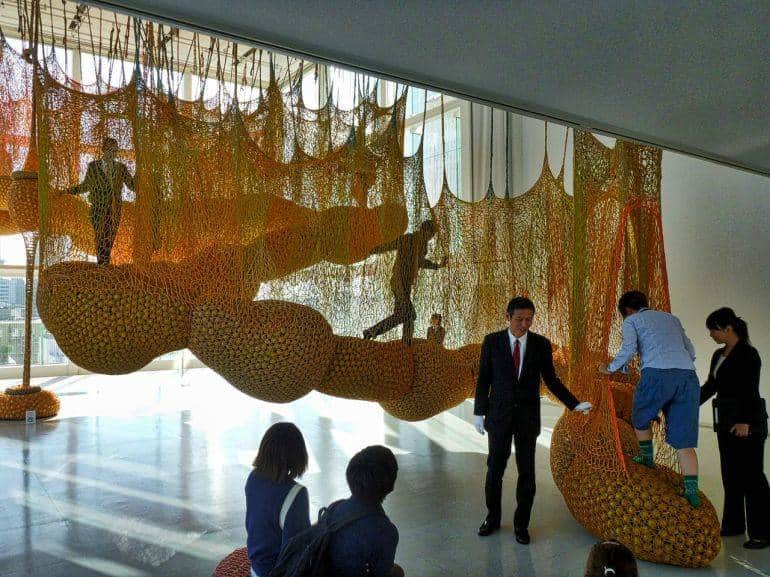 Let’s put the fanciest venue first, shall we? Several of the world’s biggest luxury brands run impressive contemporary art galleries in their Tokyo flagship stores, and the nicest of these is Espace Louis Vuitton. Smack dab in the middle of glitzy Omotesando, this space pulls some impressive talent from Japan and abroad, and it’s free and kid-friendly, so paupers like me get to shows our kids artwork that costs as much as their first year of university. As with any gallery or museum, it’s your responsibility to make sure that your kids are well behaved and keep their hands to themselves. Fortunately, Espace Louis Vuitton often has interactive or hands-on art. For example, Brazilian artist, Ernesto Neto, once had one of his knit sculptures hanging from the nearly 9-meter-high ceiling, and patrons were invited to climb in. 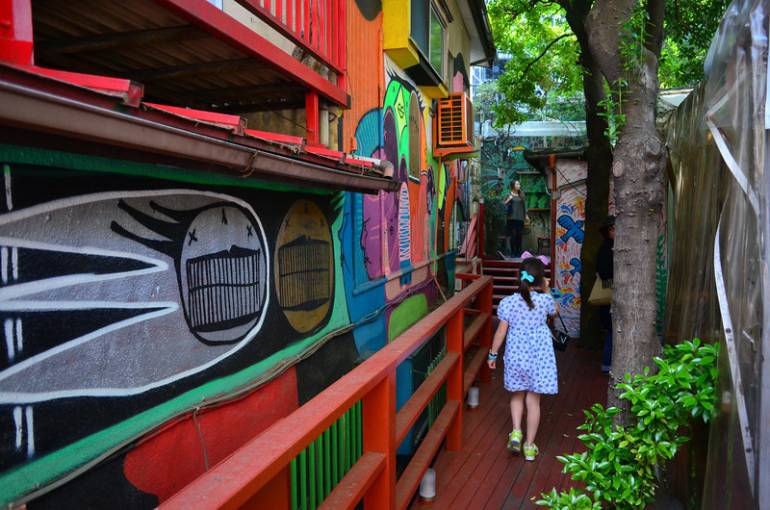 Tucked into a side street on the other side of Omotesando is Harajuku’s Design Festa Galleries. Where Espace Louis Vuitton is sleek and sophisticated, Design Festa thrives on the frenetic amateurism of Japan’s young art students. There are dozens of rooms spread across the space’s several buildings, and the art wildly varies in quality, but you can always count on some colorful smattering of creative exuberance in a handful of the rooms. The creators themselves are frequently sitting there in hopes of selling their work, and so it can be a good time for kids to meet aspiring artists in a more casual settling. Sakuratei, the okonomiyaki/monjayaki restaurant run by the gallery management, is a good place for a cheap early dinner, but be wary that the graffiti-covered main dining area can get a little rowdy later in the evening, as the all-you-can-drink special here is real doozy. 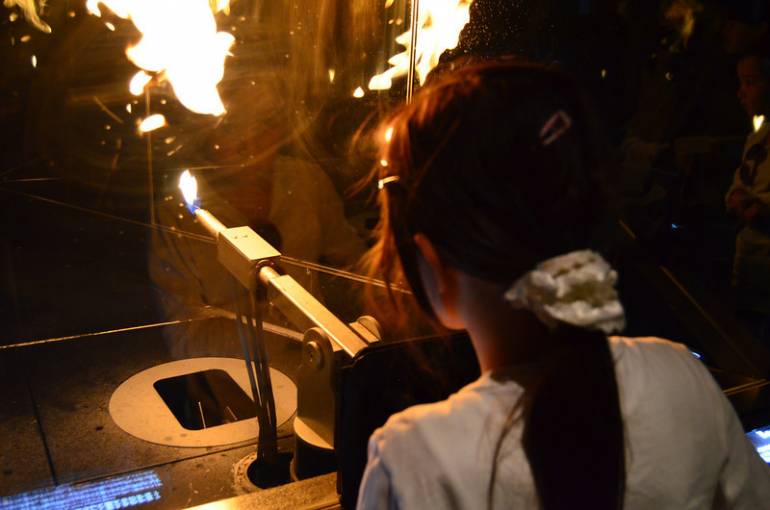 This may not sound like the most exciting place, but my kids love it here. Basically a walk-in advertisement for Tokyo’s natural gas company, the Tokyo Gas Science Museum is large, open and sublimely climate-controlled—warm in winter, cool in summer—relaying all the wonders of its star natural resource in a fun and fairly educational way. The hands-on aspect of many of the exhibits means the kids are also getting a bit of exercise, as well—kids heave a massive wok in order not to “burn” a CG-augmented stir-fry, and various pumps and tunnels ensure that kids are always running, crawling and pumping their way around the facility. The museum’s location next to a playground, a field, a large shopping and dining complex (LalaPort Toyosu) and a Yurikamome monorail station (Toyosu) means that there’s plenty to do once you step outside too. 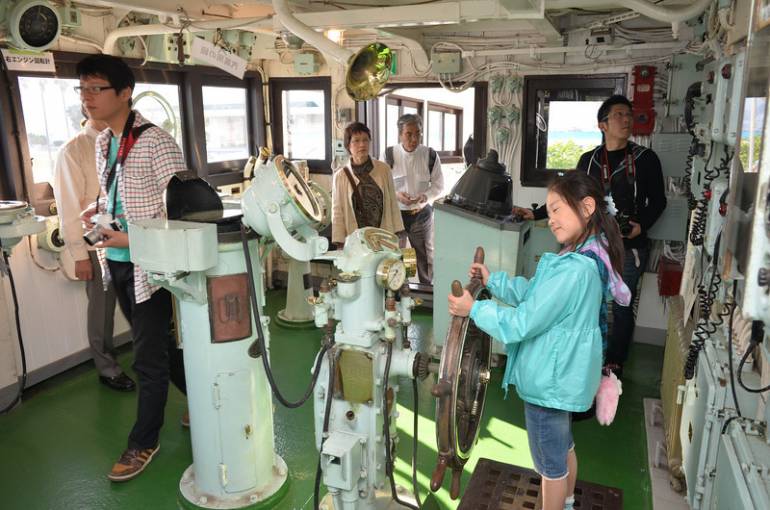 Okay, so I’m actually not recommending the museum itself—at the time of writing, it was closed for a much-needed renovation, and I’m sure that it won’t be free once it opens again. The boatyard next door, however, is free and quite interesting. Here you can climb aboard the S.S. Soya, an “icebreaker” ship that went deep into the Antarctic. It’s been turned into a museum telling the story of its journey. This is actually fairly interesting, but what most kids will enjoy more is simply climbing all over this floating hunk of metal and rubber, pressing all the buttons and knobs on the captain’s deck and manning the wheel. While I wouldn’t tell you to cross town just for this, I would recommend you adding it as a stop to your next trip out to Odaiba. The fantastic National Museum of Emerging Science and Innovation is also just a  5-minute walk away.

Most people don’t recommend visiting a graveyard with kids, but I’m not like most people. The Yanaka Cemetery is a beautiful and tranquil pocket of old Tokyo north of the city center, with massive trees shading a maze of majestic upright gravestones. Kids can run around the paths here a bit, but shouldn’t get too out of control. Walk through the cemetery from Nippori station and in 10-15 minutes you arrive at Scai the Bathhouse, another well-respected contemporary art space that often exhibits artists like Nawa Kohei, Anish Kapoor, Julian Opie and others that adults and kids alike can enjoy. If you have time after a look in the gallery, check out the neighborhood. This area was not bombed as heavily as other parts of the city. The side streets nearby aren’t as trafficked, and they offer a glimpse of what Tokyo looked like before the war. 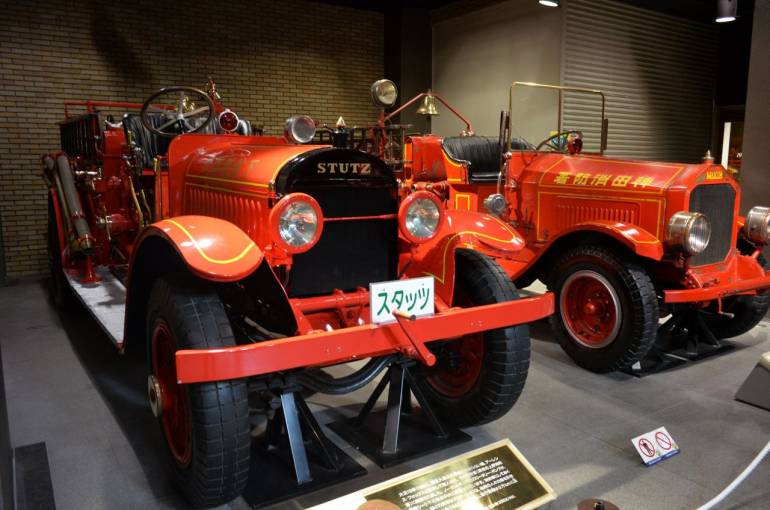 If your child wants to become a fireman, boy do I have the place for you. The Tokyo Fire Museum is free and a really fun way to spend a few hours in Shinjuku. You can enter from street level or straight from the subway, but I advise you to start at the top floor and work your way down. Before you head up, however, ask the front desk when the helicopter — yes a real helicopter — is open to the public that day. Kids can sit inside at certain times, and you want to get ahead of the line. Japan’s penchant of well-made dioramas in on full display here, but some of the old firefighting equipment is what my son and I enjoyed most. Little ones, however, will likely get the biggest kick out of the four massive fire engines in the basement. 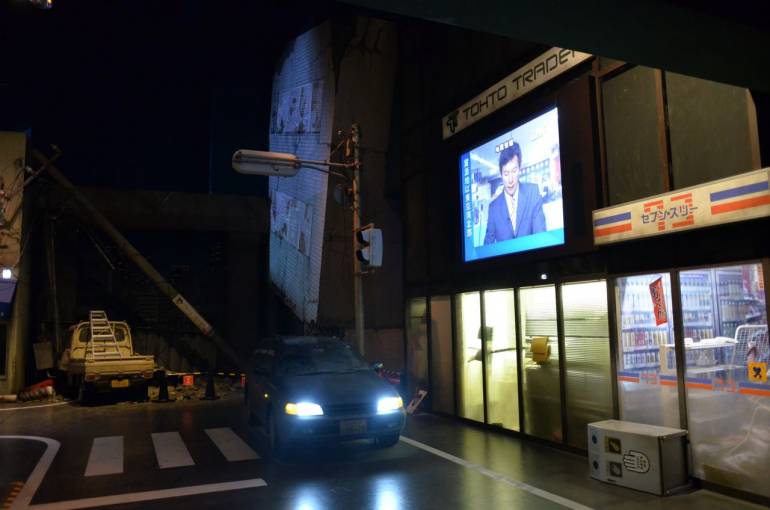 So you’re in Tokyo—one of the most seismically active places on the planet. If the Big One hits, are you prepared? If you visit the Tokyo Rinkai Disaster Prevention Park, you might be. Here you learn how to react and survive if a massive quake struck in the city center, but in an exciting and—dare I say it?—enjoyable way. The earthquake simulation and aftermath experience is realistic enough that I wouldn’t recommend bringing preschoolers, but elementary school-aged kids and above may find the experience thrilling and educational. Participants are given a gadget to wear around their necks and released onto a street that resembles the set of a disaster movie. You and the kids then answer questions on the device pertaining to survival as well as search and rescue. At the end, there are additional displays on how to turn ordinary objects into a shelter, a stove and a sling for a broken arm. It’s sobering, yes, but also very interesting—many kids will get into it. 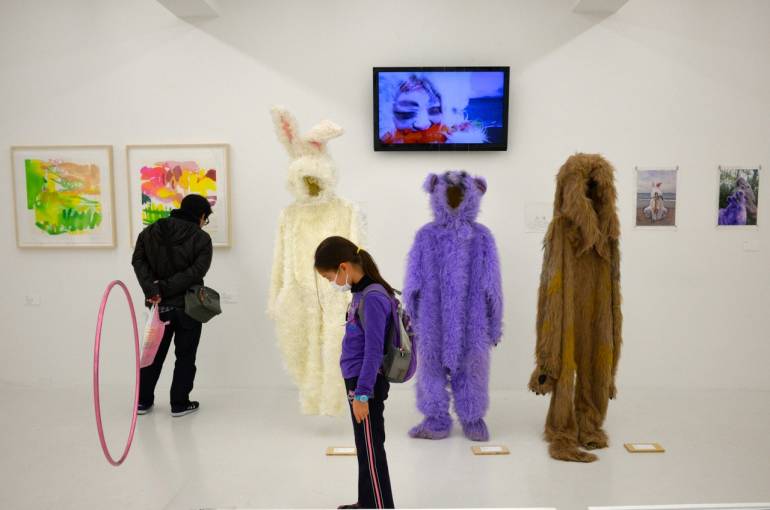 Built inside an old junior high school, 3331 Arts Chiyoda is a community center like no other in Tokyo. The first floor houses a café, a meeting space, a children’s play area and the building’s main gallery. The exhibits here are not always free, but the gallery spaces that occupy the second-floor classrooms are, and they often have fun and bizarre work to discuss with your kids afterwards. The website’s schedule is difficult to sort out sometimes, but I’ve often just showed up and found something fun happening. We’ve stumbled into an opening party, a wedding reception, a short film festival and a stained glass jewelry workshop. 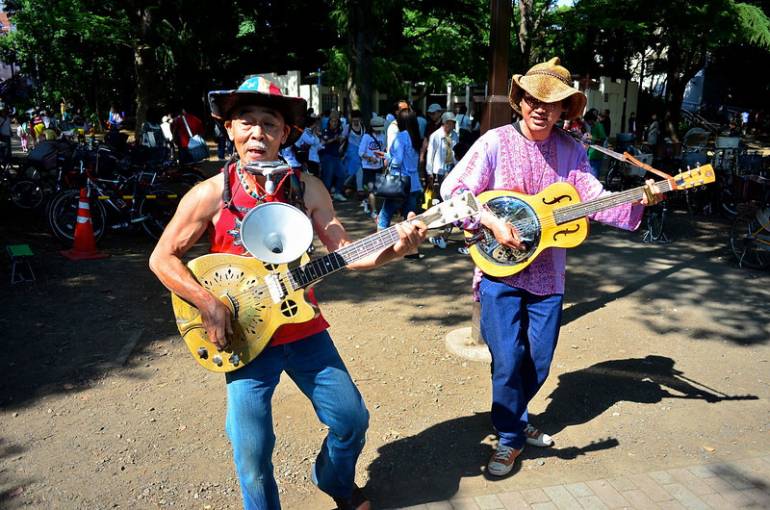 And lastly, let’s go for a stroll in my favorite park in the city. Yoyogi on a Sunday afternoon is hard to beat, but Inokashira Park on the same day edges out its downtown counterpart when it comes to family fun. Artists and artisans descend on the park on sunny weekends, providing plenty of entertainment and fodder for family conversations. The trees that envelop the area provide shelter from the sun in the summer and block cold winds in the winter, and you can always jump into a swan paddle boat if feeling like spending a few yen. Unlike downtown parks like Yoyogi and Shinjuku Gyouen, you can step out of Inokashira Park in any number of directions and find a decent bite to eat. Of course there’s the shopping streets nearby if you need shelter from the rain, and the Ghibli Museum is a mere 10-minute walk away.

There are plenty more fun places in Tokyo, but we’d like to hear where you enjoy. What has your family done for fun in Tokyo?