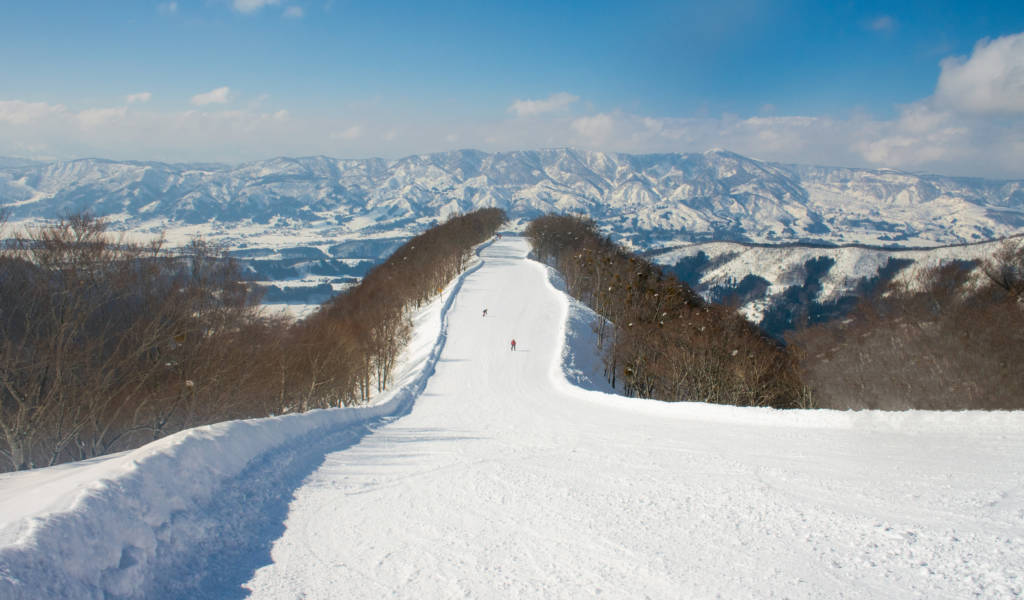 Discovered by a monk (as legend has it), Nozawa Onsen is the hot spring town crossed with a ski resort you’ve been dreaming of.

In the northern part of Nagano Prefecture is a skiing/hot spring paradise called Nozawa Onsen. Combining the two best Japanese winter pastimes—snowy skiing and warming hot springs—the town is a popular destination as soon as the seasons change. Whether you love one or both of these activities, the place has a small-town, local feel which makes it the perfect getaway from Tokyo.

Suggested Activity
Tokyo Sumo Wrestling Tournament
Get tickets to the famous sumo wrestling tournament in Tokyo! The national sumo tournament is held only 6 times a year and tickets sell out quickly, so be sure to book your tickets in advance!
Click here for details

Local legend says a monk discovered the hot springs in the eighth century, and the town has been famous for them since the Edo period. The offerings include 13 public baths (called sotoyu in the town), which are open to anyone and everyone, free of charge. Donations are appreciated, though, and you can put them in the marked boxes outside the bathhouses.

Hitting the slopes in Nozawa Onsen

Nozawa Onsen is said to be one of the areas where the sport of skiing kicked off in Japan. It was also the area used for the biathlon events during Nagano’s 1998 Winter Olympics. It’s a place that combines the best of winter sports with traditional Japan—and it’s accessible to foreign visitors thanks to English maps, menus and so on.

It may be the only resort in Nozawa Onsen, but without a doubt, it’s an impressive establishment. Even though it was opened in 1924 (making it one of Japan’s oldest ski resorts), it has modern lifts and gondolas. It has a good balance of terrain for all levels of experience. There is also a chance to get a view of the Northern Japan Alps and the Sea of Japan.

The ski and snowboarding season typically runs from late November to early May.

We highly recommend going in mid-January if at all possible, as that is when you can experience the Nozawa Onsen Fire Festival, one of the biggest fire festivals in Japan. The event honors a type of deity known as Dōsojin and is held to celebrate boys born in the past year, to dispel evil spirits, and to pray for happy marriages.

Traveling from Tokyo to Nozawa Onsen

A convenient option is to take the shuttle bus they offer from Narita or Haneda Airport to Nozawa Onsen. There are multiple round-trips each day, just make sure to book at least one week in advance. This season, the shuttle bus runs from December 18, 2019 until March 15, 2020. Tickets are ¥10,900.

The Hokuriku Shinkansen’s Hakutaka is the only bullet train to get from Tokyo to Iiyama, the closest station to Nozawa Onsen. It’s a little under two hours and around ¥8,980 one-way. From there, you can take the Nozawa Onsen Liner Bus for ¥600. There is also a taxi service available.

Looking for other places to hit the slopes this winter? The mega ski resort of Shiga Kogen is also in Nagano. See our guide for powderhounds coming from Tokyo for more ideas.

While we do our best to ensure it’s correct, information is subject to change. Post first published January 2018. Last updated January 2020.

Open with Maps
Nozawa Onsen
7653 Toyosato, Nozawaonsen, Shimotakai District, Nagano Prefecture 389-2502, Japan
Website
Written by: Emily Ting
Filed under: Things to do
Tags:
Sharing
Questions or comments about this article?
Start a thread on our community forum
Ask our local experts about Tokyo