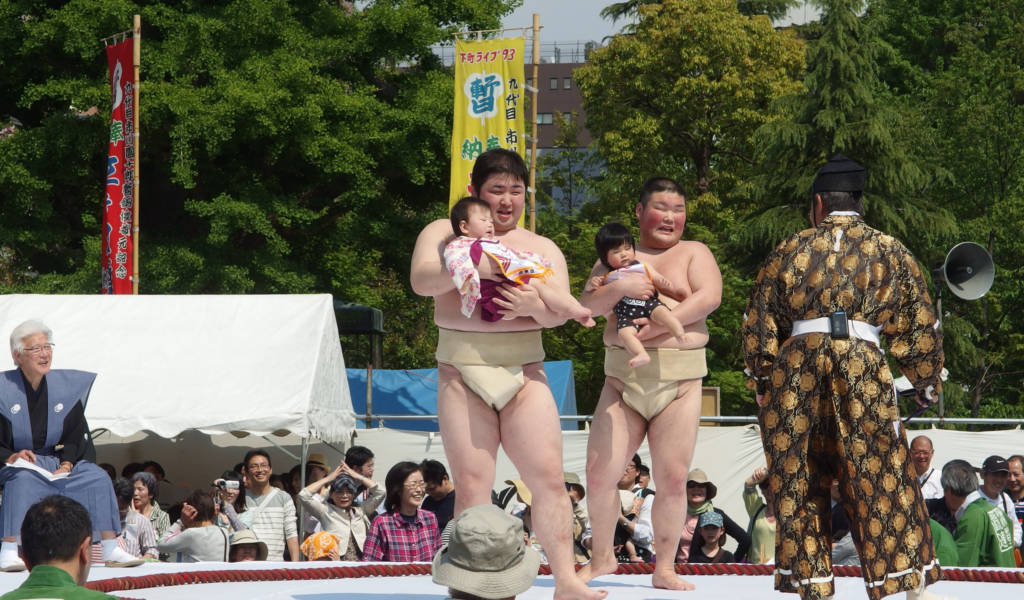 Go Beyond Tokyo’s Guidebook Weirdness to Find the Truly Unique

From robot restaurants to strange cafes and outlandish fashion, the adjective ‘weird’ has long been synonymous with Japan’s capital. Although trying out those quirky tourist attractions are a bit of a kick and provide some excellent social media fodder, the greatest thing about this city is the seemingly endless attractions beyond the guidebooks. If you’ve done the general rounds of weird and are looking for something a little less overdone, why not try some of these potentially not-so-deliberate strange Tokyo attractions?

In spring Tokyo is at its liveliest. Cherry blossoms fill the streets and parks and cherry blossom paraphernalia fills the shelves of convenience stores. It’s also a time of festival celebrations, almost like a new year, where old worries are left in the dust and ambitious new beginnings are as intoxicating as that fourth can of Asahi that’s getting pretty empty.

During this time Sensoji Temple in Asakusa plays host to one rather weird event known by most as ‘the festival where sumos make babies cry’ or more officially, the Naki Sumo Baby Crying Festival. The supposedly 400-year-old event is based around the classic Japanese saying: naku ko wa sodatsu, which translates roughly to crying babies grow well. During the event, two sumos take two babies (willingly passed on by the parents it should be noted) and chant at the babies until they start crying, the one that cries the loudest is declared the winner and is said to live a long, healthy life.

Want to go overseas, but have limited funds, no time and real-life commitments? Welcome to the club—one so big that here in Tokyo a company has come up with the next best thing: a virtual holiday. For a little over ¥6,000 you nab a seat onboard a First Airlines flight to New York, Paris, Hawaii, and most recently Finland.

It’s easy to feel a little cynical about the exercise at first, but there’s definitely something endearing about the company’s dedication to giving their guests as close to a genuine travel experience as possible (minus the long check-in lines and stressful customs inspections).

During the two-hour experience you’ll be run through the safety procedures, experience take off and soar over the city of Tokyo before being equipped with a VR headset through which you’ll see the sights of your chosen city. Once you’ve ‘been there, done that’ all from the comfort of your spacious airplane seat, it’s back on the flight for your return trip complete with a four-course meal representative of your destination (don’t worry the in-flight meal is much better than real airplane food).

Sure Tokyo has the very cute and famous Hachiko statue, but did you know that it’s also home to perhaps the only real-life statue that inspired an emoji? Sitting on the southwest side of Shibuya Station, near the ticket gate and Tokyu department store is a popular alternative meeting spot for those who have realized trying to find your friends in front of Shibuya crossing is the worst idea ever.

Officially known as a Moyai, this figure is a traditional rock carving from Easter Island. This particular one was given to Tokyo by Niijima Village in 1980 in commemoration of Tokyo’s 100th year as capital of Japan. If you scroll through your emojis you’ll find a large rock face, this is generally assumed to be the original source of inspiration for the emoji. Other landmarks turned emojis include the Tokyo Tower, and the since-removed Shibuya 109 emoji.

The man-made island of Odaiba is a hotbed of oddities. Spend a little time on this artificial tourist magnet and you’ll find the multi-colored Rainbow Bridge, a small replica of the Statue of Liberty, and arguably its most unique attraction, Chihira Junco, a cyborg clerk who mans the Aqua City info desk.

A creation of tech giant Toshiba Corporation, she’ll tell you how to find your way around the mall and also get a little personal (turns out she’s a resident of the Minato ward). What’s most exciting about Junco though is she does like to get dressed up for the seasons: you’ll find her wearing fun and freaky outfits for Halloween and she’s regularly seen donning a cute little Santa hat at Christmas.

For something more underground visit the Tokyo Sewerage Museum Rainbow, located in the unassuming neighborhood of Odaiba–Ariake. Run by the Tokyo Metropolitan Government Bureau of Sewerage it’s a museum dedicated to, as you’ve probably already guessed, sewerage.

Here you can learn all about the hard work of the city’s pipe-dwelling workers by getting your hands dirty and stepping into their boots. During your experience, you’ll be required to operate the pumps and inspect the goings-on in the lab and central monitoring room to make sure everything is flowing as it should. Although it may not be the most attractive of jobs, the experience is sure to give you a new level of appreciation for Japanese bathrooms long after the novelty of the toilet touchpads have worn off.

Read our guide of the “traditionally” unique things to do in Tokyo.

Asakusa Ikebukuro Odaiba Shibuya
Written by: Lucy Dayman
Filed under: Sightseeing
Tags:
Sharing
Questions or comments about this article?
Start a thread on our community forum
Ask our local experts about Tokyo