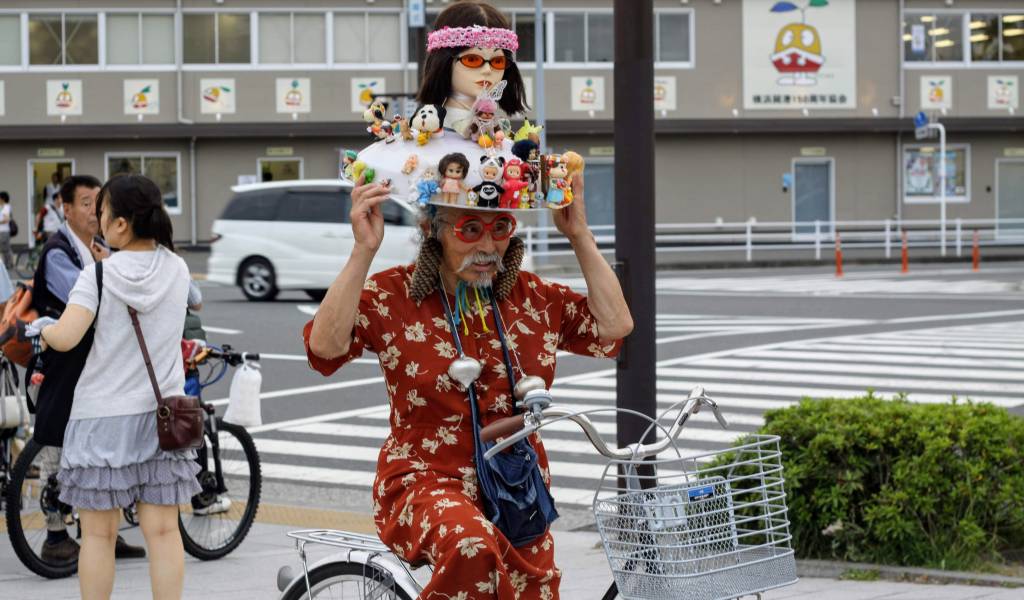 Reconditioned Bicycles: The Two-Wheeled Wonders and Where To Find Them

Cardinal rule #9 of living in Tokyo: Buy a used bicycle. No really, bicycles are The Way to get around, especially if you want to avoid being crammed onto a rush hour train. And shiny new bicycles are expensive. So let’s talk about the best places to buy used bicycles in Tokyo.

Why you need a bicycle in Tokyo

There is almost nothing that has not fit, or been made to fit, in the basket of my yellow mama-chari.

Now how does one explain the mama-chari? The “mom bike”, perhaps? It’s something of a dignified workhorse of a bicycle, equipped with several or more of the following: basket, child seat, kickstand, built-in lock with a teeny, tiny key of which you might want to make several dozens of duplicates. There’s little that has not been accomplished while riding the mama-chari — smoking, eating, catching up on cellular correspondence, endurance racing. No lie.

Inherently practical in a city too crowded for cars, bicycles are also incredibly affordable to maintain and use, especially in conjunction with the ubiquitous train system. While you can purchase your bicycle new at a department store or specialty shop, reconditioned bicycles do the job just as well and much more cheaply.

Where to buy used bicycles in Tokyo

There are three main ways for you to get your hands on a used bicycle in Tokyo — and don’t worry we’ll break them down for you in a moment — but before that there are a few things to consider when deciding where to buy from. The first is how much you’re willing to spend. Secondhand bicycles are generally much cheaper than their brand new counterparts, but even then there’s a lot of variance in price. The second thing you’ll want to think about is the condition of the bicycle, if you don’t know the gears from the breaks you’re going to get something that you can be confident is in good working order. Finally, don’t forget that it’s a legal requirement to register your bicycle — some of our suggestions will help you with that, but others might not, so make sure to check.

Secondhand bikes are often retailed by Silver Jinzai Centers (state-sponsored senior citizens’ work centers) that dispatch the skills of retired folk. Impounded bicycles are collected by the truckload and delivered to Silver Jinzai Centers across Tokyo. The bicycles are repaired by the senior citizens and once a month or so, put up for sale. Prices range between centres, but budget from ¥7,000 to ¥15,000. Similarly, the dates and times of the sales vary, but in general it’s better to arrive early to snag the cheaper specimens.

Like we said, there are lots of these centres all over Tokyo (and Japan) but not all do bicycle reconditioning. Have a look at this website to see if your local Ward or a nearby one has a Silver Jinzai Center. Then you’ll have to check each center’s site individually to see if they do bicycle reconditioning. Keep in mind that this is a not-so-frequently updated government site and we found that a few of the recycle center websites were down recently.

But to get you started, we recommended Suginami Green Cycle. Their sales run for two – three days every month and you to enter a lottery to be able to attend on the first day. To enter the lottery you have to a postcard in this format by the deadline listed on their website. It’s worth trying your luck, as the best bikes will definitely be snapped up early.

Another place to try is the Minato Ward Silver Jinzai Center. They hold bicycle sales on the second Sunday of every month from 10 a.m. to 12 p.m. On the day you sign up for a lottery ticket, and can pick out your bicycle when your number is called. You sign up for this lottery between 10 a.m. and 10:30 a.m. on the day.

If you’d prefer to take your time and browse your options, there are a few bicycle shop chains that specialize in secondhand bikes. Cycly and Buychari have multiple stores in the Tokyo area as well as online shops. The bicycles here run pricier than the Silver Jinzai Centers, so expected to pay at least ¥25,000 (but probably more).

These shops are a good option if you’re more than just a casual bike rider, as they tend to stock more road bikes, mountain bikes and BMX bikes than run-of-the-mill mama-chari. They also have a good range of acessories like gloves and helmets, spare parts and repair tools.

Don’t forget to take a close look at your local bike shops too. They often have a secondhand section, especially bike shops in suburbs like Nakano, Shimokitazawa or Sangenjaya. Recycle shops like Hard Off might also have a bicycle or two, so if there’s one near you it won’t hurt to check.

There is no shortage of places online where you might be able to snag someone’s old bicycle. Of course, the beloved Mercari and infamous Craigslist classifieds are good places to start. If you’re a Facebook user check outMottainai Japan, Sayonara Sale and other groups. Things like price and condition of the bikes on these site vary, but the cheap/free listings will often get snapped up very quickly. Also keep in mind that you’ll probably have to take care of registering the bike yourself.

How to sell your used bike in Tokyo

When it comes to selling your old bicycle you have two main options. You can take your bike to a store or try selling it online. Secondhand bicyle stores like Cycly and Buychari advertise that they buy old bicycles, and even your local bike shop, recycle shop or Hard Off might take it off your hands. Don’t expect to make a killing though, since they’ll want to resell the bike for a mark up. This option also generally requries some Japanese ability, but on the upside they’ll probably help with the official stuff like cancelling your registration.

Otherwise you can try listing your bike online on any of the site that we mentioned earlier. This can be done in English (depending on what site you use), and you can probably make more money this way. But the downside is you might get no-shows, which can be really inconvenient. Bicycles are really popular though, so even if you get a no-show there’ll be someone else ready to jump in and take it.

Getting a new bike in Tokyo (if you must)

If you really can’t resist getting a shiny new bike, below are a couple recommendations. If you just need a few new parts, check out Alex’s Cycle.

Tokyo Bike Gallery has one simple concept: comfort above speed with attractive designs. This place isn’t huge but has a great range of frame designs, colours and even matching flasks and pumps. Prices range from ¥44,000 to ¥76,000. It’s so popular that Tokyo Bike now has branches in London and Sydney, in addition to their Tokyo branches in Miyoshi (Koto Ward), Yanaka (Taito Ward) and Kamimeguro (Meguro Ward).

For light, fixed-gear bikes, go to Diner. The owner’s original brand is Cartel Bikes, which matches the performance of a track racing bike and is also durable enough to be ridden on the streets. Bikes start from ¥69,500, and you can customize the bike (at an extra cost, of couse). Last we visited, there were English-speaking staff.

In Japan, there are some bicycle laws which need to be followed. Note the following:

While you might see these rules broken frequently around Tokyo, we recommend against taking the risk!

This article was originally published in July 27, 2012 and was last updated in November 2022 by Maria Danuco.

Eifuku Musashino Yoyogi
Written by: Mine Serizawa
Filed under: Lifestyle | Shopping | Transport
Tags:
Sharing
Questions or comments about this article?
Start a thread on our community forum
Ask our local experts about Tokyo