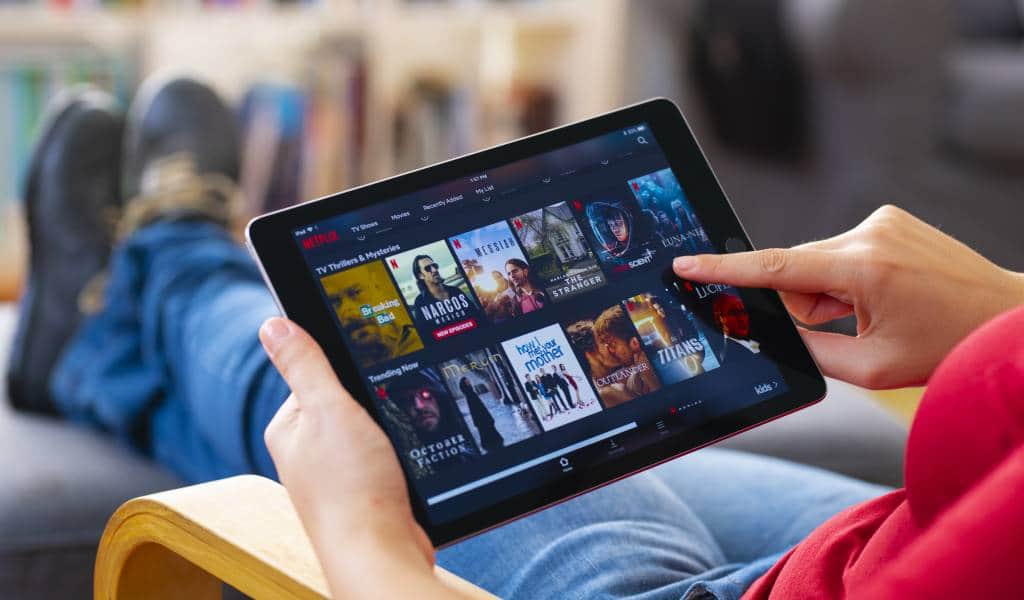 Experience Japan via Netflix: From Cop Dramas to Reality TV

Since staying home to watch Netflix is now the official way to save lives, why not try a change of scene with our top Japan-related recommendations?

As time passess, you might be running out of your staple shows—sure Community has a thousand episodes and there’s that weird crime drama you half care about, but why not go for a change of TV scenery? Japanese options on Netflix are aplenty, and you can get to know a country pretty well from a combination of drama, reality TV and some super-cute cartoons. Whether you want to spend a Sunday watching the more obscure Ghibli movies or practice your day-to-day Japanese with Terrace House, there’s something for everyone. We got our team to pick their favorite shows, so here, in no particular order, are their suggestions:

1. The Ghibli movies: Of course

Recommended by: Everyone, obviously

Nothing says comfort-viewing like the soft tones and pastel colors of a Ghibli movie, and luckily they are available on Netflix in most countries. Unfortunately, Japan, the US and Canada aren’t included, but the rest of you can watch an impressive catalog of 21 films—that’s a lot of TV time. From the familiar Totoro to the heartbreak of From Up On Poppy Hill, you can watch old favorites and try the more unusual options too—after all, what have you got to lose?

A bonus tip from our London editor Felix:

“For a taste of Miyazaki Hayao’s pre-Ghibli work, check out his first feature film, The Castle of Cagliostro (1979). The movie follows Lupin III, master thief, on a daring heist (what’s up for grabs isn’t really important). It’s a campy, cat-and-mouse caper that still largely holds up. The style, themes and tropes that would define Studio Ghibli are all there, even if the technical prowess isn’t always. In fact, the occasional glimpses into how the animation actually works (especially when it comes to some of the beautifully painted static backgrounds) just add to the charm. The jazz-heavy score by Ohno Yuji is also great stuff.”

“Set in a tiny bar in an area that could easily be Shinjuku’s Golden Gai, Midnight Diner offers a glimpse into the real Tokyo. The show invites viewers to peek through a late-night window into the lives of salarymen and office ladies, aging models and jaded baseball never-made-its, bad parents and lonely bachelors. With gentle humor, a sprinkling of wise words and plenty of delicious dishes (plus recipes!), each episode is a feel-good watch that will leave you wanting seconds. Highly recommend!”

“Refreshingly well done Japanese–English bilingual police/crime drama. The story takes place in both London and Tokyo, with a plot that keeps you guessing and a few slightly farcical characters to lighten the mood. Mercifully few cultural inaccuracies, so good viewing for Japanese/non-Japanese couples or friends as there are almost no occasions for shouting at the telly owing to tired cliches.”

“Rilakkuma and Kaoru is an adorable (and painstakingly detailed) stop motion animation set in Japan. The story follows the daily life of a woman named Kaoru as she navigates job hunting, relationships and finding her place in the world together with her three kawaii roomies: two bears (Rilakkuma and Korilakkuma) and a little yellow bird (Kiiroitori).

The soft visuals, delightful seasonal festivities, and super cute antics of Rilakkuma and friends are comforting eye-bleach in a stressful world. Each of the 13 episodes is a self-contained story just over 10 minutes long—making it perfect for a coffee break if you’re working from home. However, please note that in contrast with the cutesy aesthetic, a few of the episodes have mature or spooky themes that may not be suitable for young children.”

“Available though Amazon Prime Video (sorry, no English subtitles if you’re in Japan), Shoplifters tells the touching story of a makeshift family of outcasts who survive through shoplifting their way around the neighborhood. The film features impressive performances from Kirin Kiki as the elderly matron of the family as well as Sakura Ando and Lily Franky as the “parents”. The film won the Palme d’Or at Cannes in 2018, much to the chagrin of Japanese PM Shinzo Abe, who thought the film exposed a side of Japan that the rest of the world shouldn’t see.”

Recommended by the shameless Lily Crossley-Baxter:

“Like a slow TV version of trash reality shows, Terrace House is a simple premise with a serious level of slow-burn addiction. It’s similar to the reality shows you’re used to in that there is a group of relatively normal people living together, dating, having unscripted drama—but that’s about where the similarities end. To start, there’s a panel: six comedians, TV personalities and the occasional guest appear at intervals to discuss the latest segment, and it is amazing. Kind of like watching TV with friends, they’re probably the best thing about it, and are by no means polite.

When it comes to the characters, you have to stick with it. The pace is slow, like Edwardian-novel slow, but you’ll eventually pace your expectations to match. Soon, you’ll find yourself as horrified at an unsubtle hint at a sushi dinner in Ginza as you were by Michael’s return from Casa Amour that time on Love Island (Brits, you know what I mean). To keep it brief, the highlights of the show include: the sheer volume of episodes available, the refreshing frequency of men openly crying, the FREQUENT debates about personal growth and responsibility, the cooking, Yama-san, Yama-san again, the sometimes-adorable dates, the hungover theme park dates and the frequency of the word jiken meaning “incident” (look out for the meat incident, the beer bottle incident and many others).

Now, it’s not all amazing. The show is a reflection of Japanese society and is pretty fascinating/depressing/frustrating in that way. The judgements passed on women (occasionally men, but almost always women) for living their lives, the weird acceptance of sexual advances (which elsewhere would receive at least a punch in the face), and the pretty personal attacks on some members. It’s a good way to remind yourself that it’s not all perfect here—heaven forbid an adult woman eat a banana in a swimsuit, but an 18-year-old doing soft-porn receives no attention. It’s a way to practice Japanese, it’s a way to learn about dating in Japan (Kokuhaku, anyone?). However, it’s also a window into the reality of society, with slow changes in the right direction and a steadfast grip on opinions that belong nowhere”.

“If you enjoyed the retro 80s vibes of Stranger Things, you will get a natsukashii kick out of The Naked Director’s distinct Showa-era flavors. Set in Tokyo in the 1980s at the height of the infamous Bubble Era, every detail of the fashion, food, and the dance moves breathes Showa. Showa-era series and movies have become a recent craze for Japan’s Golden Age. This is possibly owing to the country’s decade-long recession that followed it, which understandably led to nostalgia for more of fun days gone by.

Lead actor Masaharu Take convinces with strong acting, even in tighty whities, while Kaoru Kuroki brings an 80s touch to body positivity with her trademark underarm hair. This becomes a symbol for liberation from societal norms in the show, convincingly so, despite ample sex scenes.”

“The premise of Million Yen Women is every struggling writer/city dweller’s dream: Five women are invited to move into an unpopular novelist’s humble home by a mystery person, paying him a whopping million yen rent per month for reasons unknown. Starting as a light-hearted mystery drama/romantic comedy, Million Yen Women turns dark pretty soon. Don’t expect a flawless plot, but it has all the entertaining elements that make a compelling mystery novel.

Each character, obviously, has to have a gripping back story. The downtrodden protagonist Shin is a timid writer whose father is on death row for murdering Shin’s mother, her secret lover and a police officer. Minami is a fierce girl-boss and a nudist. Cheerful and yoga-loving Hitomi is like ‘the girl (not living) next door’. The quiet Yuki was a maid-turned-wife of a late billionaire. Midori is an independent high-school girl who grew up in an orphanage. Nanaka is a kind-hearted and slightly broken famous actress who loves milk. It consists of twelve 24-minute episodes (anything that is finished in one season with episodes under 30-minute long gets bonus points from me).”

8. The Night Is Short, Walk on Girl: Weird Kyoto nights

“Based on the light novel of the same name, and directed by the critically lauded Masaaki Yuasa, Night is Short, Walk on Girl is a bizarre, sprawling and visually striking journey through the back streets of Kyoto.

The film follows two protagonists, known only as Senpai (college senior) and Kuro Kami no Otome (black-haired maiden). The neurotic college senior has a complex plan to achieve a simple goal: to confess his love. Meanwhile, the maiden embarks in a no-holds barred drinking marathon, meeting (and outpacing) a memorable rogues’ gallery of perverts, booze hounds and ne’er-do-wells along the way. The action all takes place in a single night, though that improbably eventful evening spans all four seasons and every corner of the city.

With its fever-dreamy pace and plot tangents galore, it’s probably not the most coherent film you’ll see this year. But if you love animation, alcohol and Japanese culture, it’s well worth a watch.

Bonus tip: If you fancy recreating the film and you’re ever in Kyoto, be sure to stop by Bar Moonwalk, which is featured in the movie (with a different name, mind). They serve hundreds of cocktail combinations at just ¥200 all night long. Unsurprisingly, that makes for a pretty friendly crowd.”

If you’re more of a reader than a watcher, check out our guide to Japan-related books to read and our new Lockdown Library series! Also see our article on VPNs for accessing all that content not available in Japan and our guide to video streaming services