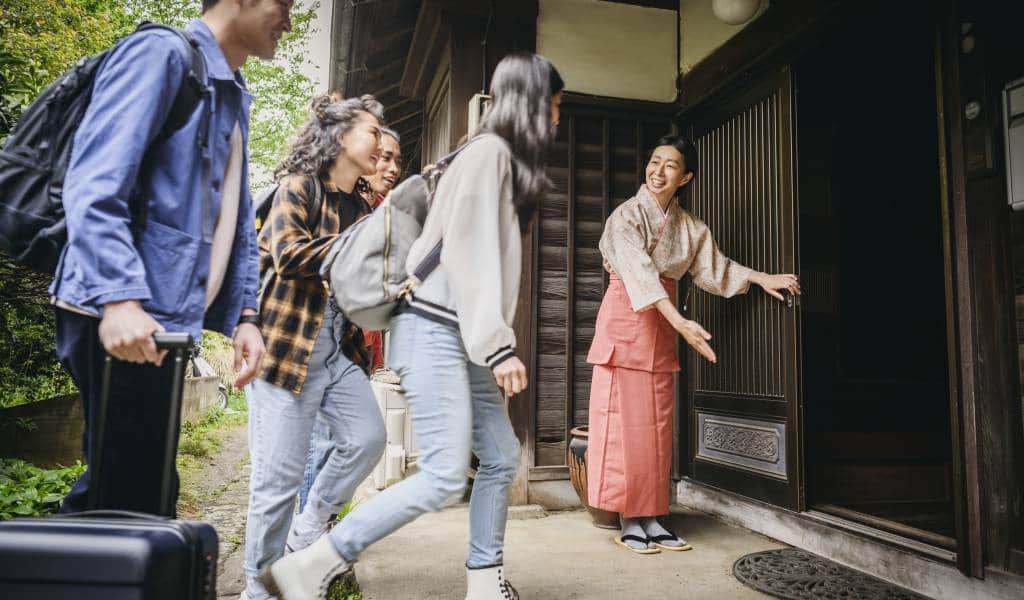 Having skipped their English lesson about not putting an infinitive verb after “go”, Japan’s bureaucrats have put together the Go To Travel campaign, an effort to revive the country’s tourism industry to counter the destructive effects of the ongoing COVID-19 pandemic.

If you’re in Japan, you’re probably well aware of the campaign (it has famously been dubbed the “Go To Hell” campaign by opponents). You, like us, probably have a whole lot of questions. Questions like: What exactly is it?, Does it apply to me?, How can I take advantage of it?, and, perhaps most importantly, Should I even be traveling and potentially spreading coronavirus wherever I go?.

What is the Go To Travel campaign?

Go To Travel is part of the larger Go To campaign, which also includes the Go To Eat promotion to encourage consumers to visit restaurants, and the postponed Go To Event campaign to urge audiences back to events.

Under Go To Travel, the Japan Tourism Agency (JTA) subsidizes 35% of the cost of package tours or hotel stays booked through travel agents or online booking sites up to ¥20,000 per person per night, or up to ¥10,000 for day trips. Also, travelers will be issued coupons for eating at restaurants and purchasing souvenirs.

The 35% subsidy started on July 22, 2020, while the discount coupons for other activities are expected to begin from September 2020.

In addition to the subsidies and coupons for travelers, the campaign covers initiatives to help tourism operators when the inbound tourism industry rebounds, such as implementing cashless payments. The JTA has approximately 1.35 trillion yen (about $US12.8 billion) to throw at Go To Travel.

There is no specific end date for the campaign, but the money is expected to be used up by some time in spring 2021. The JR East half-price shinkansen tickets promotion is not part of Go To Travel, but it is timed to coincide with the campaign.

Which online sites and travel agents are included?

Sadly, none of the easy-to-use English language sites or services like Agoda, Booking, Airbnb or Voyagin are included. All the usual Japan Inc. suspects are though.

Who can use Go To Travel?

When the campaign was first announced, there was some confusion, with many people (and media outlets) outside Japan mistakenly thinking the Japanese government was going to fly them to Japan for a half-price holiday. Go To Travel is for domestic travel within Japan and must be booked through domestic travel agents and approved sites. There is no specific exclusion of foreign tourists, but given that citizens from more than 140 countries are still prohibited from entering Japan, it is practically impossible for them to take advantage of the offers.

To assuage the fears about Tokyo residents spreading COVID-19 willy-nilly to all parts of the archipelago, another big restriction is the exclusion of Tokyo from the campaign. This means that Tokyo residents (at least for the moment) cannot take part. It also prevents people from other regions taking advantage of the campaign to holiday in Tokyo.

The JTA hasn’t indicated at what infection rate that Tokyo will be permitted to participate in the campaign. The agency has also not considered excluding other prefectures such as Osaka, Aichi and the prefectures around Tokyo that have seen similar spikes in infection. So if you’re in Osaka and considering a holiday to Tokyo Disney (which is of course in Chiba Prefecture), then you can milk that government cash. If you live in Kanagawa, Chiba, or Saitama, you can even book travel departing from Tokyo under the campaign.

However, you may be taking an extra risk by booking your holiday to or from a prefecture with a high infection rate. The JTA has announced that if more prefectures are excluded from the campaign, tourists will have to pay the amount that would have been covered by Go To Travel. The spokesman also added that they weren’t considering excluding prefectures other than Tokyo.

Should I be traveling during a pandemic?

Apart from at the border, Japan doesn’t have any laws restricting your ability to move around in Japan during the COVID-19 pandemic. Even during the state of emergency that ran from early April until late May, there were no legal restrictions on movement. The Tokyo Metropolitan Government and the central government both urged citizens not to travel, but you still could—and plenty did.

Apart from Tokyo Prefecture, the government is no longer urging people not to travel. However, the current approach of the Japanese government can most kindly be described as “pragmatic”—balancing both public health and economic considerations. More specifically, balancing the risk of widespread infection with the risk of collapse of the tourist industry that employs more than 4 million people and supports regional economies.

Without clear and consistent messaging from the government, the decision to travel is ultimately a balancing act for residents, too, who are having to choose between their personal wants and elective social responsibility.