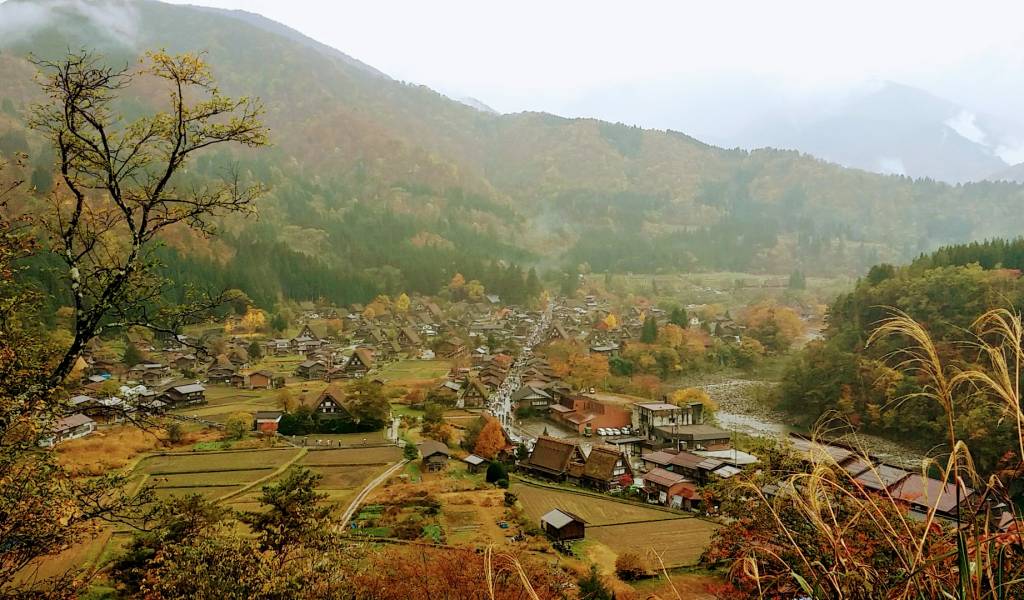 Tokyo to Gifu: The Fastest and Easiest Ways of Getting There

Gifu Prefecture is in the Chubu region, in the center of the Japanese main island (Honshu) between Tokyo and Kyoto. Gifu City, its southern capital, is 380km from Tokyo, just north of Nagoya. The northern part of Gifu Prefecture is dominated by the Japanese Alps, famously the site of the historic thatched houses of Shirakawago and the quaint old town of Takayama. The whole prefecture is rather rural: it’s beautiful, relaxing, and green (or white in winter). Here’s how to get from Tokyo to Gifu, whatever you choose to do there.

Pro tip: If you’re going to be making any other local trips while visiting Japan, traveling on a Japan Rail Pass is highly recommended, as it gives you virtually unlimited bullet train rides around the country for 7, 14 or 21 days. If you’re going from Tokyo to Gifu, and then down to Osaka or Hiroshima, for example, the pass will pay for itself. However, if you’re only taking a trip to Gifu, a single Shinkansen ticket may be more economical. There are also other options besides trains, such as highway buses. Below, you’ll find a full breakdown.

Getting from Tokyo to Gifu City is quick via the Shinkansen—it depends which train you take, but is typically a 100 to 120-minute ride to Nagoya, and then a 20-30-minute direct local train ride to Gifu from there. The fastest connection, riding the Nozomi bullet train followed by the JR Tokaido Line Special Rapid to Gifu from Nagoya, will get you there in about 2 hours 30 minutes. The next-best combination, the Hikari Shinkansen and the same Tokaido Line (covered by the JR Pass), will have you at Gifu Station in just over three hours (sometimes less). If you’re using a Japan Rail Pass, you’ll be taking the Hikari or slower Shinkansen.

The slowest Shinkansen you can take is the Kodama—an old model that trundles from Tokyo to Nagoya in just under three hours. There are discount tickets (see below) available for this slowpoke, but if you’re not using one of those, you’ll want to take the Hikari or Nozomi as they’re much more efficient—and there are plenty of them daily.

From Gifu City, you can continue on to Takayama and Shirakawago via train or bus. If that’s all you’re exploring in the prefecture, you can also look at getting there more directly from Nagoya.

In peak season (i.e. spring and summer holidays, Golden Week and the New Year period), a regular one-way Shinkansen ticket from Tokyo to Nagoya costs about ¥11,290, plus the bit from Nagoya to Gifu on the Tokaido Line, which costs ¥470. The Shinkansen is a couple of hundred yen cheaper off peak.

To save a further few hundred yen, you can choose unreserved seating (jiyuuseki), but you run the risk of standing the whole way—especially during peak season. If you are traveling with kids or the elderly, have a lot of luggage or just don’t like being fully vertical for long, it’s recommended that you book a reserved seat (shiteiseki) instead. You can reserve seats in advance. The seats on most trains from Nagoya to Gifu are unreserved.

The best way to lower the cost of a Shinkansen ride is by taking advantage of a Japan Rail Pass (if you’re a short-term visitor), or using the Puratto (Platt) Kodama Economy Plan. The Puratto plan allows you to buy a one-way ticket to Nagoya on the Kodama for between ¥8,500 and ¥10,700, depending on the time of year. You have to buy a Platt Kodama ticket at least one day in advance, and numbers are limited. Contact JR Tokai Tours for more information or go to their office in Tokyo or Shinagawa Station, where usually a bit of English might be spoken by one person.

It’s possible to fly from Tokyo to Nagoya (Chubu Centrair International Airport) on one of Japan’s domestic carriers—flights leave from both Haneda and Narita and take 70 minutes. From the airport, it’s 20-30 minutes by train to Gifu City.

Your options are ANA or JAL, with prices hovering around ¥7,500 one way. Once you factor in the cost and hassle of airport transfers, it’s nowhere near as good value as the Shinkansen or a bus. Flying to Nagoya to get to Gifu only really makes sense if you’re coming from Hokkaido, Okinawa or another far-off part of the country.

Highway buses from Tokyo to Gifu

The budget way of getting from Tokyo to Gifu is taking a highway bus—one-way tickets go for around ¥6,800. The trip takes 7-8 hours, with buses usually leaving Tokyo late at night, reaching Gifu around dawn.

Unfortunately, it isn’t the most popular route; only a few companies offer a direct bus, and at higher prices compared to e.g. routes to Osaka or Nagoya. If you don’t see anything affordable on Kosoku Bus here, it might be worth looking at what’s available from Tokyo to Nagoya on your travel dates and taking a train from there to Gifu.

If you are in Japan during Seishun 18 ticket season, you could take a leisurely trip from Tokyo to Gifu on only regular JR trains. As university holidays start in summer, winter and spring, this cheapo pass comes on sale, allowing five consecutive or non-consecutive days of unlimited travel on local and rapid JR trains (no super-fast expresses or bullet trains) for ¥12,050. You can divide one pass five ways, allowing a group of five people one full day of travel each for ¥2,410.

To plan your journey, you can use Hyperdia or Jorudan; just deselect everything but Japan Railways and local trains. When we checked, using the Seishun 18 ticket to get from Tokyo to Gifu looked like it would take approximately six and a half hours and zero (yeah!) transfers with the overnight Moonlight Nagara train departing from Shinagawa for Gifu. Without a Seishun 18 ticket, the cost is roughly ¥6,600. However, this train—one of the few sleepers still running in Japan—only operates for a few days a few times a year (spring, maybe summer, maybe winter), and is just about impossible to book from abroad.

The local train day connections with the Seishun 18 ticket require 5+ transfers and take seven or more hours. Without using the Seishun ticket, you can get to Gifu on Limited Express and local trains in five and a half hours and three transfers, for about ¥7,090.

Summary of transport options from Tokyo to Gifu

The fastest, easiest and most convenient option is the Shinkansen followed by a quick local train ride from Nagoya to Gifu, particularly if you have a Japan Rail Pass or opt for the Puratto Kodama ticket. The cheapest option is local trains using the Seishun 18 ticket, with highway buses coming a close second—and being the more practical option.

If you’re happy paying the extremely steep Japanese highway tolls, you could also rent a car and drive from Tokyo to Gifu. Unless you’re traveling in a group, though, it doesn’t work out to be economical. Trains and buses are better options.

What to do when you’re there

In addition to Takayama and Shirakawago, Gifu highlights include Gero Onsen, one of Japan’s most famous hot springs, Gifu Castle in the capital and Mt. Hakusan for hiking. Also, if you ever thought of prancing through the streets with a geisha-worthy Japanese paper umbrella, Gifu City is the place to buy those. Read more about Gifu.

Written by: Mareike Dornhege
Mareike's Tokyo favorites are: The Ultimate Hachijojima Itinerary: A Tropical Weekend Just 1 Hour from Tokyo, Hachijojima: Tokyo’s Tropical Getaway, Top Diving Day Trips from Tokyo
Filed under: Getting around
Tags:
Sharing
Questions or comments about this article?
Start a thread on our community forum
Ask our local experts about Tokyo