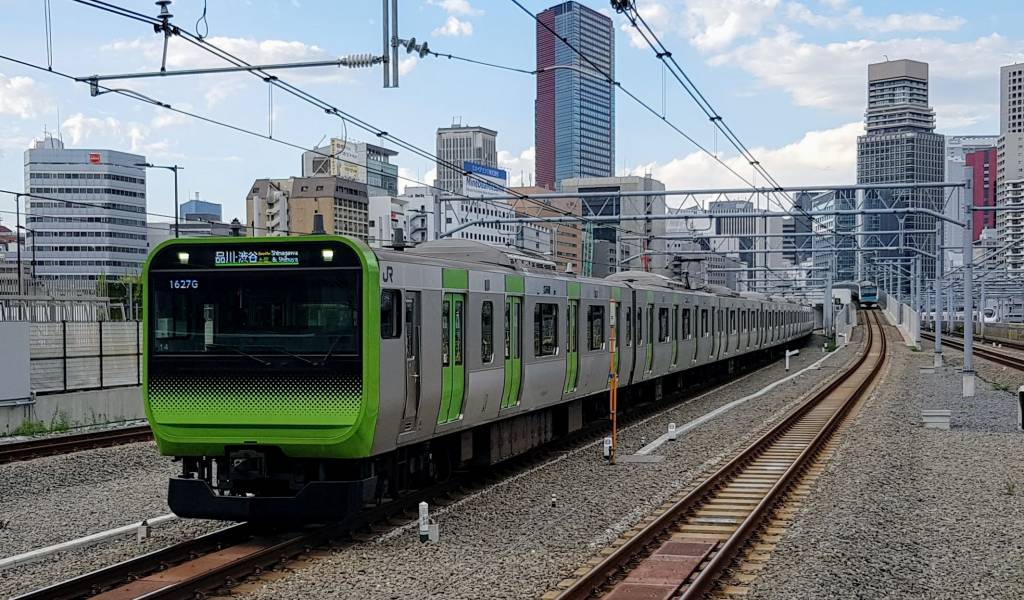 All the tips on which train passes will cheapen your travels in Tokyo (and which won’t!). There are a range of Tokyo one-day passes available to locals and travelers alike. In this article, we give you the lowdown on the major ones.

Be warned though: unless you’re going to be zipping all over the city, these passes might not work out to be all that economical. It may be better to stick to the standard advice and just get a Suica or Pasmo IC card for travel around Tokyo (and other cities in Japan). Before dashing out and buying anything, work out your travel route and check the ticket prices. When you compare them to the passes below, you might just find that single tickets are a better bet.

We’ve found the Tokyo Metro 24-hour Ticket to be the most useful. It costs just ¥600 and gives you unlimited rides on all Tokyo Metro lines: Ginza, Marunouchi, Hibiya, Tozai, Chiyoda, Yurakuchō, Hanzōmon, Namboku, and Fukutoshin. There are other lines run by Toei, which you can’t ride for free on the pass, but it’s usually easy enough to work out a journey that only uses Tokyo Metro lines.

Another word of caution: some Metro lines become continue on private commuter line tracks after a certain point, and you’ll have to pay extra to use them. It’s also worth noting that “advance” tickets can be held for up to six months before being activated, but same-day purchases must be activated on the day of purchase.

The 1-Day pass covers most of the major bases in Tokyo central—a sample day out on it might look something like this:

Start out in Shinjuku—say hi to Godzilla and do a spot of shopping. The hop onto the Fukutoshin Line from Shinjuku-sanchome Station and head over to Meiji-jingumae to have a mosey around Meiji Jingu Shrine, Yoyogi Park and Harajuku. Wander down to Omotesando for lunch, then board the Ginza Line to experience the glitz and glamour of the Ginza neighborhood. After a bit of ginbura, you could get on the train again to see the sights of Asakusa (near Skytree). Ikebukuro, Roppongi (of sleaze and Tokyo Tower fame), Shibuya and Tokyo Station (near the Imperial Palace) are all also accessible using the pass.

You can grab one from just about any Tokyo Metro ticket machine.

Called different variations of the above in English, but the ichinichi josha ken in Japanese, this ticket allows unlimited rides on all Tokyo Metro and Toei subway lines. It costs ¥900 and you can get it at a ticket machine or office at a station. There are also versions of the pass available for two or three days costing ¥1,300 and ¥1,600 respectively.

This pass opens up all of the places that the Tokyo Metro 1-Day Pass does, with the added benefit of access to the Toei Lines—which is useful if you are wanting to get out to Oshiage (think Skytree again), Mita, the booksville that is Jimbocho, Suidobashi or Nerima (among other areas). You can also ride on the only streetcar left in Tokyo, the Toden Arakawa Line, which can take you from East Ikebukuro to Zoshigaya (home to Kishimojindo Temple), Waseda and a few other random destinations. Unless your accommodation is on a Toei Line though, you’ll likely get better value out of a pure Metro pass.

If you’re not going to be using the metro, it’s better to go for the ¥700 Toei One-Day Economy Pass (toei marugoto kippu), which gives you full use of Toei subways, Toei buses, the Toei Streetcar (Toden) Arakawa Line, and the Nippori-Toneri Liner.

You can buy the ticket in person at machines or face to face. The advance ones are sold at Tokyo Metro Commuter Pass Offices and on-the-day ones can be bought at ticket machines in Metro or Toei Line stations.

One of the better-value day passes, the Tokunai Pass costs ¥760 and gives you unlimited access to local and rapid JR trains within the 23 wards of Tokyo. This cover 5 lines: The Yamanote, the JR Yokohama Line, the Keihin-Tohoku Line, Chuo-Sobu Lines and the Rapid Chuo (up to a certain point).

While some of the lines extend to exciting destinations like Yokohama, you have to remain within the 23 wards, but that’s not exactly limiting. To make the most of the Yamanote you can practically use the trainline as a sightseeing schedule, visiting spots like Shibuya, Shinjuku, Harajuku, Ueno, Akihabara, Ikebukuro, Shinagawa and Tokyo Station. The other four lines offer spots like Ryogoku (home of Sumo) and Koenji (home of hipsters) along with plenty of smaller ‘local’ feeling stations.

Pick one up at the reserved-seat ticket machines at stations, JR ticket offices (those midori-no-madoguchi spots) or JR’s travel service centers.

Also known as the Tokyo Combination Ticket or Tokyo Tour Ticket, this is almost NEVER the best deal. The one-day pass costs ¥1,600 and gives you access to the Tokyo Metro, Toei Subway, Toei Streetcar (Toden), most Toei buses, the Nippori-Toneri Liner, and all JR lines within the Tokyo metropolitan area. Seems great at first glance, but it’s unlikely that you’ll be doing that much traveling in a single day. Our advice? Opt for one of the other passes.

With this pass you can go pretty much anywhere and everywhere in Tokyo, but you’d have to be doing exactly that to get the best deal. Keep it in mind if you have to do multiple transfers between lines and services though – or if the reduced hassle of ticket buying is worth it for you (travel expenses, anyone?).

The pass is sold by machines at almost all Tokyo Metro Stations except Kita-senju, Naka-meguro, Nakano, Yoyogi-Uehara, Wakoshi, Meguro and Shibuya’s Hanzomon and Fukutoshin Lines.

For ¥500, you can get a Toei Bus One-Day Pass—which is great if you’re planning on busing up and down Tokyo, but not all that useful otherwise. Considering that a single trip on the bus usually costs ¥210, and a return ¥420, you need to be making more than one round-trip for this pass to be worthwhile. Most tourists tend to rely on trains more than buses as they’re easier to navigate station wise, but google maps is getting better for this – so branch out if you fancy seeing some sights on your journey from A to B.

Cool things about the pass include: You can use it for unlimited travel within Tokyo’s 23 wards (you can get off at every stop if you feel like it) and it has a great slogan—”Feel the life of Japanese on the bus!” and who can say no to that?

The Bus system really is extensive, so you can use the pass to go anywhere in Tokyo – it may not be quicker, but it’s a bit better for getting yourself oriented in the city.

The ticket can be purchased on the bus or at Toei bus commuter pass offices (probably easier to stick to the bus though). You can get a paper option or have it added to your PASMO card.

A pass that promises the joy of the four seasons, the Seibu pass is great if you’re planning on visiting the old-town world of Kawagoe or the day-trip city of Chichibu. Both are great options for a day (slightly) out of the city, with Hon-Kawagoe an hour from Seibu-Shinjuku Station and Chichibu and Chichibu an hour from Ikebukuro. While there are limited express options for both these routes, they’re not covered under this pass, which is a little frustrating – you’ll still save on a return ticket though. The Seibu pass has both one and two-day options: the one-day Pass is ¥1,000 per day, while the 2-day pass is (predictably) ¥2,000. The pass includes all lines except for the Tamagawa Line.

There’s also an option for a Nagatoro addition – if you’d like to cavort close to a river at any point.

Head out to Kawagoe for a day filled with temple-hopping and old-school sweets, or got to Chichibu for a temple Pilgrimage or the spring Shiba-zakura festival. If you’re looking for more Tokyo day trips, check out our top options.

The tickets can be purchased at Seibu Limited Express Ticket Offices on the first and basement floors of Ikebukuro Station, the Seibu Tourist Information Center in Ikebukuro or in Seibu-Shinjuku Station. The one-day ticket can be purchased in advance online through Klook.

While the tickets above are great for days of sightseeing, there are plenty of others for more specific needs, like airport travel or local lines.

There are various other combo passes and discount tickets, including a ¥1,360 pass that gets you from Haneda Airport into the city on the Keikyu Line and throws in a Toei and Tokyo Metro One-day Economy Pass too and a Keisei Skyliner and Tokyo Subway 24-hour ticket for those coming in from Narita, for ¥2,840. You can find more details here. These can be bought at the airport travel desks, so don’t worry about booking in advance.

Local Line tickets are great if you’re staying in a partiuclar area or have a few stops to make in a day. Some of the best options inlcude:

Look for these and other discount passes when buying tickets at station vending machines.

If you’re looking for longer-use passes like the 5-day JR Pass, give this article of ours a read. We also have information on the discount Seishun-18 ticket and how to use it. This subway navigation guide might come in handy—and so might this map of the subway by walking times (no pass required, just a sturdy pair of shoes).