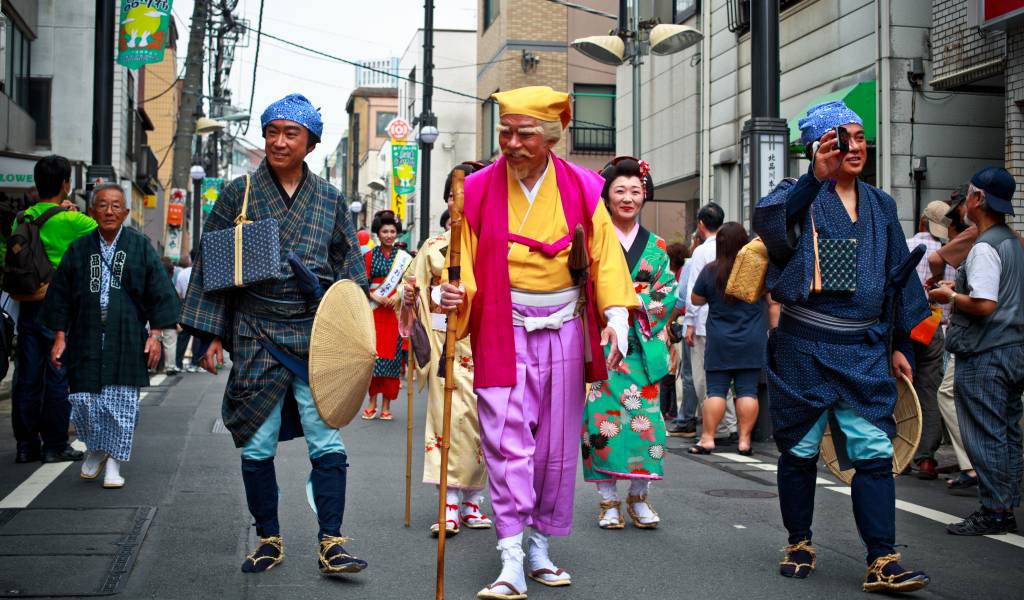 Taste of Tokyo (Sep 22-24): A mega food festival in the Odaiba area serving up the best of Japan’s local dishes and specialties. Plus Japanese sake and craft beer to wash it all down!

Tokyo Game Show (Sep 23-24): The Tokyo Game Show remains one of the top gaming shows in the world. While it runs from the 21st to the 24th, only the latter two days (Sat-Sun) are open to the public. The theme for 2017 is “Reality unlocked.” The show is on a huge scale with booths from all the major game publishers, console makers and mobile gaming platforms with a few indies and international booths thrown in as well. Arrive early if you want to try out any of the games.

Ohara Naked Festival (Sep 23-24): Well, almost naked. A parade of men in loin cloths will walk the streets of Ohara carrying mikoshi (portable shrines) on their shoulders. The route leads to the sea where the shrines will be dunked before heading back to Ohara Shrine.

Ekoda Night Bazaar (Sep 23): This bazaar is a great way to spend your Saturday evening as it offers a medley of activities and fun. Take your pick from shopping market-style for local wares and vegetables; savoring Japanese street food and regional specialties; and winning prizes via an ink-stamp collecting rally.

Nikkan Festival (Sep 23-24): This is the annual Japan-South Korea Exchange festival held simultaneously in Tokyo and Seoul. Head down to Hibiya Park for two days of performances: from dancing to cheerleading to musical performances (traditional, K-POP, instrumental). Plus lots of tasty Korean cuisine offerings to be had.

Namaste India Festival (Sep 23-24): An Indian cultural festival at Yoyogi Park with 32 different food and drink stalls, musical and dance performances, lectures and other displays.  There are scheduled performances all day on both Saturday and Sunday.

Shinagawa Shukuba Matsuri (Sep 23-24): Historically, Shinagawa was the first rest stop between Tokyo and Kyoto during the Edo period. Calling back to those times, locals dress up (pretending to be samurai, geisha, courtesans and other historical characters) and parade the streets tracing a section of the old route.

Fukuro Festival – Part 1 (Sep 23-24): This is Ikebukuro’s biggest festival. Taking place just outside the west exit of Ikebukuro Station will be tons of performances including cheerleading, hula, musical performances, tribal and belly dancing, taiko drums, yosakoi dance teams and an impressive shrine parade. Something for everyone! (And be sure to head back in October for part 2 of the festival.)

Tokugawa Hundred-Member Gun Squad Fair (Sep 24): Shogun Tokugawa Ieyasu founded the Teppo-gumi hyakunin-tai (Hundred-Member Gun Squad) to defend his shogunate in the capital. The squad was stationed in Shinjuku in an area named in its honor and now known as Hyakunincho (hundred-member town). People later created a fair to commemorate the gun squad and also to give thanks for the luck bestowed by the shrine. Men in armor and helmets parade through Hyakunincho, test fire matchlock guns, and give public demonstrations of battlefield exercises.