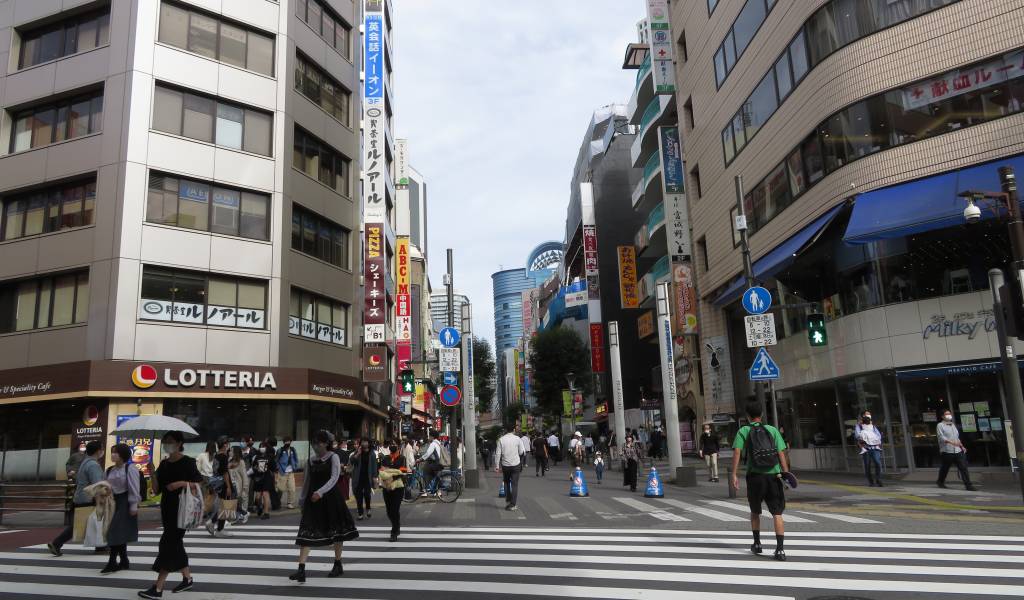 10 Things to Do in Ikebukuro

Often outshone by popular anime hub Akihabara, Ikebukuro has just as much to offer and more.

Ikebukuro is a bustling mix of work and play. You’ll see plenty of white shirts and school uniforms letting off steam in arcades, reading the latest comic books in Animate, and doing some much-needed retail therapy at the mall. Why not join them?

1. Explore the mini-metropolis of Sunshine City

It could take you days to try out everything this shopping mall has to offer — it’s called Sunshine City for a reason. Not only does it have floors of shops (some cheap, some expensive), but it also has — deep breath — an aquarium, observation deck (Sky Circus), planetarium (sometimes with adult-only shows), the world’s largest capsule toy store, theme park Namjatown, and the Pokémon Center Mega Tokyo.

Be warned, it’s a bit of a money eater. Still, there’s sometimes free music and other entertainment in the Fountain Plaza.

2. Get on top of the stores

No, I’m not suggesting you parkour your way around Ikebukuro (although, that could be fun). Take an elevator up to the rooftop of the Seibu Department Store and find a place to take a breather, use the toilet, and grab a bite or a beer. The rooftop area is surprisingly large and there’s even a bridge and pond to add to the ambience. While there’s not much of a view, it is perfect for a sunny day chill spot.

Just opposite Sunshine City lies a street that’s known for being the female-friendly equivalent of Akihabara. Some of the shops along Otome Road are K-Books, which has separate branches for doujinshi (fan comics), secondhand merchandise, and cosplay; Lashinbang, a secondhand merchandise and cosplay items shop; and Mandarake, another doujinshi shop. Take a peek to see if you can find other bargains and rare finds.

Another one for the anime and manga lovers is the nine-story headquarters of the Animate brand along Otome Road. Soon to be the world’s biggest anime store (opening March 2023), it’s worth a visit even if you aren’t into Japanese animation. They have games, DVDs, comics, merchandise, figurines, and more (including body cushions and food) — everything a self-proclaimed nerd needs, really.

5. Check out the local food scene

Thanks to Ikebukuro’s bustling international scene, there are great choices in the city for wining and dining. People don’t mind queuing up for their favorite restaurant, so you might be waiting for a while if you want to visit Mutekiya, famous for its thick-cut braised pork ramen, or Katsu Midori, famous for its cheap sushi — we have some other sushi options if its full. Plus, there’s a host of highly rated Italian restaurants, along with Indian, Vietnamese, Shanghainese, and other cuisine.

6. Drop by the local temples

A short walk (approx. 15 minutes) from Ikebukuro Station is a lovely old temple called Kishimojindo, located in the Zoshigaya area (which is also where you’ll find Zoshigaya Cemetery, the place where Natsume Soseki was interred). The 350-year-old temple is dedicated to Kishimojin, the goddess of safe birth and child rearing. It’s a peaceful spot with zelkova trees and a gingko that has seen its 700th birthday. Another 15-minute walk will take you to another impressive temple, Gokokuji.

7. Watch the world go by at Ikebukuro Nishiguchi Park

While it may only be a park in theory, Ikebukuro Nishiguchi Park is good for soaking up some sun and watching the world go by. You’ll find the Tokyo Metropolitan Theatre here — and sometimes interesting clumps of drama types. The fountain is kind of cool, as are the stray cats, secret owls, and occasional weekend events.

8. Meet a maid or butler

Akihabara isn’t the only place to be served by cute girls and boys calling you “Master” and “Princess”; Ikebukuro has its own share and you’ll often find a maid or two on the streets leading customers into their establishments. There’s Wonder Parlor Café, which is a toned-down, classic maid Café; Honey Honey; and the famous Swallowtail Butler Café. Trying to find a maid café that doesn’t make you cringe? Check out our article.

Ikebukuro has a host of arcades and game centers for its young clientele and whether you want try out the purikura photo booths, crane games, gachapon toy dispensers, or VR, there’s something for you. Since the closure of Sega Mega Center, the arcade scene in Ikebukuro was looking dire, but there are still many places to get stuck into. Try out Ikebukuro Mikado Game Center for old-school games, Taito Station for the usual fair, and Reeast Room if you want to throw an axe and destroy stuff.

Unfortunately, Japan gets its fair share of natural disasters, but being prepared needn’t be tedious or boring — enter Ikebukuro Bosaikan (Ikebukuro Life Safety Learning Center), putting the fun in disaster prevention. There’s a VR experience, earthquake simulation, smoke maze, and fire training. You can reserve online and they often have English-language sessions.

Fancy checking out nearby areas? Then take a look at our things to do in Shinjuku guide, and throw in Shibuya and Harajuku while you’re at it.

This article was originally published in 2016 but has recently been updated in October 2022.

Ikebukuro
Written by: TC Team
Filed under: Things to do
Tags:
Sharing
Questions or comments about this article?
Start a thread on our community forum
Ask our local experts about Tokyo