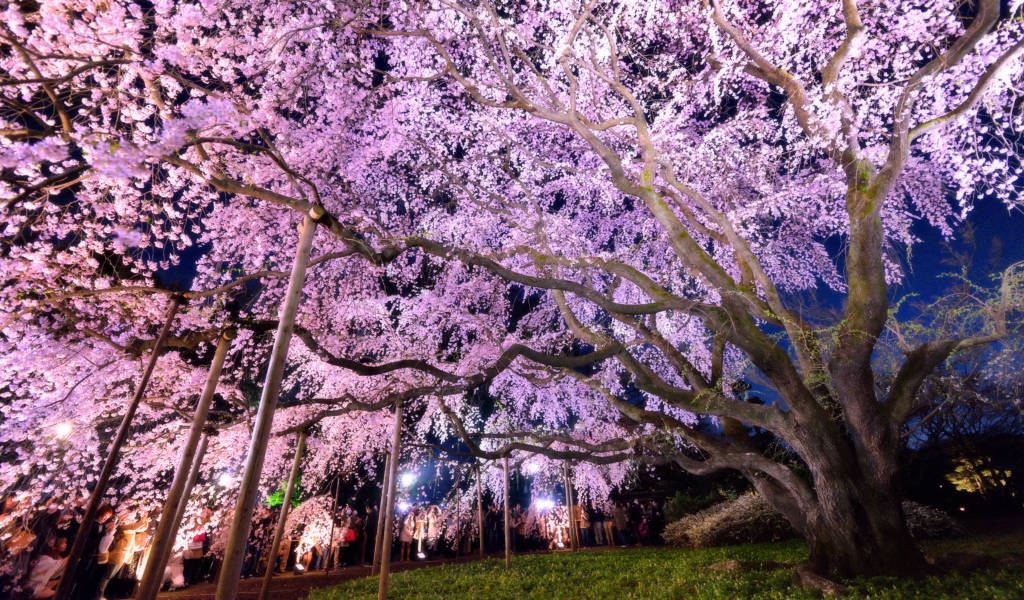 Spring is in the air, and here at Tokyo Cheapo we’ve got some serious sakura fever. So we took the time to dig into the history of some of Tokyo’s famous cherry tree sites.

The residence of the Naito family, given to them by the shogun in the Edo Period, is the foundation of this national park. The daimyo built the garden itself in 1772. Now it has about 1,500 cherry trees that bloom through most of the spring. Weeping cherry bloom from late March, Tokyo cherry in early April, and Kanzan cherry in late April.

One of Tokyo’s most beautiful Japanese landscape gardens, its name means “Garden of the Six Principles of Poetry”, from the six elements in waka poetry. Yanagisawa Yoshiyasu, a samurai close to the fifth Tokugawa shogun, Tokugawa Tsunayoshi, built Rikugien from 1695-1702. While the garden is most famous for its maple trees, it also has weeping cherry blossoms near the main gate. At almost 100 years old, they bloom in mid- to late-March. Read here for more locations with nighttime cherry blossom illuminations. 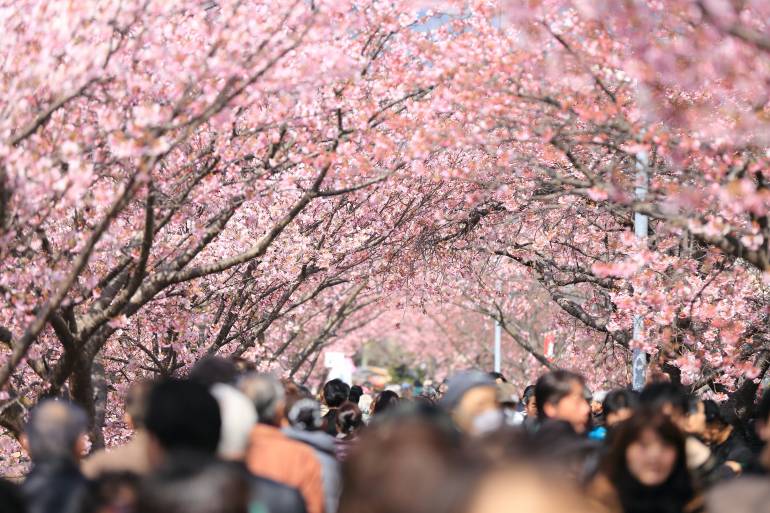 The famous park was established in 1873, but before that, it was a temple known as Kan’ei-ji, destroyed in 1868 during the Boshin War. Among the many attractions in the park, there’re around 800 cherry trees. And if you include the ones in the park’s temples like Ueno Tōshō-gū shrine, plus those in the surrounding area, the number is over 1,200.

The second largest park in the Tokyo (about 1.5 times larger than Ueno), Koganei Park’s cherry tree garden includes mountain cherry and Yoshino cherry. The park was originally part of a larger area established in 1940 to celebrate the 2,600th anniversary of Japan’s founding. It served the crown prince as a temporary home after WWII, and most of the land is now the park we see today.

Sumida Park has approximately 700 cherry trees that line the banks of the Sumida River. The trees are famous enough to have earned a spot in a selection of 100 famous cherry tree sites in Japan. They were planted by Tokugawa Yoshimune, the eighth shōgun of the Tokugawa shogunate of Japan who ruled from 1716 until 1745.

Inokashira Onshi Kōen (Inokashira Park, for short) is in western Tokyo, Japan. The Kanda River starts from here. Founded in 1918, it is the first park the Emperor gave as a gift to the general public (Ueno is another). About 400 Yoshino cherry trees line the edge of the pond. The branches that stretch over the pond make for a beautiful sight.

If you’re up for a trip, you should visit this city in the west of Tokyo Metropolis. You can see many cherry trees, some of which are a few hundred years old.

The Zen temple Koonji has several large ones, including a 300-year old mountain cherry and a 200-year old weeping cherry. According to legend, a court noble named Ōe no Hiromoto built the temple in 1389. Although Toyotomi Hideyoshi’s Siege of Odawara (1590) left it destroyed by fire, Tokugawa Ieyasu helped restore it in the following year. It was rebuilt again after another fire burned everything but the temple gate down in 1697.

Tama Forest Science Garden, an arboretum at the base of Mt. Takao has around 2,000 cherry trees that come from 250 different varieties. There are also 13 hectares of natural forest and an arboretum housing domestic and foreign kinds of trees. Takeda Shingen once fought a battle against Hojo Ujiteru on the site before the Tokugawa shogunate took custody of the land.

Can’t get enough blossoms? See our mega guide to sakura spots in Tokyo.

Komagome Mitaka Musashino Shinjuku Ueno
Written by: Emily Ting
Filed under: Outdoors | Things to do
Tags:
Sharing
Questions or comments about this article?
Start a thread on our community forum
Ask our local experts about Tokyo