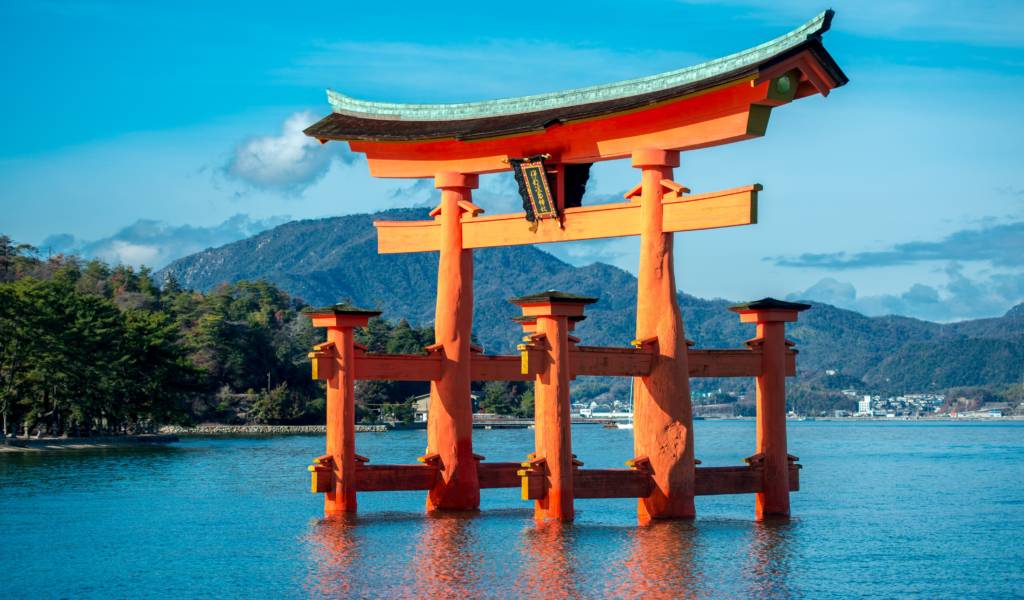 Planning a Tokyo-Kyoto-Hiroshima Trip: Which Rail Pass to Choose

When talking about what to see and where to go during your time in Japan, the Tokyo-Kyoto-Hiroshima itinerary comes up as a must-do. The three prefectures are well connected by high-speed rail networks, and with discount passes available, the route can be traveled easily and economically. The question is: which rail pass, if any, works best for your budget and plans? And what are the alternatives?

Suggested Activity
Mini Tour of Hiroshima
See the A-Bomb Dome in Hiroshima and then visit the legendary Itsukushima Shrine, known for its "floating" torii gate in the sea.
Click here for details

Note: We’ve also covered the best ways of getting from Tokyo to Kyoto and Tokyo to Hiroshima, so if you’re thinking about taking one of those individual journeys, you’ll want to take a look at the dedicated articles.

To find out what awaits at each destination (and how to get around while you’re there), read through our Kyoto and Hiroshima area guides.

How far apart are these places?

Tokyo, Kyoto and Hiroshima are all on the main island of Japan (Honshu). Tokyo’s up in the north-east, while Hiroshima is way down south-west and Kyoto is somewhere in the middle (sorta). You can just about draw a diagonal line between them.

Tokyo to Kyoto: Roughly 450km, 2 hours and 40 minutes by bullet train (if using a JR Pass)

Kyoto to Hiroshima: Roughly 350km, just under 2 hours by bullet train (if using a JR Pass)

Note: Kyoto is just half an hour away from Osaka, meaning you can easily explore Japan’s kitchen as part of your trip!

Hiroshima to Tokyo: Roughly 800km, 4 and a half hours by bullet train (if using a JR Pass)

Best choice for the Tokyo-Kyoto-Hiroshima itinerary: The Japan Rail Pass

For short-term visitors to Japan, the Japan Rail (JR) Pass is the numero uno cheapo way to travel around the country—and that includes the Tokyo-Kyoto-Hiroshima itinerary.

The JR Pass allows unlimited rides on all Shinkansen (barring the two fastest), as well as local, rapid and all other kinds of JR trains, plus buses, across the whole of Japan. It also includes the JR ferry that takes you over to Miyajima from the port at Hiroshima.

Green Passes, aka first-class passes, are available for a bit more, but aren’t necessary unless you are traveling with an inordinately large bag or an angry cat (true story). For most folks, economy-class passes are just fine.

When you add in the transport at your destination, you start to see how much you stand to save with the pass (in some areas, you may need to use the odd private train line, but this can mostly be avoided).

It’s advisable (and historically necessary) to buy your JR Pass before arriving in Japan. You can find out more about the JR Pass and what you can do with it in our dedicated JR Pass guide. And here’s what you can expect when riding the Shinkansen.

If you’re a longer-term visitor (here for anything over 90 days) or resident, you, sadly, do not qualify for a JR Pass. You do, however, have other money-preserving options—so keep reading.

Pro-tip: If you’ve got big bags, it’s advisable to have them stored temporarily or ported to your accommodation. This way you avoid wildly rolling luggage—and eyes—on board the Shinkansen.

If you’re not keen on a JR Pass, you can always combine cheap domestic flights, regional rail passes and discount Shinkansen ticket+subway packages to manage the trip on a budget.

For example, you could travel from Tokyo to Kyoto with this ¥21,000 round-trip ticket deal that takes about 22 percent off the regular price and throws in a one-day Kyoto subway and bus pass to boot. If you want to check Osaka off your bucket list, there is a similar round-trip package that you might consider.

Note: The same rule about short-term visitors only applies to this pass.

It’s best to buy it before you arrive in Japan; while you can get it in the country, buying it here costs more.

Flights between Tokyo and Hiroshima can be had for under ¥10,000, if you play your cards and calendar right:

Winging it between Tokyo and Kansai International (in Osaka) can also be done on the cheap:

But not so much of the jetting between Kansai and Hiroshima:

Pro-tip: Be sure to factor in airport transfer fees before excitedly booking a whole string of plane rides. To give you an idea of how much transfers cost, check out our guides to getting places from Narita, Haneda and Kansai International Airport.

A dirt-cheap, not entirely impractical, alternative to all of the above is buying a Seishun 18 rail pass (if you’re here when they’re on sale) and taking a slow meander from Tokyo to Kyoto and Hiroshima—on local and rapid trains only. No expresses. Whatsoever.

It’s also possible to use overnight highway buses between the cities. If you’ve got time to spare, these buses can be a good way to save a few yen—one-way tickets from Tokyo to Kyoto (or Kobe/Osaka) go for around ¥8,000 (sometimes half that), while the return from Kyoto to Tokyo starts at just ¥3,500.

You could take a bus from Tokyo to Hiroshima and then head up to Kyoto, or do Tokyo to Kyoto and then down to Hiroshima, before hopping on the bus back to Tokyo. Play around on the booking site to see what works best for you.

Note: You can stow your baggage in the bottom of the bus.

Doing the trip by car

If you were thinking of renting a car and driving from Tokyo to Hiroshima and back, you might want to reconsider. While the roads are in really good shape, the route is slow and can be congested—not to mention expensive. Highway tolls are plentiful and profitable in Japan. Do your sanity, wallet and the earth a favor and take the train or bus instead!

How long do I need in each place?

It all depends on what you’re wanting to see and do in Kyoto, Hiroshima and Tokyo. A week is about as short as you can make the trip without it feeling rushed. If you’ve got a bit more time, you can probably expand your itinerary to include other destinations, like Tohoku (north-east Japan) and even Hokkaido (the far northern island).