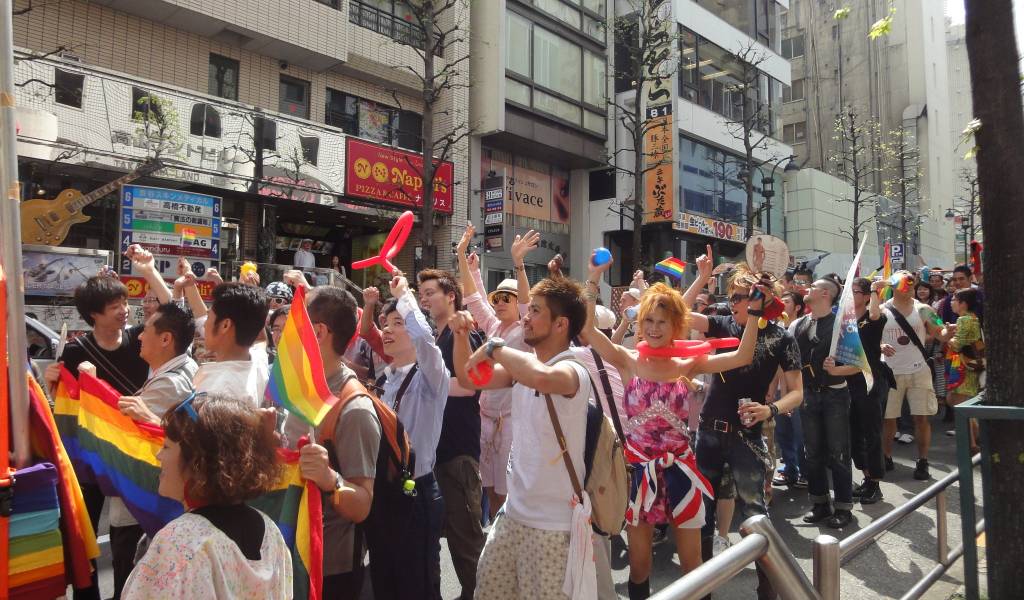 Golden Week festivities will be in full swing from May 3-7—and we’ve listed all the free ones below!

Tokyo Sea Life Park – Free Admission Day (May 4): Tokyo Sea Life Park is a very impressive aquarium whose mission is to display animals from Tokyo’s own sea and the rest of the world. Of notable importance is its famed bluefin tuna tank and penguin park.

Ueno Zoo – Free Admission Day (May 4): Tokyo’s oldest and most famous zoo, known for its pandas, gorillas and tigers, is free to enter on Greenery Day. The zoo is housed in Ueno Park, perfect for a stroll either before or after.

Tama Zoo – Free Admission Day (May 4-5): West of central Tokyo is the massive Tama Zoo. It has three ecological areas: African, Asian and Australian. Some of the must-see animals include: tapirs, snow leopards, red pandas, wild African horses, koalas and kangaroos. There’s also a lion bus where you drive into the enclosure for a close-up experience. Other highlights include the bird dome, Butterfly House and Insectarium.

Inokashira Park Zoo – Free Admission Day (May 4): This zoo is much smaller than the previous two, but its focus on Japanese and Asian species including deer, monkeys and aquatic birds makes it a contender to fill your afternoon. The park also contains a botanical garden and sculpture museum.

Museum of Modern Art – Free Admission Day (May 7): The MOMA houses mainly Japanese works of the 20th Century including a number deemed ‘Important Cultural Properties’ or masterpieces—see it all for free this Sunday.

Haisai Festival of Okinawan Culture (May 3-7): The Haisai Festa is an annual event which celebrates the many aspects of Okinawan culture—from cuisine, music, dance, traditional arts and more. A major draw of course are the various food and drink stalls serving up local specialties (like soba and awamori). And stick around for the traditional eisa performances with plenty of energetic singing, chanting, dancing and drumming.

Kachiya Festival – Samurai Procession (May 5): Join 100,000 other visitors as they watch a traditional samurai procession around Katori Shrine. There will also be a dedication ceremony to kachiya (winning arrow, hence the name) in honor of Fijiwara no Hidesato, a warrior who prayed for victory before a battle some thousand years ago.

Cinco de Mayo Festival (May 4-6): This lively three-day festival will host a slew of musical acts from across Latin America, a perfect soundtrack for a outdoor Golden Week party. There will also be piñatas, food, craft beer and Latin dance/exercise lessons. Takes place at Yume no Hiroba (Symbol Promenade Park).

Kurayami Festival (April 30-May 6): This festival is touted as one of the “three strangest festivals in Kanto”. Given that the competition includes a festival parading giant phalli and another in which participants have faces painted on their bellies, that’s really saying something. The festival takes place mainly in and around the Okunitama Shrine in Fuchu over a period of 6 days. The first day involves a trip to Shinagawa to collect seawater. The main days for activities appears to be on Thursday and Friday.

Spring Oktoberfest (April 28-May 7): The spring edition of Oktoberfest will be taking place in Odaiba over Japan’s Golden Week holiday. Entrance is free but food and drink is pay as you go. There will be a plethora of beer stalls, featuring both German and local Japanese brews, and food stands with the usual German fare, like pretzels, sausage, sauerkraut and more.

Tokyo Rainbow Pride (April 29-Ma7): Tokyo Rainbow Pride celebrates Tokyo’s LGBT community. But no matter your gender or sexual orientation, anyone can enjoy the more than 60 events held throughout the week. These include performances and booths in Yoyogi Park for LGBT-friendly businesses. Finally, Rainbow Week finishes off with the highlight of any Pride event: a parade on May 7 with a 3-km route around the Harajuku/Shibuya area.

Odaiba Hawaii Festival (April 29-May 7): This year’s festival will feature Hawaiian music performances by national and international artists, a Polynesian show, Hula & Tahitian dance shows, and Hawaiian market where you can pick up goods and snack on tasty Hawaiian food.

Machida Ramen Festival (May 2-7): This weekend marks the end of this foodie festival—so don’t miss your chance to try some famous and tasty ramen. Bowls are 850 yen a pop and you can taste various regional flavors hailing from all over the country. This year they have also added fried rice and dumplings, so you basically never need to leave.
Azalea Festival at Nezu Shrine (Apr 8- May 5): Nezu Shrine’s 300-year-old garden is at it again this spring with its colorful azalea bushes, of which there are 3000. In addition to that, there is a plant fair, an antique fair, and many festive stalls.