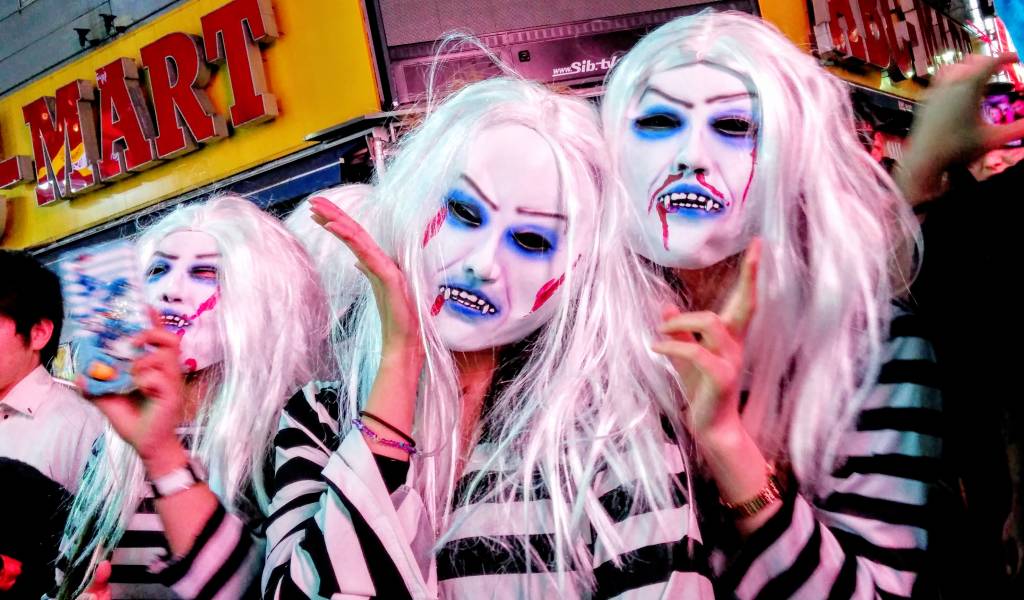 This weekend is Halloween weekend—so throw on your most deceitful outfit and run amok with the other creepy and kooky creatures of the night.

Not your thing? Pay the mad hatters no mind and scroll on, as there are plenty of traditional and food festivals on the docket.

Halloween Street Parties: Although actual Halloween is on a Monday this year, we expect Saturday night (Oct 29) to be the night to head to Shibuya Crossing for quite possibly the world’s largest street party. Friday and Monday should also see plenty of revelers. And as with past years there is no official organizer, so you just show up after dark and join the crowds. Read our guide on what to expect here.

Kawasaki Halloween Parade 2016 (Oct 30): The famous Kawasaki Halloween parade is back and, unlike the following parades, is geared towards adults—so expect a good dose of scary and sexy in tandem. Free to watch, 1,000 yen to join the parade with registration.

Omotesando Pumpkin Parade (Oct 30): Taking place along the swanky streets of Omotesando is this popular kids’ parade. Children under 12 can participate, and will be able to trick-or-treat at participating stores in the area.

Roppongi Hills Halloween (Oct 29): Another one for the little ones, this event hosts a parade as well as a costume workshop.

Looking for something a little more “grown up”—check out our list of the best Halloween parties in Tokyo for you late-night freaks.

Festivals for the rest of us

Oedo Beer Festival – Autumn 2016 (Oct 26-30): Calling all craft beer lovers. This event will have you trying both domestic and international brews starting at only 500 yen.

Tokyo Ramen Show (Oct 27-Nov 6): Want to follow your brew with a hearty bowl of ramen? Look no further than the Tokyo Ramen Show held in Komazawa Olympic Park. Bowls ring in at 850 yen—yum!

Aoyama Festival (Oct 28-30): A traditional festival-parade combo taking place along Aoyama Dori from Aoyama Itchome Station right down to Aoyama Gakuin University between Omotesando and Shibuya stations. Participation will extend from various national groups and regions from throughout Japan. The festival also includes markets, concerts and a fashion swap party.

Koenji Festival (Oct 29-30): This community affair will focus around lots of food, music, characters, activities for the kids—and even live wrestling matches! Check out some pics from last year’s event here.

Tokyo Vegefood Festival (Oct 29-30): If you’ve attempted to eat vegetarian/vegan in Tokyo before, you know how near-impossible it is. But luckily there is the Vegefood Festival serving an all-vegan menu, so you can chow down—worry and meat (byproduct) free!

Kanda Used Book Festival (Oct 28-Nov 6): One of the biggest events of its kind, word nerds might just go gaga for the stacks and stacks of used/antique/rare books along Yasukuni Dori in  the Jimbocho district of Kanda.