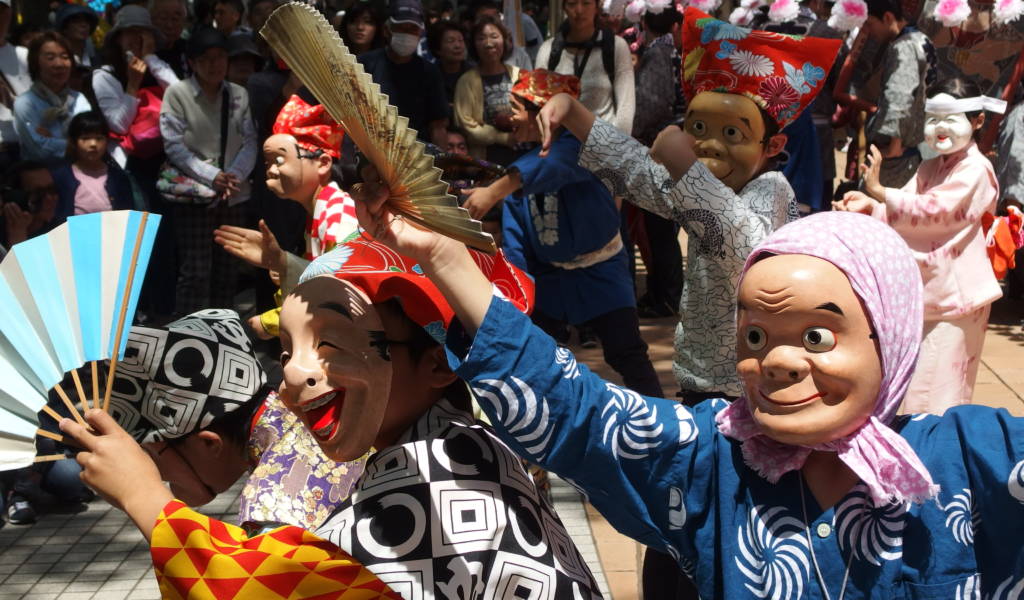 This year, Golden Week holidays begin on April 28 with many of the events spanning the whole week and ending on May 6. There are plenty of fun ones to choose from, so you’ll have no problems filling up your holiday schedule!

A fantastic chance to see the work of ShootTokyo—aka photographer Dave Powell—while sipping on the best coffee or craft beer in the city.

A ramen festival celebrating women and girls who like to chow down! Contrary to the name though, all genders are welcome to enjoy in a bowl of hearty ramen. There are plenty of different ones to try, and ring in at ¥900 a pop.

Started in 1956, this event was originally an April-Fool’s-type festival. Nowadays, however, you can expect the more traditional elements of a local festival: parades, costumes, dance performances, food stalls and a flea market too.

Tokyo Rainbow Pride celebrates Tokyo’s LGBT community with 60 events held throughout the week. These include performances and booths in Yoyogi Park for LGBT-friendly businesses. Finally, Rainbow Week finishes off with the highlight of any Pride event: a 3km-long parade around the Harajuku/Shibuya area. All welcome!

Ryogoku, aka “Sumo Town”, holds an annual festival celebrating the sport and the culture around it.Celebrations take place at multiple locations  in the area including the Kokugikan (national sumo stadium), the Edo Tokyo Museum and the Sumida Hokusai Museum. Plus lots of food stalls serving chanko nabe (sumo stew).

This festival is touted as one of the “three strangest festivals in Kanto”. Among the oddities will funny costumes, colorful mantou dances and bellies with faces painted on. Festival favorites include food stalls, floats, lanterns and various performances. The event takes place mainly around Okunitama Shrine in Fuchu over a period of 6 days.

Coming up and not-to-be-missed

Haisai Festival of Okinawan Culture – May 2-6

Prepare yourself for a belly full of laughs as funnyman Pete Johansson graces the stage in Shimokitazawa. Johansson gained international acclaim thanks to his popular Netflix special You Might Also Enjoy Pete Johannson, which was released in 82 countries, and a powerful appearance on Comedy Central’s This is Not Happening

Asia’s largest art event returns to Tokyo Bight Sight in Odaiba in May. Pre-purchase a ticket for ¥800 and feast your eyes on over 10,000 exhibitions. That’s cheaper than most exhibitions at the National Art Center in Roppongi, and the ambiance will be less stuffy too.