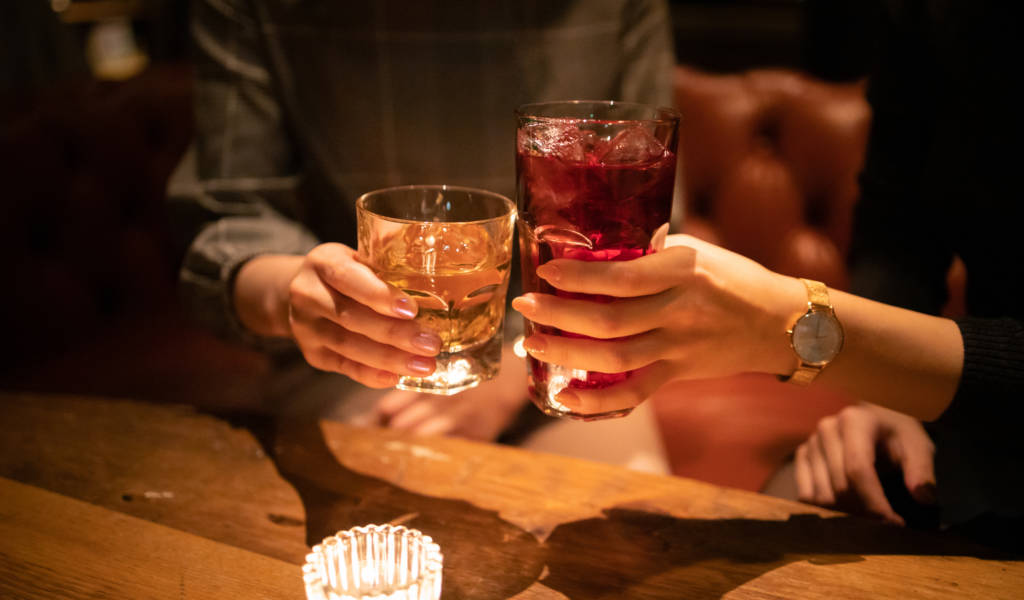 If you’re looking for a hearty welcome and the opportunity to meet new people, some bars in Tokyo are more foreigner-friendly than others.

Alcohol is the social lubricant that transcends cultures—and it’s no different here. In fact that, there’s a word for it: nominication. Cleverly combining nomi (the Japanese word “to drink”) and communication, and often used for work parties, the term easily extends to the prospect of meeting new people when you’re in a foreign country. Whether you’re living in Tokyo or just passing through, finding a friendly bar where you can strike up conversation with a stranger and not feel like you’ve walked into a gentlemen’s mafia meeting can be a lifesaver when you’re craving some social contact.

Heading to a place with a reputation for foreigners can seem like you’re walking into a trap or not experiencing the “real Japan”. While sometimes that’s true, it can actually be a great way to meet locals as well as fellow foreigners. The more outgoing, keen-to-speak-English locals frequent these places, so while hole-in-the-wall bars are a great experience, language barriers and occasional rejections can be tiring. With that in mind, here are some of the most popular foreigner-friendly bars in Tokyo where you’re guaranteed a warm welcome and some good conversation too!

Top tip #1: Remember to read up on the rules, remedies and lingo for drinking in Japan.

A European-style drinking spot with communal seating areas and a dozen or so bars and food trucks to choose from, Commune 2nd is a great place to go, especially in summer. While it isn’t as easy to mingle here as other spots on our list (mainly because people are less drunk here, let’s be honest), it has a really relaxed feel, which can be hard to find in the city sometimes. Traditional Japanese food and drink is combined with vegan and international options, which draws a mix of creatives and younger patrons, both foreign and Japanese.

A small but warm bar hidden in Golden Gai (and with a second branch in Omoide Yokocho), Albatross is a chandelier-lit haven from the busy streets of Shinjuku. They offer unusual cocktails featuring local flavors like yuzu and ume (plum) as well as modern twists like earl grey. There is a seating charge, but it’s worth it if you’re staying for more than one drink.

Loud, often showing sports and usually evoked in a dramatic Tokyo drinking story, Tasuichi is a well-known watering hole. Attracting a good mix of foreigners and Japanese folks, there’s a reliably rowdy atmosphere. Plus the standing aspect means it’s pretty easy to meet people over shared tables and awkward elbows. Drinks are cheap (from ¥300!) and the location is hard to beat.

Designed as a language bar, Speak Easy Bar is the nominication concept solidified, and a guaranteed place to have a chat. They have a decent drinks menu starting at ¥500 and hold different language nights throughout the week, with social parties and culture-themed events too. Choose from Fiesta Latina Night (with mojitos!), a 50s French Night or Chilean Thursdays—there’s a whole lot to be said for new cultures in new cities.

A smart option with a decidedly American feel, Two Dogs has amazing pizza and 25 craft beers on tap to choose from. Since over half the beers are Japanese, you can get a taste of the Japanese scene while relaxing in a home-away-from-home vibe (or somewhere vaguely familiar if you watch American TV). While the drinks aren’t cheap, there’s a happy hour to take advantage of and English-speaking servers. The clientele is largely Japanese during the week and skewed to foreigners on weekends, so take your pick!

Top tip #2: Feel awkward walking up to strangers at a bar? Join a Tokyo Pub Crawl to help ease the socializing aspect.

A bar with an unusual pricing system, 300 Bar offers almost everything on their menu for 300 yen—all purchased through a ticket system. They focus pretty hard on attracting foreigners and succeed, with many of the expats from local businesses dropping in for work alongside their Japanese colleagues. It’s a standing bar which certainly makes it easier to mix and the communal tables mean you can pretty easily merge groups and make friends! They have three locations in Ginza, with DJs at the 8-Chome branch if you want a livelier evening.

Shots, shots and more shots: Geronimo is a long-standing Roppongi institution. And if you’re looking for a raucous night, then this is where to start. Offering free entry, decently priced drinks and free shots whenever a drum is sounded (which is surprisingly often), it’s an easy place to get into the going-out mood. There’s a nice mix of regulars and newcomers, largely foreign and some of the friendliest in the area.

A new addition to the scene, Trunk has managed to make a name for itself as a bar as well as a hotel. Located just off Cat Street and an easy stroll from Shibuya Station, it’s a spacious and chic spot especially good in summer, with a large outdoor terrace. Offering fancy cocktails created by their trained mixologists, there’s also a simple (and more affordable) menu to be had if you can’t afford to be fancy all night. Thanks to its hotel function, there are international staff and an ever-rotating clientele, so you never know who you’ll meet.

Known as much for the friendly owner as its atmosphere, Coins is a small local bar with a simple pricing strategy. Drinks start at three coins—¥300—and you can try sake, beers and cocktails. Head over on a Saturday for a hip-hop night and make sure you have a chat with the staff, they’re always super friendly!

A closer approximation to a British pub than Hub (see #11), Good Heavens is a busy community with a whole host of events to peruse. With regular comedy nights, science-based meet-ups like Nerd Nite, classic trivia nights and as the regular host of Perfect Liars Club, there’s a great selection of entertainment to choose from. The menu is decent, the walls are lined with books and you can get chips with actual vinegar—what’s not to love?

Hub is the original foreigner bar in Tokyo and tends to elicit a love/hate relationship with people who’ve been in Japan a while. Thanks largely to its openly “British” theme, this chain draws in plenty of locals seeking language lessons or that foreigner feel, so it’s a surprisingly good place to get talking and meet people. Plus the drinks are incredibly reasonable. There can be a certain type of gaijin-hunter vibe here, though, (especially for girls) and since Dutch courage will be had aplenty, be prepared to get pretty firm with your “thanks, but no thanks” responses if you’re not interested.

You’ll be happy to know that a few bars mentioned in this article are also on our favorite cheap bars in Tokyo list.