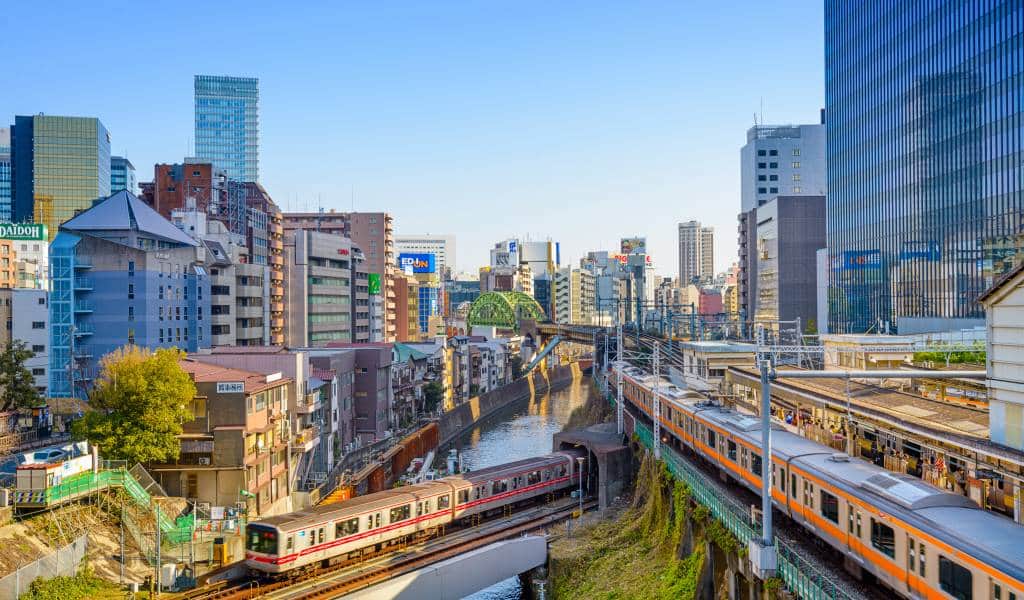 The Greater Tokyo Pass: A Guide to Cheaper Travel

The Greater Tokyo Pass is the hipster alternative to the Japan Rail Pass. Forget the Yamanote Line, take the metro and explore the city and surrounds instead.

Offering unlimited rides on 12 private railways and 52 bus companies in and around Tokyo, this pass certainly gives you options. Rather than asking which lines are included, it might be easier to say which aren’t—basically JR and Limited Express trains. While you might think missing those options would be a big deal, in Tokyo it isn’t actually too bad. The biggest inconvenience is probably the Yamanote Line, but you’ll soon forget about that.

The biggest decider for getting this pass is whether or not you plan on venturing out of central Tokyo because, if not, a regular top-up IC Pasmo/Suica card would be cheaper. But read on to find out about your choices.

Where to buy the Greater Tokyo Pass

There are ticket counters at both Narita and Haneda Airport, and at 37 different Tokyo train station pass offices and tourist information centers. These include central stations (Tokyo, Shibuya, Ikebukuro, Shinjuku) as well as smaller ones (Ginza, Ochanomizu, Takadanobaba). In Kanagawa Prefecture, you can head to either Odawara Station or Yokohama to pick up the pass.

Divided between three days, the pass has a “daily cost” of ¥2,400, which can be surprisingly hard to reach if you’re doing regular sightseeing in the central Tokyo area.

So the only way to get your money’s worth is to go beyond the central spots and rack up those miles. Luckily, the pass covers quite a wide area and includes some popular sights that are probably already on your list like Nikko, Yokohama and Enoshima. (See below for trip ideas and a sample itinerary.)

While the Greater Tokyo Pass has an impressive roster of train lines, there are always going to be some limitations.

The pass does not cover Limited Express trains. That means traveling those longer distances will be slower. However, since those trains can be pricey anyway, consider if they fit into your budget in the first place.

The pass does not cover JR lines. While bigger stations are always going to have a few private-line alternatives, you will still have to pay a little extra to reach some locations like Kamakura and Takasaki, which only have JR or uncovered line access. This also means you may end up changing trains a little more often if there isn’t a direct non-JR line.

On a practical front, the pass is paper-only, so you will have to present it at each staffed ticket booth rather than using the ticket gates. While this isn’t a problem in quieter stations, in places like Shinjuku and Shibuya, the enter/exit process can take a while when busy. Also, you are required to have your passport on you (although you may not always be asked to present it) to prove the pass is valid.

The pass covers some great Tokyo destinations—plus a few in the surrounding prefectures. In addition to allowing you to access everything from the Imperial Palace to Harajuku to Sensoji Temple, it covers trips a little farther out as well.

For how to make the most of the pass, here is a three-day itinerary that includes main attractions. We use Shibuya as a base for traveling to and from, but prices will stay pretty similar wherever you are in central Tokyo. The offical Greater Tokyo Pass site provides its own impressive savings examples, but it relies heavily on users arriving from and returning to Narita Airport. If that’s you, it’s pretty simple to make the pass worthwhile. If not, it can be a bit of a struggle to reap the benefits of the pass. Hence, we’ve included one day of airport travel and combined it with inner-city sightseeing, followed by two days of trips a little further afield.

If we’re being honest, it was pretty tough to come up with a schedule that significantly beat the price without creating impossibly busy days. The comparison prices uses the best available route and includes JR lines if they offer a quicker option, but not Limited Express trains.

The pass itinerary saves a total of ¥1,840. And if you squeezed in even more sights, you’ll save even more. Making a trip down to see Odawara Castle is a good option if you have an extra day for the inner-city sightseeing too. If you have another trip to Narita or Haneda, the pass is better value—otherwise prepare to be busy!