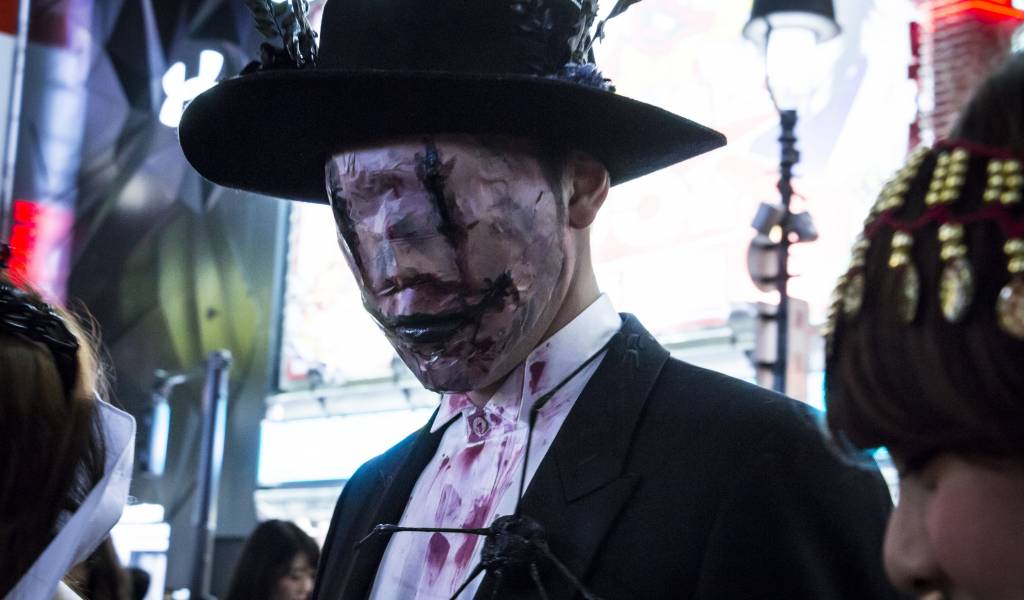 Halloween Street Parties: Although actual Halloween is on a Tuesday this year, we expect Saturday night (Oct 28) to be the night to head to Shibuya Crossing for quite possibly the world’s largest street party. Friday and Tuesday should also see plenty of revelers though. And as with past years there is no official organizer, so you just show up after dark and join the crowds. Read our guide on what to expect here.

Zombie Rooftop Halloween Party (Oct 28): Break out your ghoulish and outrageous outfits and join Tokyo Cheapo and Tokyo Chapter for a frightfully fantastic night to celebrate Halloween. The newly renovated rooftop at Ninetytwo13 will be ready for this blood-curdling night along with plenty of indoor space—so rain, cold, or moonshine the party is on. Best costume wins a prize!

Roppongi Hills Halloween (Oct 28): One for the little ones, this event at Roppongi Hills hosts a parade for tots, as well as a costume workshop. Goes from 10:30am to 1:30pm.

Ikebukuro Halloween Cosplay Festival (Oct 28-29): For a Japanese take on Halloween, you can join (or just watch) the Ikebukuro Cosplay Festival. Taking place on the east side of the station at Higashi-Ikebukuro Central Park. There will be stage events, mainly a cosplay runway, and a beginner-friendly area with props for photo ops. It’s ¥1,000 to join per day.

Kawasaki Halloween & Pride Parade (Oct 29): The famous Kawasaki Halloween parade is back and, unlike the following parades, is geared towards adults—so expect a good dose of scary and sexy in tandem. An exciting new addition to this year’s celebrations is the Pride Parade, held in tandem with the main event. Free to watch, 1,000 yen to join the parade with registration.

Omotesando Pumpkin Parade (Oct 29): Taking place along the swanky streets of Omotesando is this popular kids’ parade. Children under 12 can participate, and will be able to trick-or-treat at participating stores in the area.

Looking for something a little more “grown up”—check out our list of the best Halloween parties in Tokyo for you late-night freaks.

Tokyo International Film Festival (Oct 25-Nov 3): Back for the 30th time, the Tokyo International Film Festival (TIFF) will screen more than 200 films, including some upcoming releases, from different countries. The opening film of this year’s TIFF is Fullmetal Alchemist, the live-action adaptation of the manga and anime of the same name. Meanwhile, the closing film will be An Inconvenient Sequel: Truth to Power, the sequel to An Inconvenient Truth. For most TIFF screenings, buying tickets online is required.

Chofu City Fireworks Festival (Oct 28): Usually taking place in the summer, this festival is a nice autumn treat setting off 8000 fireworks for a modest crowd of 35,000 people (compared to the millions who attended the grand Sumida Festival in July).

Koto Ward Citizens Festival (Oct 28-29): Make your way to Kiba Park for an Edo-period inspired festival with a throw-back to the area’s logging history.  Back in those days performers would balance on floating semi-milled logs. You can see that and more (tricks on top of ladders and boxes placed on the logs) this weekend. Very impressive!

Oedo Beer Festival – Autumn 2017 (Oct 25-29): Calling all craft beer lovers. This event will have you trying both domestic and international brews starting at only 500 yen.

Tokyo Ramen Show (Oct 26-Nov 5): Want to follow your brew with a hearty bowl of ramen? Look no further than the Tokyo Ramen Show held in Komazawa Olympic Park. Bowls ring in at 850 yen—yum!

Koenji Festival (Oct 28-29): This community affair will focus around lots of food, music, characters, activities for the kids—and even live wrestling matches! Check out some pics from past events here.

Kanda Used Book Festival (Oct 27-Nov 5): One of the biggest events of its kind, word nerds might just go gaga for the stacks and stacks of used/antique/rare books along Yasukuni Dori in  the Jimbocho district of Kanda. Makes for unique souvenirs too!