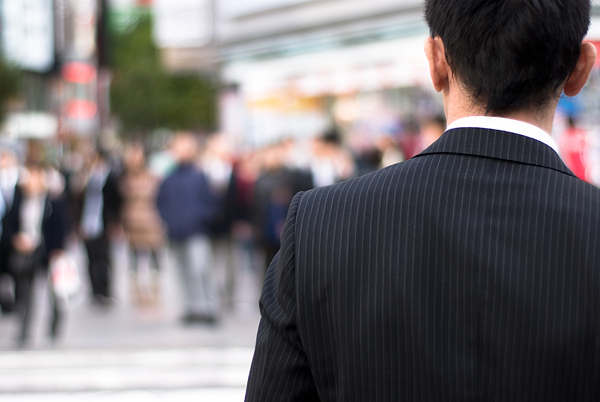 Making the Most of Business Trips to Tokyo: An Itinerary

If you’re jetting off to Eastern Capital on the company’s dollar and want to make the most of it, then look no further, we’ve got the guide for the perfect Tokyo business trip!

Now, of course you have work to do and that’s the primary focus, so your time for sightseeing is limited—but that doesn’t mean you can’t see the best bits. With any luck you’ll be staying somewhere pretty central and can make the most of your limited time, without wasting too much of it on the metro. Tokyo is huge, but there’s always plenty to see nearby; be it the world-famous Shibuya Crossing or the local dive bars and drinking alleys—you won’t be wasting any precious free time in the city. Since Japan is famous for omotenashi—the rather intense style of hospitality—you may find that you have dinner taken care of by your hosts, which will probably result in drinking and hopefully karaoke. There’s no better bar guide than a Tokyo salaryman, so embrace any offers you receive and prepare to get messy.

We’ve broken this itinerary down into time chunks since all trips will vary—so whenever you can grab an evening, afternoon, morning or even a full day, there’s always something to do. We’ve even thrown in some food suggestions so you can spend that sweet, sweet meal allowance on something better than a convenience-store sandwich.

Mornings are prime time if your schedule is busy, and while you may want to sleep in, jet-lag (or your sense of adventure) might have other ideas. There’s actually a surprisingly amount of things to do early in the morning that might already be on your dream checklist: you can watch sumo, visit the fish market and see the most famous shrine and temple in the city—all before your meetings start at 9am.

If you’re after some breakfast options check out our guide to the best in Shibuya, and keep an eye out for Yoshinoya, a cheap and cheerful spot serving traditional breakfast sets across the city. Breakfast and a stroll through the city as it wakes up in a perfect way to start your day feeling like you’ve seen some of the city, rather than hopping from hotel room to meeting room without so much as an ohayo gozaimasu. 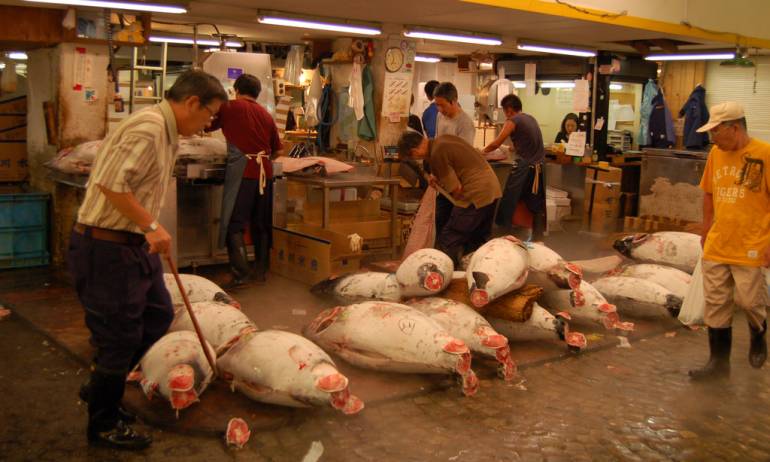 If you’re up super early thanks to jet lag and don’t fancy lying in a dark room pretending to sleep until your alarm goes off, why not get up early and see the city? You could catch a taxi to the world-famous fish market and be in a meeting by 9am without breaking a sweat, just make sure you shower off that smell!

The auction starts at 3am (but be there at least an hour early to join a queue for entrance) or you can wander around the outer market anytime after that—just wear appropriate shoes and say you’re buying if you get into the inner market. There is an incredible range of sushi, sashimi and more to enjoy at the stalls, all as fresh as can be—and it makes for the perfect breakfast before work. You can even pick up a bento to take with you—you’ll get some pretty impressed looks if you mention where it’s from at the office!

Another of the top spots in Tokyo is Sensoji: the city’s oldest temple and most visited to boot. On the front of every guidebook to the city, you’ll probably recognize the giant red Kaminarimon Gate with its dangling chochin lantern as well as the crowds beneath it.

Since you’ll be here so early though, you’ll miss the rush and be able to see the area in relative peace. Although the shops won’t be open, you can still stroll through the buildings and small surrounding gardens full of deity statues and koi, giving yourself a bit of serenity before you start work. Read up on the history of the temple here and enjoy your early morning stroll!

Afterwards, or before if  you’re peckish, head to Soba Monju in the underground sections of Asakusa Station: a standing soba joint frequented by busy salary men for its high-quality, fast turnaround and low prices.

Option 3 – Sunrise at Meiji Jingu and a traditional breakfast

As the most visited shrine in Tokyo, Meiji Jingu is top of everyone’s list in Japan, and with good reason. Nestled in a large park and feeling a million miles away from the busy streets of Harajuku, it’s an oasis of calm in an otherwise hectic city. Luckily, the shrine opens at sunrise (between 5:30am and 6am depending on the time of year) so you can visit before work and even enjoy the view of the sunrise from the bridge just in front of the entrance.

Have a read of our full guide to learn more about the shrine of Western development and Japanese spirit, with its wine barrels, magic wells and peaceful atmosphere. Since you’ll be visiting so early, you’ll also get to see it in full tranquility mode—hopefully not too many people will have the same idea. Once you’re done strolling, there’s a Yoshinoya opposite Harajuku Station which opens at 5am, so you can enjoy a traditional Japanese breakfast set before you head off for a day’s work!

One of the images synonymous with Japan, sumo wrestlers are a sight to behold, and a terrifying one at that. While the tournaments are only held a few times a year, you can watch the wrestlers practice in their stables from around 7:30am. One of the best spots to watch is Arashio-beya, where the wrestlers have practice most mornings except for in March, July and November, but it’s best to call ahead the day before and check. Have a read of our article here on how to make those sumo dreams happen.

After a full day of business talk, presentations and meetings, it might be a good idea to head out into the hustle and bustle of the city to wake yourself up and brush away the cobwebs. Tokyo is never short of bright lights and entertainment, so you’ll never be far away from something exciting to do!

An easy target to cross off on your Tokyo list, the Shibuya Crossing actually looks best at night, so you’re in luck. At its busiest in the early evening as people head to the station, you can join the crowds and make your way across, or head to one of the best photo spots (we have some ideas here) to get that perfect shot.

There’s plenty to do around the crossing from shopping to drinking, and lots of bars to choose from once you head up past the main shops across from the station. There’s also plenty of great sushi to be had in the area—with our top affordable spots you’ll be able to try the conveyor-belt sushi without compromising on quality.

Shinjuku is a great spot to head to in the evening, with plenty of areas on the interesting side of dodgy and enough bars to serve the country, you certainly won’t be bored. We suggest you head to the Tokyo Metropolitan Government Building for a great (and free) view of the city, ideally at sunset if you can make it—otherwise the night view is impressive enough. Then you can either fill up on some udon and tempura at Tokyo Mentsudan  or explore the streets for something else delicious.

For a little unusual sightseeing head to the Toho Cinema to see Godzilla looming above the streets and get a great street view from the floor by the cinema entrance. Take a wander through the streets of Kabukicho with all its…er… delights and be careful not to get enticed into any sketchy bars (aside from being morally bankrupt, you might get left bankrupt yourself after the bill).

Wander up to Golden Gai to drink in the tiny bars that fill the alleys and take your pick, from rock-music-themed bars to walls covered in faux grass, you never know what you’ll get. For a slightly more rough-and-ready spot, head to Omoide Yokocho, aka Piss Alley, for chicken skewers and plenty of beer—just grab a seat and start making friends.

If you happen to be in Tokyo and free on a Friday evening, you can enjoy some of the city’s best art as three of the top galleries have late opening hours. The National Art Center in Roppongi has no permanent collection, and instead uses its space to host a variety of shows each year. The National Museum of Western Art houses a permanent collection of works spanning 800 years, including examples by Monet, Pissaro and Ruben among others. Last but certainly not least, the National Museum of Modern Art is home to an incredible exhibition of modern artists including Kiining Kandinsky and Boyd, as well as explorations of how Western art has influenced Japanese art and vice versa. All three museums are open until 8pm so you could squeeze some relaxing art time into your day. The National Art Center is in Roppongi and the National Museum of Western Art are a few minutes away in Nogizaka, so you could even hit both in one day!

After exercising your mind, why not relax your body? A key part of Japanese culture is the onsen, a public bath where you sit naked with strangers, soaking away the stresses of the day in silence. For the ins and outs of onsen etiquette, read here, and for a list of the best places (including some tattoo-friendly options) read here! If you want to make a night of it, or have an early morning flight, why not head to Oedo Onsen Monogatari—they have an evening discount and a shuttle to Haneda through the night.

If you’re lucky enough to get a day or even two free in your trip then you better be making the most of it. Have a look at our guide to spending 24 hours in Tokyo and cherry pick what suits you best. You can also check out our walking guides: we’ve got Shibuya to Harajuku to Meiji Jingu, an exploration of Takadanobaba or Ueno and the trendy Daikanyama and Nakameguro tour. We have itineraries for shopping, eating and architecture too, so you can focus on whatever you like the most.

Depending on your luck, you’ll probably be based in one of the main business or event areas in Tokyo. If you’re not so central, there’s still plenty to do so don’t worry.

Odaiba is an entertainment hub in Tokyo, with plenty aimed at families as well as some of the crazy things you might want to tick off your list. You can eat dinner at Gonpachi—the inspiration for that Kill Bill scene, or spend the evening chilling out at an onsen complex with yukata included. Check out our area guide with a video tour too, and have a look at 5 free and cheap things to do in Odaiba! 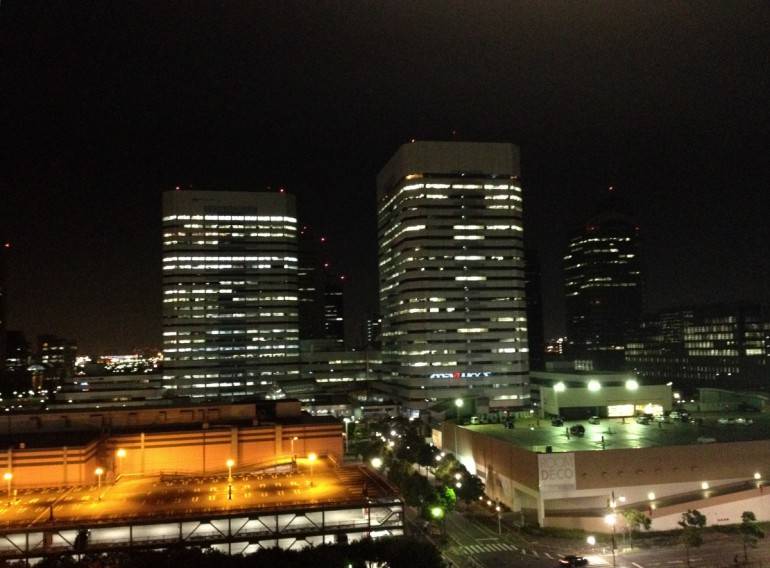 Makuhari is a relatively new commercial and retail part of town, but if you’re there for e any of the big events, you won’t be short of food and shopping options that’s for sure! You’re also only 40 minutes from Tokyo Station and 1 hour from Shinjuku and Shibuya—so you can still explore the city, just remember to check the times for the last train home!

Yokohama is the second biggest city in Japan and has plenty to offer, as well as being less than an hour from Tokyo, so don’t worry—you aren’t missing out, you just got two cities for the price of one! You can explore the contemporary art scene or visit Asia’s largest Chinatown. There’s the stunning Minato Mirai district, a fun day out at the Cup Noodles Museum or the Shin-Yokohama Raumen Museum and our guide to the area as a whole complete with video!